The U.S. invested billions in Afghanistan’s future. Was it all for nothing?

Home WORLD NEWS The U.S. invested billions in Afghanistan’s future. Was it all for nothing? 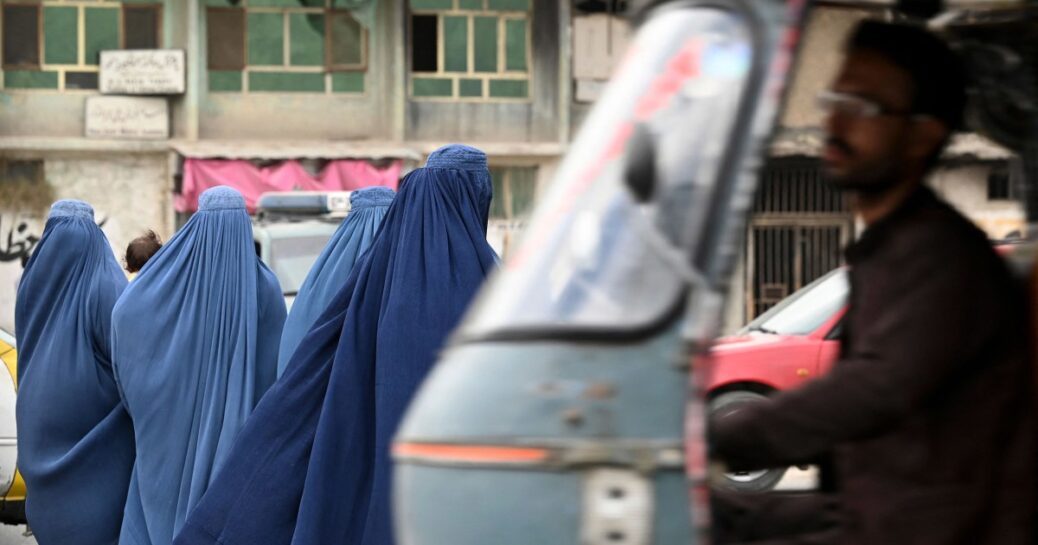 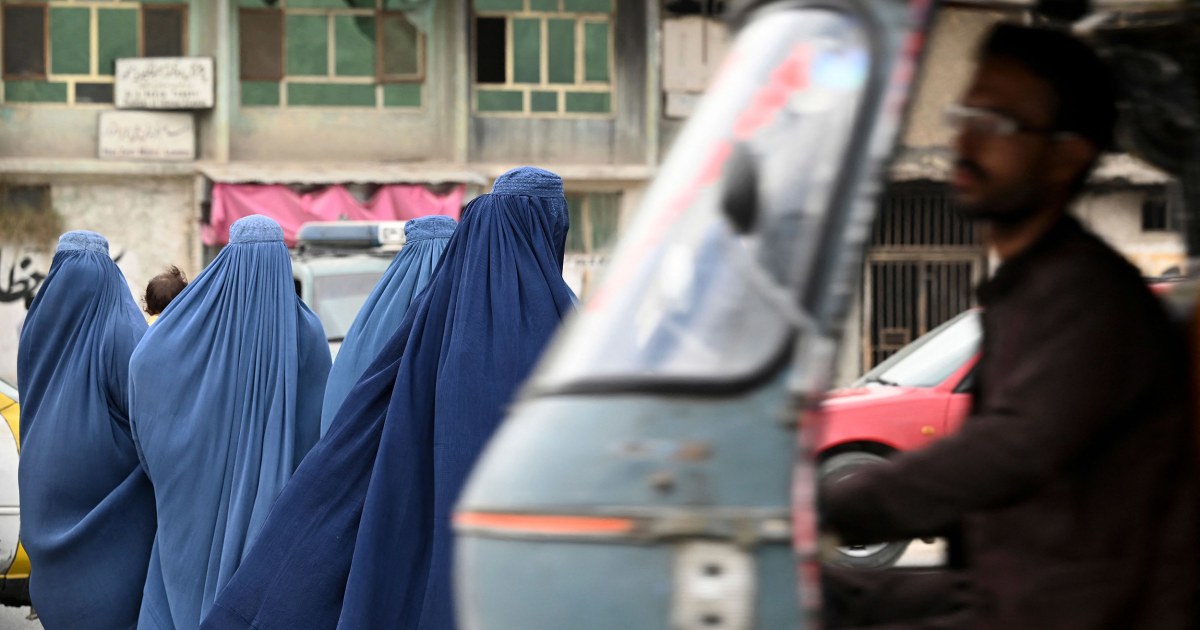 Panic rang in my friend’s voice as she spoke over the telephone from Kabul this week.

“Can you help us?” she asked. “I don’t know what we should do and where we should go.”

Fear has spread like wildfire across Afghanistan as the Taliban captured major cities like Herat and Kandahar. On Thursday the United States announced it is evacuating staff members from its embassy in Kabul.

My friend, who spoke on the condition of anonymity because she did not want the Taliban to target her, is worried about a lot of things — that violence will engulf Kabul, or that she’ll be forced out of her job because she is a woman.

But those aren’t her biggest fears.

“I am worried they will force me to get married,” she said, repeating reports the militants strenuously deny. “We are all worried.”

I met this proud professional woman some 15 years ago when I landed a job as a mentor and trainer at the U.S.-funded Pajhwok Afghan News, one of the country’s leading news organizations. At the time, I was part of an international army of aid workers who marched into the war-ravaged nation after the U.S.-led toppling of the Taliban.

Many foreigners in the country were convinced that the multinational occupation was not only righteous because it was rooting out Al Qaeda, the authors of 9/11, but also because it was good for Afghans themselves. After all, billions in aid dollars were flooding the country, revamping the government, funding a proliferating number of charities and encouraging a free press. All this was supposed to usher in a peaceful, democratic and more equitable country. The Taliban would be consigned to history.

Now, with the Taliban bearing down on Kabul, the capital, the U.S.’ multibillion-dollar efforts appear to be failing. And Afghans like my friend, who bought into this vast nation-building experiment, will end up being the biggest losers.

While Biden has said that the U.S. did not go into Afghanistan to “nation-build,” in effect the 38-country NATO alliance and the billions it brought tried to do just that.

A wall of cash funded everything from what U.S. officials called “democracy and governance” programs to a circus school for Afghan children in Kabul.

Of the $144.98 billion the U.S. has spent for reconstruction and related activities in Afghanistan since 2002, some $36.29 billion went to governance and development, according to the Special Inspector General for Afghanistan Reconstruction (Sigar), the office that has documented billions in waste and corruption since lawmakers created it in 2008. The United States Agency for International Development spent $71 million on the Afghan media alone, for example.

When he declared the U.S. “war on terror” after the Sept. 11, 2001, attacks, President George W. Bush also indicated that humanitarian aid was key to winning the struggle.

The “kindness” has curdled.

While aid has indeed helped many Afghans, it has also enriched security forces and government officials, according to Sigar.

And bolstered in part by the vast corruption and inefficiency of the Afghan government, the austere and harsh Taliban has made steady gains for years, setting up shadow governments around the country and signing up fighters. (The Afghan government and others will point to Pakistani support for the Taliban as a principal reason the militants have been successful.)

With rising Taliban violence, voter participation has fallen over the years, and raised the question: Was the desire for Western-style democracy and personal freedom ultimately not as widespread as Americans had hoped?

Millions of Afghans like my friend have tried to resist, but despite the Taliban’s harsh treatment of civilians and profoundly undemocratic outlook, the movement ultimately found more support than idealists had realized.

People like my friend hear reports of what happens after an area falls to the militants: Women are forced out of jobs or to flee, government workers are rounded up, and civilians who had been employed with foreign forces are killed.

Journalists, intellectuals, activists and prominent women — those who may have believed that Afghanistan could in even some small way model a Western democracy — are in mortal danger. For months, an assassination campaign has targeted prominent figures seen as liberal or Western.

‘This is not abandonment’

While a solid majority in the U.S. once supported the decision to invade Afghanistan in 2001, the war has since become unpopular with Americans, who tend to feel the conflict is just not worth the cost in lives and money.

President Barack Obama long considered pulling out. President Donald Trump, counting on the support of a large part of the Republican Party, even signed a withdrawal deal with the Taliban. Though some Republican hawks want to keep fighting, Biden has not faced significant opposition to the decision from within his own party.

Americans largely have lost interest in fighting to preserve democracy in the country. Still, U.S. officials maintain they are not walking away from the Afghan people.

Regardless, Afghans cannot be blamed for feeling betrayed: They have been told repeatedly that the United States and the international community would not abandon them.

In 2005, I watched then-U.S. Ambassador Zalmay Khalilzad, now Biden’s special envoy for Afghanistan, promise the Pajhwok’s newsroom that the U.S. would never abandon their country.

Javed Hamim Kakar, a senior editor at Pajhwok, remembers the moment, too — he has a photo of the visit on his computer.

“‘We will not abandon Afghanistan.’ They were telling us this every time,” he said, recalling his time spent at NATO summits and NATO foreign minister meetings.

“All of them were telling us that the U.S. would not abandon Afghanistan,” Hamim added.

He recounted the help the country has received over the last two decades: the billions in military aid, millions of Afghan children going to school, thousands of roads, schools and clinics built.

“The media was improved a lot — we have very good freedom of speech,” he said.

I helped train Frozan Rahmani, a former reporter at Pajhwok, in 2004 and 2005. I especially appreciated her stories about Afghan women reclaiming their place in society.

Rahmani now lives in Toronto, having left her homeland in search of a better life. It’s a path followed by many of Afghanistan’s educated elite as security in the country has deteriorated.

She said her uncle, an officer in the Afghan Army who worked with Canadian and American forces in Kandahar, was killed last year by the Taliban.

“The U.S. withdrawal is unreasonable,” she said. “The Taliban are the same Taliban who stoned women, banned girls’ education and are every day committing barbaric acts. I cannot imagine a superpower doing this.”

But now she is frantic with worry. Her sister and mother are still in Kabul, desperate to leave.

“Honestly, Brinley, it’s very difficult for me,” she said. “I don’t know how to help them.”

In the last days and weeks, I have received multiple messages from friends and former colleagues asking what, if anything, I can do to help them.

I can do nothing.

As an editor, I encourage writers to be strong and “look into the darkness.” Don’t look away and the story will tell itself, I say. But in the last few weeks I have often failed to follow my own advice, have blinked and averted my eyes — wracked by sorrow and guilt for what is happening to people who simply wanted peace.