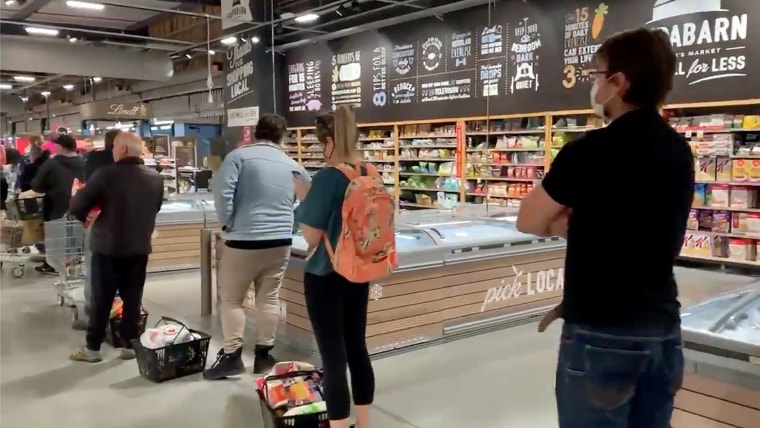 Police in Australia hiked fines for people breaking lockdown rules in Sydney and the rest of its home state on Saturday and strict stay-at-home orders were extended statewide amid a record jump in daily new Covid-19 infections.

State police will fine up to A$5,000 ($3,700) anyone breaching stay-at-home orders or for lying to contract-tracing officials, said state Premier Gladys Berejiklian. Previously breaching quarantine orders had carried a A$1,000 fine.

Locally transmitted infections surged by a record 466 over the previous 24 hours, eclipsing the previous daily high of 390 set on Friday. Four deaths were recorded on Saturday, taking the state’s total in the latest outbreak to 42.

It is becoming increasingly unlikely Sydney will end its nine-week lockdown on Aug. 28 as planned. Authorities had been talking about easing some restrictions if enough people are vaccinated and case numbers fall.

“We will get through this, but September and October are going to be very difficult,” Berejiklian said.

“This is literally a war, and we’ve known we’ve been in a war for some time, but never to this extent.”

Hundreds more defense personnel will be deployed next week to Sydney to help enforce the lockdown, with authorities particularly concerned about the spread of the virus to several regional towns.

A new A$3,000 fine will apply to people entering rural areas without an official permit, while stay-at-home orders were introduced for seven days in regional areas not currently in lockdown.

Weddings and funerals will get a day “grace period” and will be allowed on Sunday, but schools across the state will close, officials said.

The head of the Australian Retailers Association, Paul Zahra, said the state-wide lockdown would come as a shock to many regional towns and could cost the economy A$1.5 billion ($1.11 billion) per week.

The permit to enter rural areas will only be granted for certain reasons including authorized work, property inspections or urgent work repairs on a second home.

“The fines are some of the biggest fines that I’ve ever seen and we will be issuing them as of today,” said New South Wales police commissioner Mick Fuller. “Those people that have been getting around the orders, taking family vacations to other premises – that is over.”

In neighboring Victoria, where state capital Melbourne is in its second week of an extended lockdown, authorities reported 21 locally acquired cases, up from 15 a day earlier.

Despite the recent outbreaks, Australia still has far lower Covid-19 numbers than many other countries in the developed world, with just over 38,600 cases and 952 deaths.