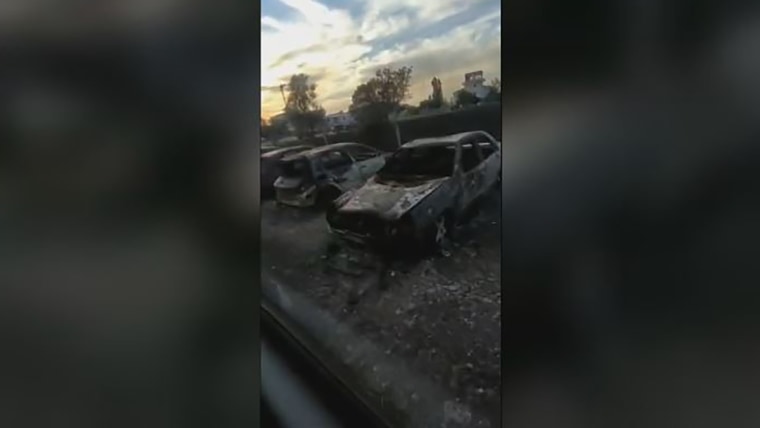 The package brings to $9.8 billion the total for U.S. military aid so far since Russia invaded its much smaller neighbor.

Here’s a look at weapons systems the U.S. has pledged to send and whether experts believe they meet Kyiv’s needs as it battles a military with many times its own firepower.

We apologize, this video has expired.

What are they getting?

One of the most powerful technologies being supplied to Ukraine is the Lockheed Martin-made High Mobility Artillery Rocket Systems, or HIMARS, used by the U.S. Army since 2007, said Mark Cancian, a retired Marine colonel and senior adviser at the Center for Strategic and International Studies, a national security think tank. It has a range of 47 miles and hits targets at a precision of 20 feet.

The other is the Norwegian Advanced Surface-to-Air Missile System, or NASAMS, a surface-to-air defense system developed by Kongsberg Defence & Aerospace and Raytheon Missiles & Defense, which can detect targets 75 miles away and engage them at 19 miles.

Ukraine’s government has been asking other countries for even longer-range weapons since the war began in February, and it continues to keep the pressure up.

Mykhailo Podolyak, an adviser to Ukrainian President Volodymyr Zelenskyy, said last week that if Russia were to continue using old Soviet technology and overwhelming Ukraine’s defenses with an avalanche of continuous shelling, Ukraine would require long-range missiles to have any chance of damaging Russian assets like ammunition warehouses.

Cancian said Ukraine has to fight smartly, because it has two-thirds less ammunition than Russia, so every weapons launch has to be precisely targeted and must hit a high-value Russian target.

He said Ukraine, which began the war with old Soviet weaponry, has done well, given its army has had to come to grips with complex new weapons systems while constantly under fire.

“We are pushing Ukraine through training programs in a few weeks. In comparison, we take a few months to train U.S. Marine Corps infantry,” Cancian said.

What don’t we know?

While the Defense Department continues to hold weekly briefings with the media, some military experts now suspect that some more sophisticated weapon technology donations given to Ukrainians are being kept a secret from the world.

On Monday, the Pentagon acknowledged in a news briefing that the U.S. had sent anti-radar missiles to Ukraine for the first time. The weapons have not been mentioned in any of the military aid packages announced so far by the Biden administration.

“It is what is not being talked about that could prove most important” to Ukraine’s war efforts, said Justin Crump, a 27-year veteran British army tank commander who was on the ground in Kyiv in July.

“Ukraine has more aircraft than it used to and better systems — this shouldn’t be happening six months into a war with Russia,” Crump said.

He said he suspected that Western governments have supplied Ukraine with the M982 Excalibur — a 155 mm precision-guided artillery shell that can be loaded into long-range M777 howitzer guns.

Developed by the Arizona-based firm Raytheon Missiles & Defense, the M982 Excalibur is touted as being able to hit any target, at any range, within an extremely precise distance of just 7 feet, Cancian said.

The Pentagon declined to comment on whether the U.S. was sending Ukraine weapons it has not officially announced.

On Tuesday afternoon, several explosions rocked the Saki air base in Novofedorivka, 99 miles behind the Russian front line in Crimea. The incident killed one person, the region’s Russia-appointed governor, Sergei Aksyonov, said in a statement.

Videos went viral on social media as users speculated that the explosions might be caused by long-range weapons, because it would be difficult for Ukraine to attack such a faraway target with short-range artillery.

Several military experts agreed in interviews. They said Ukraine was most likely using either drones or MGM-140 Army Tactical Missile Systems, also known as ATACMS, produced by the U.S. defense giant Lockheed Martin, which have a range of 190 miles.

“The explosions in Crimea were huge. They destroyed nine Sukhoi Su-24 and Sukhoi Su-33 Soviet aircraft and threw a steel beam through a car some way away,” said Crump, who is also the CEO of the geopolitical risk and intelligence consultancy firm Sibylline.

“Ukraine is still being coy on the cause, but clearly something is up,” he added, referring to the possibility that the West has sent more weapons systems to the country than it has officially announced.

Crump is leaning more toward drones. He said Western governments have so far hesitated to provide Ukraine with the longer-range ATACMS, because they fear Russia would see it as an escalation.

Are they new enough?

Ukraine has also been vocal in its wishes for new state-of-the-art weaponry, such as the Iron Dome, a mobile air defense system developed by the Israeli firms Rafael Advanced Defense Systems and Israel Aerospace Industries, which the makers say can intercept incoming missiles with a 97% success rate.

But Cancian pointed out that the weapons being donated to Ukraine are not exactly old equipment being tossed out by wealthier countries: The U.S. bought several NASAMS to protect the White House in the wake of the 9/11 attacks.

Stacie Pettyjohn, the director of the defense program at the Center for a New American Security, a Washington, D.C.-based military think tank, does not believe the world’s latest defense innovations are critical to turning the tide in the conflict.

She and Cancian said they feel much more lies in Ukraine’s ability to train up enough personnel to operate its new, often complicated missile systems, because they need to have enough mechanics to maintain the machines, on top of enough people able to staff them.

“F-16 fighter jets would take years to integrate,” Cancian said. “Iron Dome could be helpful, but [even] the U.S. doesn’t really have any. We have been testing some, but we don’t have any” in the field.

Ukraine must also fully shift to NATO’s standardized ammunition as soon as possible, which would enable more countries to donate compatible artillery and components for when the machines go wrong, Cancian and Pettyjohn said.

“In the end it might come down to some of the more mundane, less sophisticated systems like the 155 mm artillery shell rounds,” Pettyjohn said, referring to large-caliber projectiles typically fired from armored vehicles.

“Right now, Ukraine has so many pieces of equipment from so many countries that keeping them all working and having spare parts for them will be a real challenge.”