2 brothers were separated in one of Saddam’s jails. Now one believes he’s found the other.

Home WORLD NEWS 2 brothers were separated in one of Saddam’s jails. Now one believes he’s found the other. 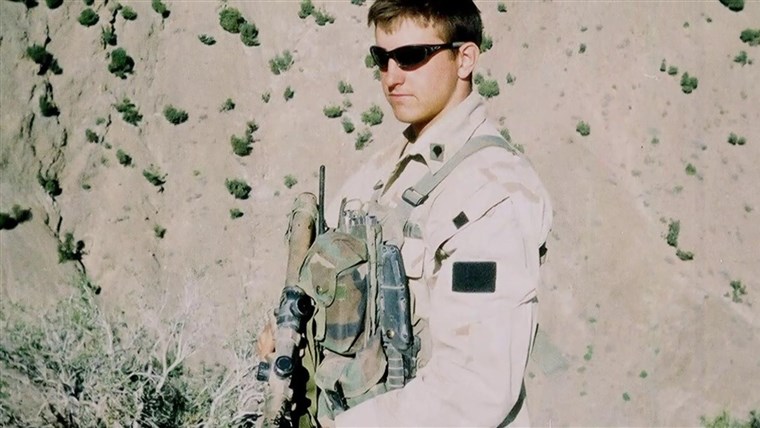 Forty years ago, two tiny brothers were hidden away in one of Iraqi dictator Saddam Hussein’s jails.

They were separated, their parents presumed killed.

Decades later, one of the former captives believes he has found his younger brother, and their October meeting in the searing sunlight on a Baghdad street was so raw and emotional that onlookers broke down in tears.

Haydar Jawad Nasser says he has not seen his brother Ahmed since December 1980 and, until recently, did not know if he was even alive. Ahmed says that until recently, he did not even know he had a brother.

The tale of their meeting has not only seemingly helped reunite a family broken by a brutal dictator, it is also a rare good news story in a country still struggling to get onto its feet nearly 20 years since the U.S. invasion, and decades after Saddam rose to power in the oil-rich country.

In Iraq, other families might have similar tales of missing loved ones, as the story of the broken Nasser family is also one of a broken country wracked by dictatorship, a foreign invasion in 2003, deadly sectarian violence and a bitter war against the Islamic State militant group.

It is impossible to say for sure if these men are brothers as they are yet to take a DNA test, but the potential for this all to be a tragic mistake does not appear to weigh on their minds.

Haydar, the elder brother, said they would take a test when the court requires it as they embark on the long journey of legally changing Ahmed’s identity. Neither seemed to yearn for biological evidence.

“When I saw Ahmed for the first time, I told myself, ‘Yes, this is my brother,’” Haydar, who is taller but has a similar-shaped nose to that of Ahmed, recently told NBC News. “I felt when I hugged him that he is Ahmed.”

If the men’s hunches are confirmed, it is clear that what happened to them in the Baghdad jail all those years ago set them on dramatically different paths, with one escaping Iraq and the other left behind.

Their different circumstances also means that for Haydar, their meeting is a thing of joy, while for Ahmed it is a mixed blessing. He says the knowledge that he has a brother in Haydar came with the realization that his biological parents are most likely dead.

The Nasser family was torn apart in the fall of 1980. It was a Sunday evening in September when Iraqi security forces raided their family home in Baghdad’s predominantly Shiite Habibiya neighborhood, arresting Nasser, his pregnant wife, Ibtisam, their two sons, and an aunt who had been visiting, Haydar recalled.

The boys’ father was a senior leader in the Dawa party, a Shiite Islamist group and political opponents of Saddam’s — now one of the most powerful political parties in Iraq. The year before, in 1979, Saddam had assumed power, immediately cracking down on any political opposition, even among members of his own Baath Party.

Nasser’s political activities landed his family in pretrial detention, his children and wife languishing in a filthy dark hall, Haydar said. Then 4 years old, Haydar remembers being blindfolded and taken to the men’s jail where he says he was used to try and extract information from his father. His younger brother was just 2.

“I could hear the men moan,” he recalled. “I saw my father and how the signs of torture appeared on his body.”

After the boys had been in detention for three months, their grandmothers hatched a daring plan — to smuggle them out under the folds of their cloaks, Haydar said. Their paternal grandmother managed to leave the jail with Haydar, but when they later returned for Ahmed there was no trace of him, his mother or his aunt, he said.

Haydar later found a ruling for his mother and father to be executed, but said there was no document mentioning Ahmed and nothing to say whether his mother, who was six or seven months pregnant when she entered detention, had given birth in the jail and if so what had happened to the baby. NBC News has seen a copy of a judge’s order for Ibtisam to be killed and, according to the Basra Martyrs’ Foundation, Nassar was also executed in 1980.

For decades, Haydar said he did not know what had become of Ahmed. And in 2009, nearly 30 years after he went missing, a death certificate was issued for Ahmed and a statue of the two-year-old stands at the Iraqi Establishment of Martyrs, an official body that cares for the families of victims of the Baathist government, Haydar said.

Despite all this, Haydar was convinced that somewhere out there among the wreckage of war-torn Iraq, or perhaps beyond its borders, his little brother still lived and breathed.

Ahmed, for his part, cannot remember any of this, not that he may have had a brother named Haydar nor that he had been in jail. He had grown up with the family of the then-mayor of the wealthier Karrada neighborhood in Baghdad, who had found him and another boy abandoned on a street in December 1980, Ahmed said.

The jail where the brothers were held was in Baghdad’s southeastern Zafaraniyah neighborhood, a 20 minute drive from the streets of Karrada where Ahmed was found battered and bruised. It wasn’t until he was 12 that he was told by his family that they were not his biological relatives, he added.

Ahmed did not want to give his legal name for fear of embarrassing his adopted family who took him in despite having three daughters, a decision that can draw scorn in Iraq. One of his sisters only told her husband that Ahmed was not her biological brother in light of his recent meeting with Haydar, he said.

In September, a neighbor of the mayor’s family spotted a Facebook post about Ahmed by one of Haydar’s relatives and realized the circumstances matched those of the 2-year-old boy found on the street 40 years earlier, Haydar said. The neighbor got in touch with Haydar’s aunt and it was arranged that the two men should meet, he added.

Sitting side-by-side at his uncle’s house in Baghdad, it is Haydar who does most of the talking and it is clear that he is overjoyed by what he believes to bethe discovery of his long-lost brother.

“All my dreams have come true,” he said.

Ahmed said he was also happy but is clearly shaken by the experience.

Haydar today lives in Sweden where he trades in cosmetics and has six children with his wife, Sukaina Ali Nasser. He is well-educated with a master’s degree in Islamic science and philosophy from Al-Mustafa University in Iran and he drops into conversation references to the likes of William Shakespeare.

By contrast, Ahmed said his education was cut short because he didn’t have official identity documents. He then took up jobs in the Baghdad restaurant industry in which he works as a chef today. He has four children with his wife, Noor Mousa. Despite being younger than Haydar, he looks older.

“Sometimes, I think to myself and say it was better to live my life as I lived for the past 40 years in the hope that I would meet my father and mother and take them into my arms,” he said. “But this is my fate and destiny and praise be to God for everything.”

His eyed filled with tears and his hands shook as he said he would like to tell his parents that he misses them. Ahmed said he had already lost his adopted father who died in a car accident only four years after the family took him in, and now he had found out that his biological father might have been executed under Saddam.

For his part, Haydar seemed content to fill this role and said he hopes Ahmed and his family can immigrate to Sweden.

“I promise my father and mother that I would never let my brother down, I will stand by him, he’s the only one that reminds me of them,” he said. “He is my son.”