The establishment is back: Biden’s team signals return to U.S. role on global stage 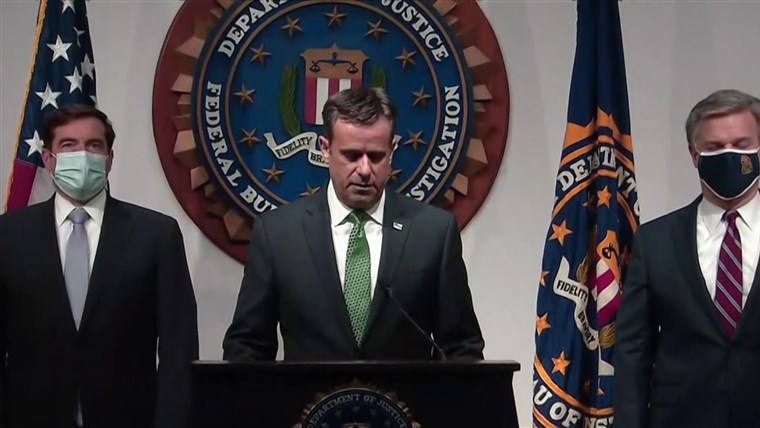 The professionals are back.

“We’re at the head of the table once again,” Biden said in an exclusive interview with NBC News’ Lester Holt. “America is going to reassert its role in the world and be a coalition builder.”

This will be welcome news in most of the capitals of the United States’ traditional allies, many of whom have struggled with President Donald Trump’s “America First” approach that eschewed long-standing agreements and partnerships. The appointments and nominations will likely bolster the surge in optimism and relief that coursed through these nations when Biden became the president-elect earlier this month.

The picks, such as former Secretary of State John Kerry as the special presidential envoy for climate and Antony Blinken as secretary of state, are establishment figures with years of experience, who are expected to try and return the U.S. to a more measured and multilateral path.

Biden has also tapped Linda Thomas-Greenfield, a veteran diplomat who spent years in African capitals and helped shape U.S. policy on sub-Saharan Africa, to be the next U.S. ambassador to the United Nations, and Alejandro Mayorkas as the secretary of homeland security.

Foreign governments will know Biden’s team from their time in office under President Barack Obama and other previous administrations. And European allies are particularly enthusiastic about the pick of Blinken and national security adviser Jake Sullivan, who are seen as competent and experienced, European officials and former U.S. diplomats said.

“We’re very excited about the possibilities. We are on the same page on climate, on Iran, on NATO,” one European official said about the picks.

Trump has broken with Europe on all three of these issues, announcing in 2017 that he was pulling America out of the Paris Agreement on climate and in 2018 that he was withdrawing the U.S. from the landmark Obama-era Iran deal. Early in his presidency, he hinted that he would withdraw from the NATO military alliance, saying some members weren’t paying their way.

By contrast, Blinken, Kerry and Sullivan all played important roles in negotiating the 2015 Iran deal, while Kerry helped bring about the Paris climate accord. Blinken said the Trump administration’s decision in July to withdraw almost 12,000 troops from Germany, a long-standing ally, was a “strategic loser” that weakens NATO and helps Russian President Vladimir Putin.

Blinken comes from a family of diplomats. Fluent in French, he attended high school in Paris before graduating from Harvard University and the Columbia Law School, and is a longtime Biden adviser who held important foreign policy and national security posts under Obama.

In France, the Le Figaro daily newspaper described him as a “francophile” who would lead Biden’s diplomacy and said his appointment after four years of a Trump presidency “looks like a small revolution.”

It is European countries like France that will likely welcome America’s return to a multilateral approach to foreign policy and diplomacy. French President Emmanuel Macron has had a strained relationship with Trump and has rebuked his “America First” approach to international affairs.

Rivals such as Russia and China have reason to be wary of Biden but even they may welcome the new team.

Trump’s personal relationship with Putin has been warm and, at least on the Russian side, there was an expectation that this would lead to better relations, according to Neil Melvin, director of international security studies at London’s Royal United Services Institute.

However, in reality, relations with Russia have deteriorated further over the past four years as the U.S. imposed more sanctions on Moscow, conducted mass expulsions of Russian diplomats and put pressure on European nations to weaken their ties to Russia, for example on Germany regarding a gas pipeline project with Russia, he said.

Even in Israel — where the Biden administration is expected to be more critical of the government actions in the Palestinian territories — Blinken’s appointment was welcomed by foreign policy veterans, according to the left-of-center Haaretz newspaper.

Relations between Israel and the U.S. were strained under Obama, who helped broker the Iran nuclear deal despite Prime Minister Benjamin Netanyahu’s opposition to it and called early on in his presidency for an end to settlement building in the occupied Palestinian territories.

Shortly before the Obama administration left office, the U.S., in a largely symbolic measure, allowed a U.N. Security Council resolution to pass declaring the settlements illegal under international law.

In Asia, although allies will be glad to see an end to Trump’s impulsive, erratic decision-making, Japan’s government and other partners worry Biden’s team could revert to Obama’s approach to China, which they believe was too conciliatory, former U.S. officials said.

During the campaign, Biden — and Sullivan and Blinken — signaled that their views had evolved on China and that they have no illusions about Beijing. But unlike Trump, Biden and his advisers have vowed to rally allies around a common front to push back against China on trade and other issues.

Melvin, of the Royal United Services Institute, said he thought that even countries that have tense relationships with the U.S. would welcome the Cabinet picks.

“I think one of the issues over the past four years has been concerns about unpredictability and irrationality in their relationship,” he said. “Some of those countries, I think, are looking forward to at least there being a chance now to have a more structured and predictable relationship.”

Even if it’s difficult, it may allow for progress on some tough issues, he added.

Climate activists, scientists and policymakers around the world have welcomed Biden’s decision to choose Kerry as the first official dedicated to climate change to be included in the National Security Council, according to Nicholas Stern, the chair of the Centre for Climate Change Economics and Policy at the London School of Economics, who said Kerry was a good friend.

As secretary of state under Obama, Kerry made climate change one of his top priorities and helped to bring about the Paris climate accord, which Biden has pledged to rejoin once he takes office in January.

Kerry has a “deep” understanding of climate science and policy, and his appointment would be a boost not only for international action on climate change but also for multilateralism and respect for the United States internationally, Stern said.

The fact that it is the first time the National Security Council will include an official dedicated to climate change also sent an important message to the world that climate is a big security issue, he said.

Biden’s new team was not met with universal praise, however.

Secretary of State Mike Pompeo criticized the next administration’s approach to foreign policy in an interview with Fox News anchor Bret Baier on Tuesday, saying some members of the new team “lived in a bit of a fantasy world.”

Asked to respond to Thomas-Greenfield’s statement Tuesday that “America is back, multilateralism is back, diplomacy is back,” Pompeo said the Trump administration had worked with nations when they had common interests and developed coalitions to deliver “real results” and to reflect the reality on the ground.

“I couldn’t tell exactly from her statement. But multilateralism for the sake of hanging out with your buddies at a cool cocktail party, that’s not in the best interest of the United States of America,” he said.

“Biden’s Cabinet picks went to Ivy League schools, have strong resumes, attend all the right conferences and will be polite and orderly caretakers of America’s decline,” Rubio tweeted. “I support American greatness. And I have no interest in returning to the “normal” that left us dependent on China.”