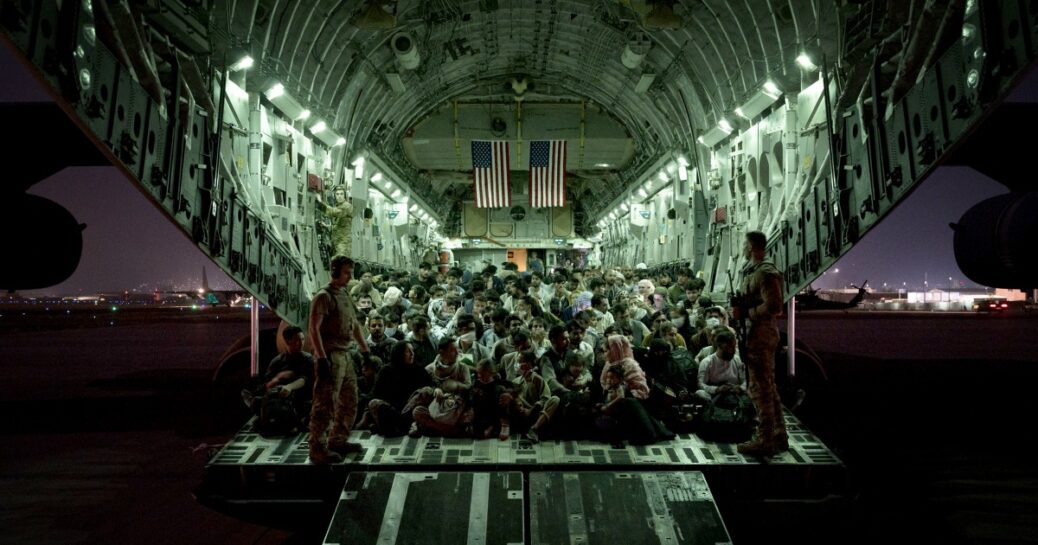 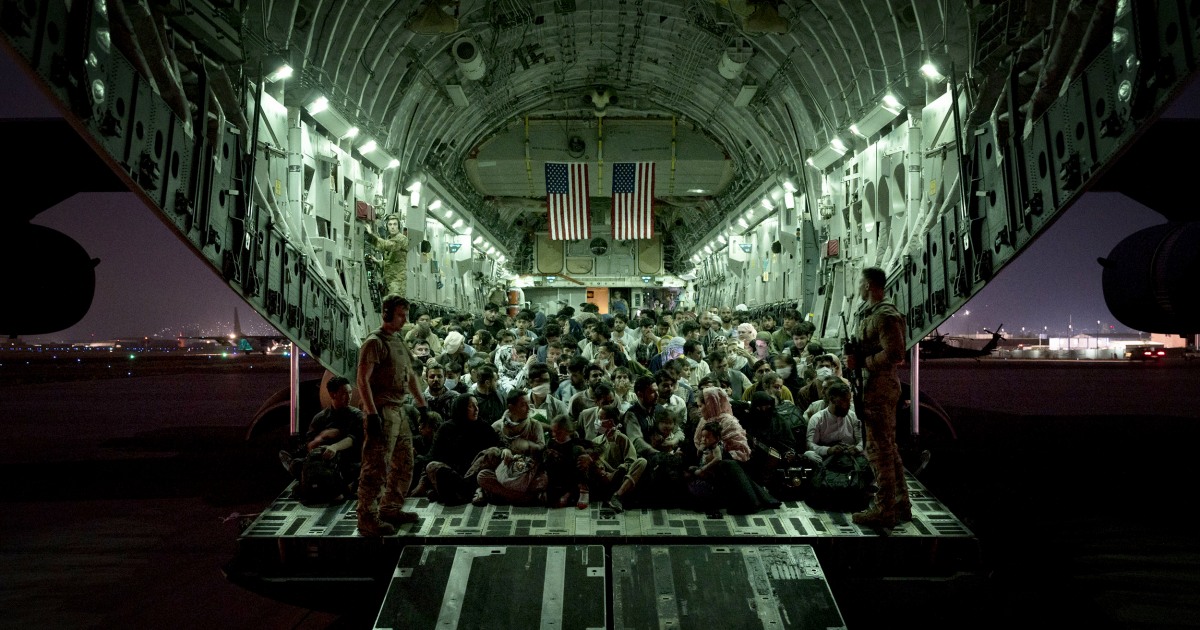 The United States invaded Afghanistan in 2001 in pursuit of what it saw as its ultimate enemy: Al Qaeda. And then it stayed.

Twenty years after the Sept. 11, 2001, terror attack on the United States and amid its chaotic troop withdrawal from Afghanistan, President Joe Biden has declared the end to an era of major military interventionism.

America’s rivals and adversaries have been taking notes throughout.

Russia, China and Iran view recent developments as a clear demonstration that American international influence, which appeared unassailable after 9/11 garnered America almost universal international support and sympathy, is on the wane. And as the U.S. leaves a vacuum in its wake, they are cautiously embracing Afghanistan’s new militant rulers.

That Russia, China and Iran look to be stepping up in Afghanistan should not come as a surprise, according to Barnett Rubin, a former senior adviser to the special representative for Afghanistan and Pakistan at the State Department.

“They were right there staring us in the face the whole time,” he said of the trio. “It is just one more incident in the decline of U.S. relative power.”

The scenes of mayhem and heartbreak at Kabul’s airport as thousands of desperate Afghans tried to get onto planes before the Aug. 31 military withdrawal deadline offered ample public relations opportunities for those countries.

“The result is zero, if not to say that it is negative,” Russian President Vladimir Putin said last week of Washington’s 20-year intervention in Afghanistan.

Margarita Simonyan, editor-in-chief of Russia’s RT broadcaster and seen as a voice of the Russian government, also weighed in.

“It’s as if [they were] fighting a snail for 20 years using a tank, and losing to this snail in the end, and then barely getting away on the tank,” she wrote in a tweet.

In China, a foreign ministry spokeswoman cited the tragic death of Zaki Anwari, a teenage soccer star who fell to his death as he tried to cling to the landing gear of a departing American C-17 aircraft.

In Iran, too, the U.S. withdrawal has been a gift.

Experts had concluded the U.S. troop withdrawal from Afghanistan was of greater significance than when its troops evacuated from Vietnam, Esmail Ghaani, commander of the country’s expeditionary Quds Force, said Tuesday according to state media.

But the overt schadenfreude obscures a delicate dance by Russia, China and Iran, which are balancing potential opportunities presented by the U.S. withdrawal, with the more overt risks — namely the spread of extremism. By cautiously embracing Afghanistan’s new rulers, these countries appear to be betting they can limit potential threats.

At the crossroads of South Asia and Central Asia, Afghanistan is hemmed in by China to the east and Iran to the west. Zoom out and Russia looms large to the north.

The proximity of Russia, China and Iran make them wary of getting sucked into Afghanistan and ending up shouldering responsibility in a country that has been devastated by more than 40 years of war. The then-Soviet Union invaded and occupied Afghanistan for 10 years until 1989, and its withdrawal was also viewed as an international humiliation and a bellwether of the country’s imminent disintegration with the fall of communism.

China, which shares a short border with Afghanistan, is worried about extremism seeping into its western region of Xinjiang, where the government has detained hundreds of thousands of Uyghurs and other predominantly Muslim ethnic minorities. But Beijing also sees an opportunity to revive potentially lucrative oil, gas and mining projects in Afghanistan that have been delayed by security concerns and other issues. On Wednesday, China said it would provide Afghanistan with $31 million in emergency aid, including food and 3 million Covid-19 vaccine doses, while also calling on the Taliban to cut ties with terrorist groups.

Iran, which almost went to war with the Taliban in 1998 after they killed 10 Iranian diplomats, has since improved its ties with the group and is now one of Afghanistan’s biggest trading partners. But Iran’s Shiite leaders worry that the Sunni Taliban could once again allow persecution of Afghanistan’s Hazaras and other Shiite minorities. They are also concerned about a flood of Afghan refugees as Iran grapples with its worst coronavirus outbreak of the pandemic.

Nations have meddled in Afghan affairs for more than a century, helping turn the country into a quagmire of human suffering before withdrawing depleted and demoralized, and earning Afghanistan its name as the “graveyard of empires.”

Now, Russia, China and Iran have laid the groundwork for relations with the country’s new rulers.

In July, Taliban representatives traveled to Russia and China offering security assurances and receiving a boost in international standing in return. Tehran also had hosted talks between the Taliban and representatives of the then-Afghan government.

The three countries have chosen to maintain their diplomatic missions in Kabul even as other nations shuttered embassies and evacuated staff. It remains unclear if they will officially recognize the new Taliban government.

The Taliban announced Tuesday an all-male interim government, stacked with veterans from their hard-line regime in the 1990s, a far cry from the inclusive vision that the international community — including Russia, China and Iran — had called for.

On Wednesday, Chinese foreign ministry spokesperson Wang Wenbin said his country was ready to maintain communication with the new Afghan government, but did not directly say whether Beijing would recognize it.

It is logical for neighboring countries to develop a relationship with the Taliban, said Raffaello Pantucci, a senior associate fellow at the Royal United Services Institute, a London-based think tank.

“If you have concerns, you’re going to start by trying to deal with whoever is in power there,” he said.

As for whether these countries are really filling a vacuum, Pantucci said that while there had been a lot of rhetoric, he had seen little action so far.

“We see a lot of glee that the West is leaving with its tail between its legs, but I’m not sure we see the same level of glee about what this now means for them having to assume responsibility,” he said.

‘Established contacts with the Taliban’

That Al Qaeda plotted the 9/11 attacks from Afghanistan and under the protection of the Taliban will not have been lost on the leaders of Russia, China and Iran. So a willingness to engage with the Taliban may be the first line of defense for these countries, which fear that extremists will once again use Afghanistan as a base for launching attacks elsewhere.

“Russia is clearly interested in [a] consolidated Afghanistan under a stable rule,” said Fyodor Lukyanov, a top Russian foreign policy expert who leads the Moscow-based Council on Foreign and Defense Policy. “It doesn’t matter so much for Moscow who is in charge in Kabul.”

Nikolai Patrushev, secretary of the Russian Security Council, said that in spite of America’s 2001 invasion aimed at crushing Al Qaeda, 20 years of U.S. occupation had left the group, as well as the Islamic State terrorist group and other extremist groups, to feel at ease on Afghan soil.

“They consider Afghan territory as a base to transfer their activity to the states of Central Asia, to Chinese Xinjiang, to the north of Iran, in the direction of India,” he said in an interview with the Russian newspaper Izvestia on Aug. 19.

Afghanistan remains the deadliest country for terrorism on the planet and beyond the Taliban, an Islamic State group affiliate and Al Qaeda both maintain presences there.

“Iran has established contacts with the Taliban in order to maintain the security of its borders,” he said in an interview before the Taliban takeover.

Since taking Kabul on Aug. 15, the Taliban have moved to consolidate control over Afghanistan, but it remains unclear if they can fulfill their promises to prevent Afghan soil from being used to threaten the security of other countries.

An Islamic State Khorasan group suicide bombing outside Kabul airport Aug. 26, which killed more than 100 people including 13 U.S. service members, has already exposed the limits of the Taliban’s hold on the country.

So 20 years after hijacked planes crashed into the twin towers of the World Trade Center in New York City; the Pentagon, near Washington; and a field near Shanksville, Pennsylvania, it is not only the United States that has a vested interest in what the Taliban do next. As the U.S. moves out of the region, geography dictates that neighboring powers will have to play a bigger role in Afghanistan’s future.