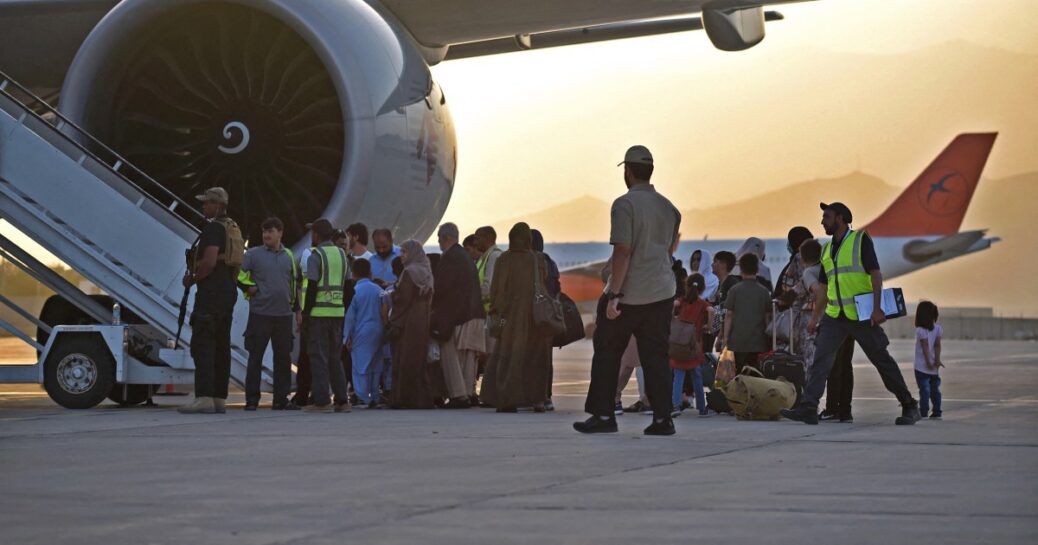 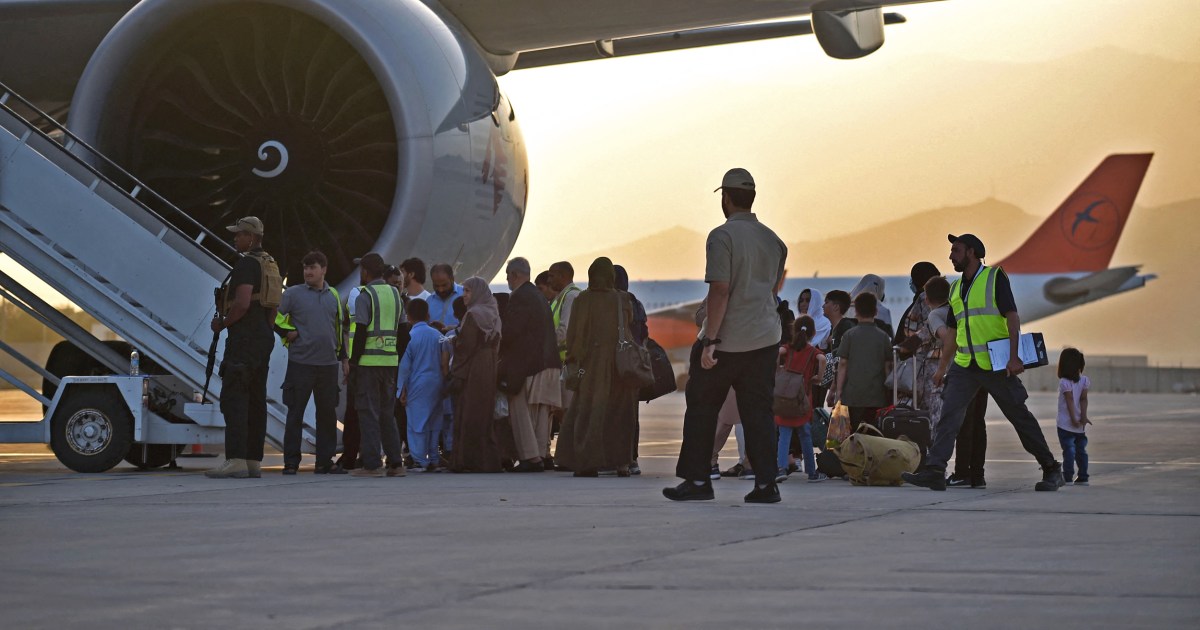 The first large-scale international passenger flight to depart from Kabul since last month’s U.S. withdrawal from Afghanistan took off Thursday and made the short journey to Qatar.

American citizens, along with those from the United Kingdom, Canada, Germany, Italy and Ukraine were on board the Boeing 777 operated by the state-owned Qatar Airways, Qatar’s Assistant Foreign Minister Lolwah Rashid Al-Khater told NBC News in a telephone interview.

She said that another flight between the two nations might take off again tomorrow, although she admitted it would “take some time” for Kabul’s airport to be fully operational.

The departure comes amid growing fears for those who have been left behind in Afghanistan in the wake of the United States’ chaotic withdrawal.

In a press conference at the Kabul airport Thursday, Taliban spokesman Zabihullah Mujahid said Afghanistan had received help from Qatar to get the airport back up and running for commercial flights.

“We are very thankful to our Qatari brothers,” he said during the at the news conference. which aired on the Doha, Qatar-based Al-Jazeera news network.

He also said the Taliban would not stand in the way of anyone looking to leave Afghanistan, if they have valid travel documents.

Qatari special envoy Mutlaq bin Majed al-Qahtani said at the news conference that he wanted flights departing from Afghanistan to be seen as “normal” air travel, rather than as evacuation flights.

“Today, we see a free passage of free movement of passengers, foreigners and locals with valid passport,” he said.

A U.S. State Department spokesman said the agency was not “in a position to share additional details” about the flights. “Our efforts to assist U.S. citizens and others to whom we have a special commitment are ongoing,” he said.

The U.S. has evacuated around 124,000 people from the country, including at-risk Afghans, but the Biden administration acknowledged that as its evacuation efforts came to an end Aug. 30 that it was not able to get “everybody out that we wanted to get out.”

President Joe Biden said last week that 100 to 200 Americans “with some intention to leave” were still stranded in Afghanistan.

It is unclear whether those aboard Thursday’s flight to Doha included American civilians and other foreign nationals who were stranded for days in the northern city of Mazar-i-Sharif because their private charters were blocked from departing, according to Reuters.

The Taliban’s vow to let international flights leave Kabul comes amid warnings of a looming humanitarian crisis in Afghanistan as lifesaving aid dwindles and as reports grow of the Taliban cracking down on dissenters and journalists.

Two journalists said they were beaten by militants after covering a women’s rights protest in Afghanistan’s capital.

Nemat Naqdi, 28, and Taqi Daryabi, 22, both with the Etilaatroz newspaper, were covering the protest when Taliban fighters arrested them and took them to a police station in Kabul, according to the outlet they work for.

The journalists said they were placed in separate cells before being beaten with a cable, according to Etilaatroz, with photos taken after the incident showing both Naqdi and Daryabi’s bodies covered in welts.

In a phone interview Thursday, Patricia Gossman, an associate Asia director at Human Rights Watch, whose team spoke with relatives of the two journalists, said the Taliban were failing to live up to their promise to allow the media to continue to operate in Afghanistan.

“This is the point where the Taliban are still seeking international recognition … so, I think the messaging should be very clear from (the international community) that this kind of behavior is not going to get them very far,” she said.

While Kate Clark, co-director of the Afghanistan Analysts Network, a policy research organization based in Kabul, said she believed that protesters are putting themselves at risk in hopes of securing broader rights under Taliban rule, she also said it was unclear how the militant group will react if the demonstrations continue.

“These people are really, really brave,” she said in a phone interview Wednesday, referring to the protesters.

Humanitarian groups have warned of a looming crisis as “lifesaving aid” dwindles, with the World Health Organization saying Monday that a pause in funding for the Sehatmandi project, the “backbone of Afghanistan’s health system”, could put more than 2,000 health facilities, or 90 percent, at risk of closing.

On Thursday, China announced it would be offering at least $31 million in emergency aid, including Covid-19 vaccines, to Afghanistan, with Foreign Minister Wang Yi announcing the aid boost Wednesday during a meeting with foreign ministers of Afghanistan’s neighboring countries.