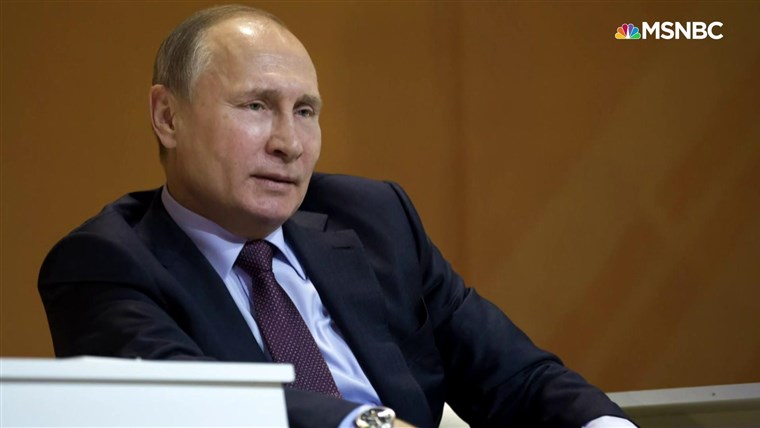 “He will pay a price,” Biden said in an interview with ABC News’ George Stephanopoulos, that aired Wednesday morning, when asked about an intelligence assessment that said Putin ordered “influence operations” aimed at denigrating his candidacy and supporting Donald Trump.

Biden said he had a long talk with Putin, appearing to reference a phone conversation the two leaders had several days after Biden’s inauguration in late January.

“The conversation started off, ‘I said, I know you and you know me. If I establish this occurred, then be prepared,’” Biden said, recounting how he confronted Putin.

Asked what price will Putin pay, Biden said, “Well, you’ll see shortly.” He added, however, that there are also issues of mutual interest on which the two countries can work together.

Biden confirmed in the interview that he once told Putin that he doesn’t “have a soul” during a visit to the Kremlin as vice president in 2011, to which he said Putin responded, “We understand each other.”

“The most important thing dealing with foreign leaders in my experience, and I’ve dealt with an awful lot of them in my career, is just know the other guy,” Biden told Stephanopoulos.

Asked if he thinks Putin is a killer, Biden said, “I do.”

Rebecca Shabad is a congressional reporter for NBC News, based in Washington.