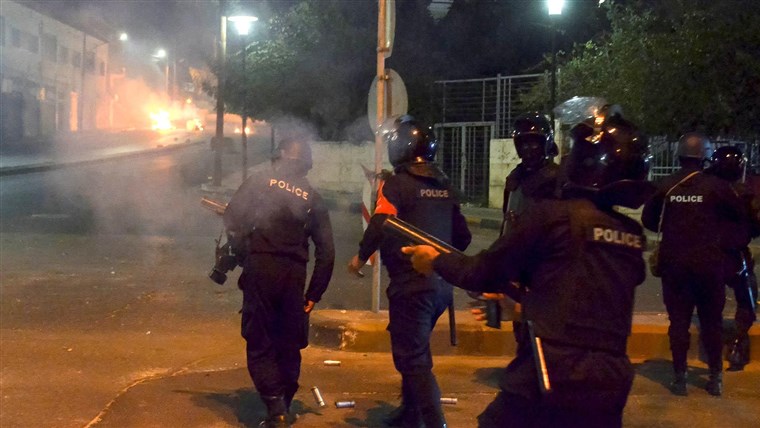 Jordan’s monarchy is in turmoil after 15 people, including a senior royal, were arrested over the weekend in connection with what the country’s government called a “malicious plot” against the throne.

Prince Hamzah Bin Hussein, King Abdullah II’s half-brother, is among the former ministers and tribal leaders who were arrested for allegedly taking part in meetings where the king was criticized.

The palace intrigue has shook the Arab nation of 10 million but also could have far-reaching implications for global allies such as the U.S. that consider Jordan a reliable partner in an often tumultuous region.

Experts say the country’s location, surrounded by Israel, Saudi Arabia, Iraq and Syria, has meant Jordan has been seen as a “huge asset” in acting as a “geographical buffer” within conflict zones throughout history.

“Jordan has played a conduit role. It’s this anchor in the middle of arguably the most fragile and unstable part of the Middle East,” Tobias Borck, an associate fellow at the Royal United Services Institute, a think tank in London, told NBC News.

The quick response from President Joe Biden’s administration underpins the importance of Jordan to U.S. interests.

“We are closely following the reports and in touch with Jordanian officials. King Abdullah is a key partner of the United States, and he has our full support,” State Department Spokesman Ned Price said.

“There will be a lot of people in Washington and London over the last 48 to 72 hours who have had to do a lot of work, and are deeply concerned about continued Jordanian stability,” Borck added. “That will have been a big driver of such an incredibly quick and fairly high-level response that shows absolutely unequivocal support for King Abdullah.”

Governed by the Hashemite family, whose ancestors once ruled the holy Islamic cities of Mecca and Medina and have claimed lineage to the Prophet Muhammed, Jordan has fashioned itself as a moderate voice against radical activity in neighboring countries.

And this weekend’s news comes as President Joe Biden’s administration attempts to engage more with Middle Eastern countries. Jordan is crucial to Biden’s goal of using “more diplomatic posture” over military intervention in the region, according to Borck.

Jordan is among the highest recipients of U.S. economic assistance in the region, getting just over $1 billion last year. Jordan’s economy has limited natural resources and has one of the world’s largest influxes of Syrian refugees.

While that assistance did not stop under former President Donald Trump, the kingdom was largely shut out from Jared Kushner’s peace plans on the Israeli-Palestinian conflict in favor of the growing influence of Gulf states. An annual White House visit by King Abdullah was stopped under Trump.

Unlike neighboring countries, Jordan did not see widespread demonstrations that swept up much of the region in 2011 to bring about regime change. The kingdom holds a firm grip on public dissent against the monarchy.

That perception was rattled over the weekend by scathing remarks from within the family.

In a video shared with the BBC by his lawyer, Prince Hamzah said that although he was not accused of criticizing the monarchy himself, he was accused of being present at meetings where concerns against the king were voiced. Prince Hamzah, who enjoys an appeal among Bedouin tribes in the kingdom’s traditional society, went on to attack the “incompetence that has been prevalent” in Jordan’s government.

“It has reached a point where no one is able to speak or express an opinion on anything without being bullied, arrested, harassed and threatened,” he said in the video.

NBC News attempted to reach the prince’s lawyer Monday but did not receive an immediate response.

In a news conference Sunday, Deputy Prime Minister Ayman Safadi stoked rumors of foreign involvement in the thwarted plot, saying Jordanian intelligence had intercepted communication within the prince’s “inner clique” that showed “an individual with links to foreign intelligence services.”

Tensions within Jordan’s ruling family have been high since the late King Hussein bin Talal made the last-minute call to name his oldest son, Abdullah, his successor shortly before his death in 1999. At the time Prince Hamzah was appointed crown prince, but was sidelined four years later after King Abdullah named his eldest son, Hussein, his successor.

Dubbed as one of his father’s favorites, Prince Hamzah, 41, had been groomed to succeed the throne by his American-Syrian mother, Queen Noor. In light of the crackdown, Noor suggested Saturday’s arrests were unjust.

“Praying that truth and justice will prevail for all the innocent victims of this wicked slander,” she wrote in a tweet.