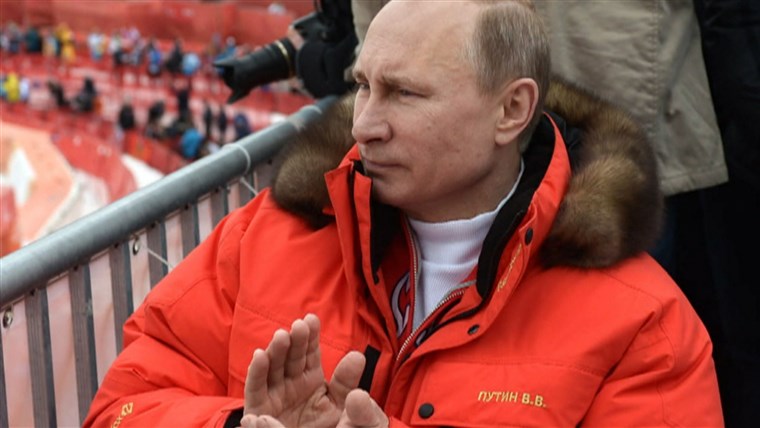 A new soccer jersey for the Ukrainian men’s team is emblazoned with a map that includes annexed Crimea, sparking outrage in Russia.

Russian Foreign Ministry spokeswoman Maria Zakharova, who is known for her sometimes hyperbolic public comments, said in a Facebook post late Sunday that Ukraine’s national team had “attached Ukraine’s territory to Russian Crimea” on its new jerseys and that the move creates “an illusion of the impossible.”

The shirts were revealed Sunday, just days before the UEFA Euro 2020 tournament, by the president of Ukraine’s Football Association, Andriy Pavelko.

The photos shared by Pavelko on his Facebook page show that the front of the yellow jerseys features an outline of Ukraine’s borders emblazoned in white, including the Crimean Peninsula, annexed by Russia in 2014.

Moscow considers Crimea part of the Russian territory, calling its annexation a “reunification,” but its claim is rejected internationally.

“We believe that the silhouette of Ukraine will give our players strength because they will be fighting for the whole of Ukraine,” Pavelko said in the post.

The U.S. embassy in Kyiv tweeted its support for the new Ukraine jerseys, saying they “love the new look” and using hashtag #CrimeaisUkraine.

Relations between Moscow and Kyiv and the West deteriorated sharply after the peninsula’s annexation and the start of the military conflict in eastern Ukraine between Russian-backed separatists and the Ukrainian army, which has claimed more than 14,000 lives.

The soccer jerseys also include the territories of the self-proclaimed Luhansk and Donetsk People’s Republics, which have declared independence from Kyiv in the wake of the conflict.

A slogan at the top of the back of the shirts reads “Glory to Ukraine!” Inside the shirt is a slogan that declares “Glory to the heroes!” Both phrases are used in Ukraine as an official military greeting and patriotic chant that rose in popularity in the wake of the 2014 protests that saw a pro-Russian government toppled in Kyiv.

“It is ugly,” he told Russian sports news site Championat.

Russian MP Dmitry Svishchev told Russian state news agency RT that the jersey design amounted to “a political provocation.” He told the outlet he hoped Euro 2020 officials would react and urged Ukraine to redesign the jerseys.

In an email to NBC News on Monday, Europe’s soccer governing body UEFA said it had approved the jersey of the Ukrainian national team for Euro 2020 “in accordance with the applicable equipment regulations.”

The tournament, postponed by the pandemic last year, will kick off in Rome on June 11.