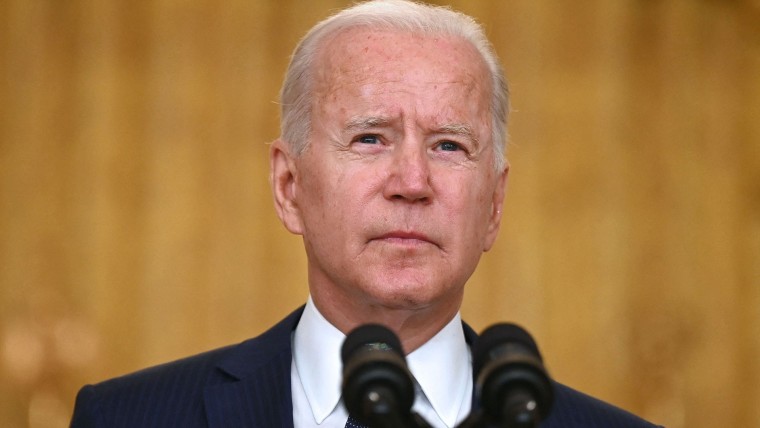 The Islamic State terror group claimed responsibility for the “martyrdom attack” that involved a suicide bomber who detonated his explosive belt at the airport’s gate.

The explosions came hours after the United States and its allies had warned of a potential terror attack at the airport as thousands gathered in a desperate effort to flee after the Taliban’s takeover of the country.

Pentagon spokesman John Kirby said on Twitter that there was an initial blast outside the airport’s Abbey Gate and “at least one other explosion at or near the Baron Hotel,” a short distance away.

Initial reports from the Pentagon indicated 12 service members were killed and 15 were wounded, but early Thursday evening U.S. Central Command Capt. Bill Urban confirmed a thirteenth casualty after a member died due to injuries suffered in the attack. Urban also said there were three more injured than previously reported.

The injured “are in the process of being aeromedically evacuated from Afghanistan on specially equipped C-17s with embarked surgical units,” he said in a statement.

“We continue to provide the best possible medical care to those injured,” he said. “Our thoughts and prayers continue to be with the injured and to the friends and family of those who were killed.”

ISIS gunmen also opened fire on servicemen and civilians just after the Abbey Gate blast, according to Marine Gen. Frank McKenzie, the head of U.S. Central command, who promised action against those responsible.

Addressing the nation about the attack, President Joe Biden said the fallen service members were “standing guard at the airport” when they were killed. He praised them as selfless heroes.

“They are the spine of America, the best the country has to offer,” he said.

The president said he would grant the resources necessary to find the attackers, but that he believed the mission could be carried out “without large military operations.”

McKenzie told reporters at a Pentagon news conference earlier, “Yes, if we can find who’s associated with this, we will go after them. We’ve been clear all along that we retain the right to operate against ISIS in Afghanistan.”

He added, “We’re prepared to take action against them, 24/7, we are looking for them.”

The Taliban had “started investigations on different levels to identify perpetrators of this terrorist incident and their motives,” a spokesman for the Taliban, Zabihullah Mujahid, said.

Out of the 13 U.S. service members killed, 10 were Marines, the Marine Corps said in a statement.

“As we mourn, we also keep those who are still over there protecting Americans and our Afghan partners at the forefront of our thoughts,” Marine Corps Gen. David H. Berger said in the statement. “Our Marines will continue the mission, carrying on our Corps’ legacy of always standing ready to meet the challenges of every extraordinary task our Nation requires of her Marines.”

Taliban sources told NBC News that 13 people were killed, including children, and 65 were injured in what they described as a suicide attack. It is unclear exactly how many non-U.S. service member casualties there are in the attack.

“Ultimately at these screening points, in particular, you have to get very up close and personal to the people,” he said. “There’s no way to do that safely from a distance.

He insisted the evacuations would be not be slowed by Thursday’s bloodshed.

“I want to emphasize again the plan is to maximize pushing people out,” the general said, “even as we reconfigure the force (and) continue to defend ourselves.”

Western countries in recent days had urged people to avoid traveling to the area, in the latest setback for the massive airlift out of Kabul, the Afghan capital. Some countries said after the explosions that they would have to end evacuation efforts.

“My thoughts are with all those affected and their loved ones. Our priority remains to evacuate as many people to safety as quickly as possible,” he said on Twitter.

The airport has been a flashpoint for violent and chaotic scenes since the Taliban took control of Kabul on Aug.15. Over the weekend, U.S. defense officials warned about specific threats against those trying to leave Afghanistan.

President Joe Biden on Tuesday also warned about the risk of attack from ISIS-K, known as Islamic State Khorasan (ISIS-K) after an old name for the region. “Every day we’re on the ground is another day we know that ISIS-K is seeking to target the airport and attack both U.S. and allied forces and innocent civilians,” he said.

The president has stuck to his deadline for the U.S. mission to end in spite of criticism at home and abroad.

The Taliban have warned that any delay would cross a “red line” that would have consequences, but they have so far kept up their promise not to attack any Western forces as they evacuate.

Two decades after a U.S.-led invasion toppled the Taliban regime in the wake of the 9/11 terror attacks, the militants’ resurgence has raised concerns that Afghanistan might once again provide a breeding ground for terrorism.

But the Taliban, whose fighters guard the perimeter outside the airport, are enemies of ISIS-K.

A senior Taliban commander said Thursday that they had issued an alert to their top leadership on the threat posed by ISIS-K.

The group arrested an ISIS terrorist at the airport a few days ago who told them about the network and their plans, he said, speaking on the condition of anonymity and without elaborating.

However, there have also been fears that ISIS-K may be able to capitalize on the chaos in the wake of the Taliban blitz across the country.

Taliban fighters are in control of the roads and multiple checkpoints leading to the airport, where they have used force to control crowds since seizing power.

But there were concerns the lack of a formal screening process could allow a suicide bomber to mix in with the thousands desperately waiting for a chance to escape the country.

Two Taliban leaders told NBC News that the group’s “biggest blunder” was releasing prisoners from jails as it swept across Afghanistan, with those freed thought to include hardcore ISIS commanders, trainers and bomb makers.

“They were very trained people and they are now organizing themselves,” the Taliban leaders said.

Around 1,500 Americans remained in Afghanistan, Secretary of State Antony Blinken said Wednesday, with just days left to complete the airlift. The U.S. has now evacuated and facilitated the evacuation of approximately 100,100 people since Aug. 14, a White House official said Thursday.

After a chaotic start, the pace of evacuations has increased in recent days, but officials and U.S. allies have expressed skepticism that everyone seeking to leave will be out by the deadline.

Kirby, the Pentagon spokesman, also denied media reports that there were only 36 hours until the end of Kabul evacuation operations. “We will continue to evacuate as many people as we can until the end of the mission,” he said in a tweet on Thursday.

But amid the growing security fears, some European countries have already signaled they are wrapping up.

“It is no longer safe to fly in or out of Kabul,” Danish Defense Minister Trine Bramsen was quoted as saying by the AP.

Denmark’s last flight has already departed, and Poland and Belgium have also announced the end of their evacuations. The Dutch government said it had been told by the U.S. to leave Thursday.

France said it would completely end its evacuations from the Afghan capital Friday night.