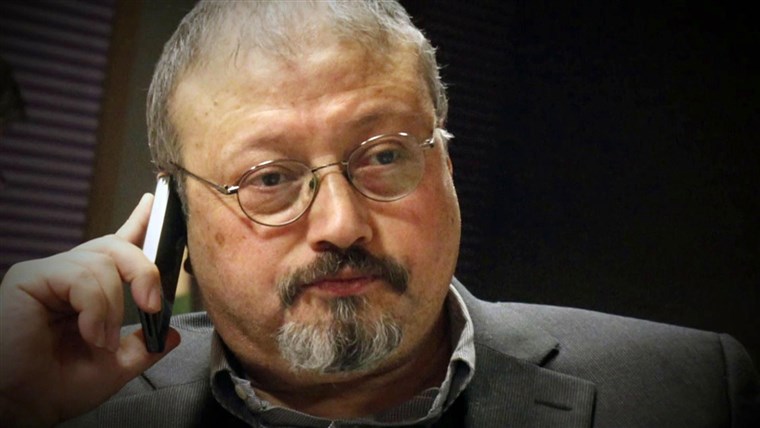 The Biden administration will release an intelligence report as early as Thursday that concludes that Saudi Crown Prince Mohammed bin Salman approved the 2018 killing of journalist Jamal Khashoggi, three U.S. officials familiar with the matter said.

The intelligence assessment, based largely on work by the CIA, is not new; NBC News was among the organizations that confirmed it in 2018.

But its public release will mark a significant new chapter in the U.S.-Saudi relationship and a clear break by President Joe Biden with former President Donald Trump’s policy of equivocating about the Saudi state’s role in a brutal murder that was widely condemned by members of Congress, journalists and a U.N. investigator.

Reuters first reported on the declassified intelligence summary scheduled for release in the coming days.

White House press secretary Jen Psaki told reporters Wednesday that Biden would communicate with the Saudi king, rather than his son the crown prince. She said the declassified report was being prepared for release soon.

The president confirmed to reporters late Wednesday that he had read the report.

It’s unclear how releasing the report will affect U.S.-Saudi relations. Biden officials have been engaging with the Saudis since they took office, according to the State Department.

Khashoggi, 59, was a Saudi citizen working as a Washington Post columnist when he was lured to the Saudi consulate in Istanbul on Oct. 2, 2018, and killed by a team of intelligence operatives with close ties to the crown prince. His body was dismembered in part with a bone saw, American officials have said, and the remains have never been found.

After first denying the murder, the Saudi government changed course and asserted that Khashoggi was killed by accident as the team sought to forcibly extradite him. The Saudis say that the team acted on its own and that the crown prince was not involved.

Eight men were convicted in a trial that international observers called a farce; five got the death penalty. Their sentences were commuted to 20 years after they were allegedly forgiven by Khashoggi’s relatives.

Agnes Callamard, who investigated the killing for the United Nations, accused Saudi Arabia of a “deliberate, premeditated execution, an extrajudicial killing for which the state of Saudi Arabia is responsible under international human rights law.”

The CIA presented the White House with its assessment in 2018, but it did not appear to change Trump’s friendly relations with Saudi Arabia and with bin Salman in particular.

Trump bragged in 2019 that he had protected bin Salman from congressional scrutiny in recorded interviews with journalist Bob Woodward.

“Do you believe that he did it?” Woodward asked.

“No, he says that he didn’t do it,” Trump replied.

During the 2020 election campaign, Biden promised to make the Saudis “pay the price and make them, in fact, the pariah that they are.”

Biden has ended American support for Saudi Arabia’s war in Yemen, but he has not moved to cut off military aid to an important Middle East ally and counterterrorism partner.

“The president’s intention, as is the intention of this government, is to recalibrate our engagement with Saudi Arabia,” Psaki said Wednesday.