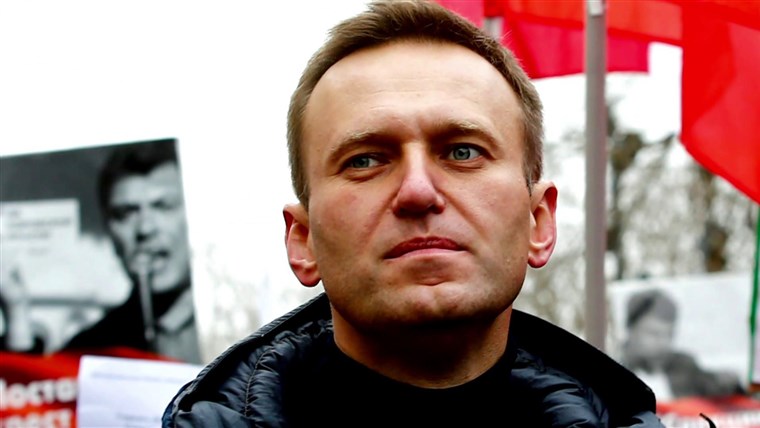 German Chancellor Angela Merkel is facing mounting pressure over her country’s ties with Russia after her government concluded that Kremlin critic Alexei Navalny had been poisoned with a military grade nerve agent.

Roettgen, a senior member of Merkel’s Christian Democratic Union, appeared to be echoing calls from other party lawmakers who have called for the government to reconsider the Nord Stream 2 pipeline, which is poised to double natural gas imports to Germany directly from Russia.

Originally scheduled to go online toward the end of 2019, work came to a standstill last year after the United States imposed sanctions targeting the Western firms needed to construct deep sea pipelines. Only a handful of companies have the technology to install undersea pipelines, and it could take Russia several years to develop the capability on its own, experts told NBC News in November.

The U.S. has long opposed the pipeline, arguing it will leave Europe overly dependent on Russia for energy supply and extend Putin’s influence over the continent.

Germany already receives over a third of its crude oil imports from Russia, accounting for nearly 38 percent of its $9.88 billion spent on the fuel in the first quarter of this year.

On Wednesday, Roettgen took aim at the Nord Stream project, saying its completion “would be the maximum confirmation and encouragement for Putin to continue this kind of politics.”

His comments came hours after the German government said in a statement that a toxicological test by a special military laboratory concluded that Navalny, 44, was poisoned with Novichok — a group of advanced nerve agents developed by the Soviet military in the 1970s and the 1980s.

The politician and longtime Putin foe is continuing to receive treatment at Berlin’s Charite hospital where he remains in a medically induced coma. He was transferred to Germany from a facility in the Siberian city of Omsk days after falling ill on a Russian flight Aug. 20.

German President Frank-Walter Steinmeier said Friday that it would make it more harder for his country to cooperate with Moscow.

“The fact that opposition and critical voices in Russia have to fear for their health or their lives is without doubt a heavy burden on the credibility of the Russian leadership,” he told the RND media group.

The firm tone of Steinmeier, who was once the foreign minister, has been seen as significant as members of his Social Democratic Party — a junior partner in Merkel’s ruling coalition — often tread a softer line on Russia ties.

NATO Secretary General Jens Stoltenberg also told a press conference Friday that Germany had briefed the military council — established between North America and Europe in 1949 to counter threats from Russia — on its findings.

He said the evidence “proves beyond doubt” that Navalny was poisoned with a “horrific” military nerve agent. “Russia now has serious questions it must answer,” he said.

Moscow has denied involvement and said Western leaders should not jump to conclusions. On Friday, the Kremlin said it wanted a “dialogue” with German officials.

But while Merkel has described Navalny’s alleged poisoning as an “attempted murder” and an “attempt to silence him,” she has not shown any signs of being swayed on the Nord Stream project.

Any response would depend on Russia’s behavior, she said Thursday.

Even if she were to cancel the pipeline, it is unlikely to change Moscow’s policies on how it handles its opponents like Navalny in the future, Sam Greene, director of the Russia Institute at King’s College London, told NBC News.

“The things Moscow is doing whether it comes to how it handles internal opposition or the way it talks about its relationship with the West are done for domestic political reasons,” Greene said. “The Kremlin sees it as important to push the survival in power.”

The move would raise the question of how Europe handles the domestic politics of countries with which it conducts trade.

Sanctions haven’t been imposed on China over the alleged mistreatment of its minority Uighur population, Greene said as an example. But unlike China, Russia has pursued closer ties with the European Union and is a member the Council of Europe, he added.

If anything, it could challenge Europe’s relationship with Russia, Greene said.

“At some point, Europe has to decide whether or not it wants to condition its foreign policy on an economic policy or moral values,” he said.