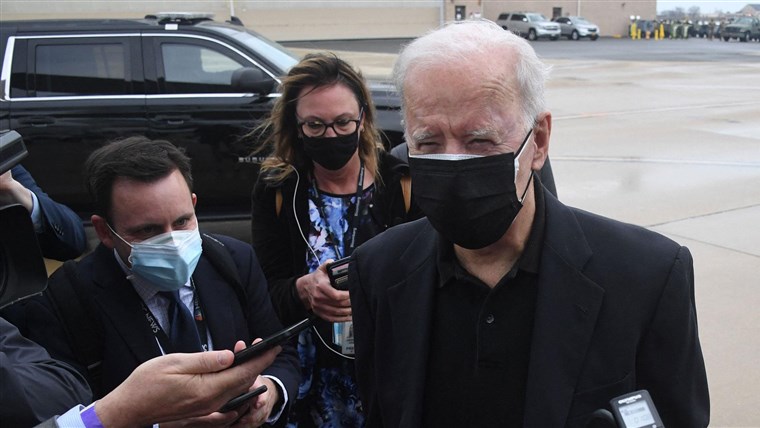 BEIJING — How do you take your tea?

For many in southeast Asia, the answer is sweet, milky and with a dash of politics.

From Myanmar to Hong Kong, young people hungry for democracy are clashing with increasingly authoritarian regimes and taking their struggles online around a unifying and popular regional drink, milk tea.

Served iced, sweet or with tapioca balls, the beverage has become a symbol for a virtual solidarity movement, said Hong Kong pro-democracy activist Nathan Law, a supporter of the so-called Milk Tea Alliance.

Although it is not a “concrete network,” the online campaign has become an amplifier of support, he added, diminishing the distance between people championing democracy across borders.

The hashtag #MilkTeaAlliance was born when an online spat broke out in April 2020 after nationalistic Chinese internet users criticized a popular Thai actor for sharing comments that referred to Hong Kong as an independent country, offending Chinese sentiments. The actor’s fans then charged back, loosely coalescing around the hashtag to defend him.

The online movement has since swelled and been co-opted by millions of pro-democracy activists from Taiwan, Hong Kong, Thailand, Myanmar and even India. Many of them have also popularized the “three-finger salute” from the movie “The Hunger Games” as a symbol in their struggle.

Democracy is having a turbulent time in the region.

In Myanmar, a lethal crackdown is underway amid a military coup as millions continue to protest the detention of Aung San Suu Kyi, the leader of the country’s civilian government, who was elected in a landslide in November.

Suu Kyi and other officials remain in detention in Myanmar, formerly known as Burma.

International calls for her release and for democratic norms to be respected have grown louder in recent weeks — more than 550 protesters have been killed, according to human rights groups on the ground. The Biden administration has limited U.S. trade with the country and issued sanctions against people connected to the military.

“I’m scared whenever I go out,” said Khin, 31, a protester from Yangon, whose surname has been withheld due to the current risks facing protesters. “We can be arrested at any time, sent to jail any time or we can be killed any day.”

Khin called the military crackdown a “disaster” and said young people were being forced to “fight for the future,” online and off.

Using Wi-Fi at a friend’s home to speak to NBC News, Khin said that internet blackouts were frequent and that they were an attempt to limit communications.

The Milk Tea Alliance gave activists like her “courage” and boosted morale, she said.

“Sometimes we get tired, you know, we feel hopeless … because we are human,” Khin said. “But whenever we see that the Milk Tea Alliance is supporting us and trending on Twitter … that makes us get energy and stand up again.”

The alliance shared concrete tactics, too, she added. Protesters in Myanmar are learning from those in Hong Kong to carry gas masks, medical kits and umbrellas at demonstrations or to write blood group types on their arms in case they are hospitalized.

The common scourge of growing authoritarianism in the region has galvanized solidarity, said Roy Ngerng Yi Ling, 39, a nonprofit worker and political activist in Taipei.

Young, digitally native people are alarmed by the “threat of democratic recession,” said Ling, whose family is from Singapore, and China’s increasingly assertive behavior is a particular concern.

“The Milk Tea Alliance … also reflects resistance against a common threat of authoritarian China not being favorable to our cause for greater freedoms,” Ling said, urging the U.S. and Europe not to take a “back seat” in strengthening democracy in Asia.

“There is only a small window of opportunity here to stand up for democracy globally before it closes,” he added.

Chinese officials have dismissed the alliance in the past.

President Joe Biden has made championing democracy a hallmark of his political agenda, promising to host the world’s first global summit on democracy.

With relations between Beijing and Washington increasingly strained, Biden told reporters at the White House last month that he wouldn’t let China surpass America as the world’s most powerful country. Chinese leader Xi Jinping “doesn’t have a democratic — with a small ‘d’ — bone in his body,” Biden said.

“China has, after long-term exploration, found a right path to development. We are confident about this path — we will unswervingly follow the path of socialism with Chinese characteristics,” she said.

China’s own online army is fighting back — often with real-world consequences.

Many nationalistic internet users spring to defend Beijing against the Milk Tea Alliance, which they see “as criticizing Chinese Communist Party rule,” said Hannah Bailey, a researcher of Chinese online censorship at the University of Oxford’s Internet Institute.

“There is a general trend in the last decade that the Chinese state has really shifted from basing its legitimacy on its economic performance … to shifting to a more nationalistic basis for its legitimacy,” she said.

Virtual pressure by Chinese internet users has led to boycotts of Western fashion brands, such as H&M and Nike, in the last month. Previously, the National Basketball Association and the Disney live-action movie “Mulan” have also been targeted by online campaigns.

In some ways, the heated online exchanges are an extension of Beijing’s so-called Wolf Warrior style of international diplomacy, Bailey said — in which the country with the world’s second-largest economy has positioned itself more assertively on the global stage.

Law, the Hong Kong activist, who fled to Britain last year after Beijing amassed greater political control over his homeland, said that democracy in the region is waning and that “systematic suppression” is rife.

But the alliance is not just about curbing China’s influence, he added. It is also a broader tool to stave off “authoritarian governments and brutal regimes.”

“We’re all fighting for the same thing,” he said. “Democracy, which is a common value, a universal value.”