Hackers appear to leak personal data of 1,000 Belarusian police officers ahead of rally 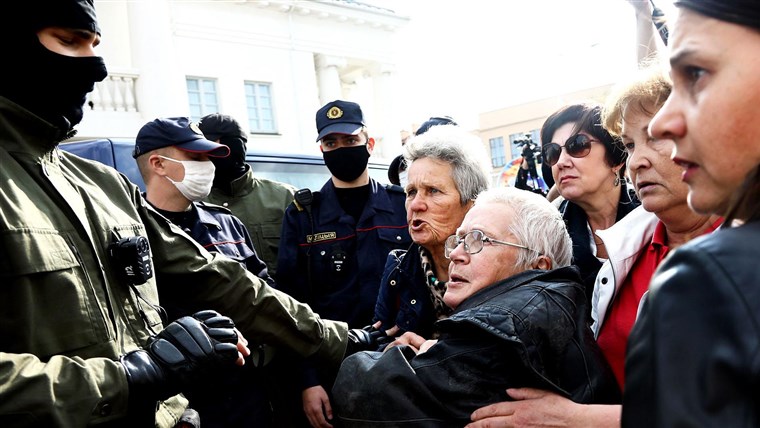 Anonymous hackers appeared to have leaked the personal data of more than 1,000 Belarusian police officers in retaliation for a growing crackdown against demonstrators, before thousands gathered in capital Minsk on Sunday to protest against strongman leader Alexander Lukashenko’s rule.

Distributed on the Telegram messaging app by the opposition news channel NEXTA Live on Saturday, the Google document contained a list of 1,003 names of officers as well as their birthdates, ranks, places of work and hometowns.

“If detentions continue, we will continue to publish data on a massive scale,” NEXTA said in a statement, alongside the Telegram message.

NBC News has seen the list, but was unable to verify whether the information contained in the document was accurate or whether the officers had detained protesters.

The channel promised to continue publishing personal data of officers if protesters continued to be detained.

“No one will remain anonymous even under a balaclava,” it said.

The government said it would find and punish those responsible for leaking the personal data of officers.

“The means and technologies at the disposal of law enforcement make it possible to identify and prosecute the overwhelming majority of those guilty of leaking personal data,” Olga Chemodanova, Belarus’ interior ministry spokeswoman, told Russian state news agency Tass on Saturday.

Andrey Parshin, the Head of the Main Directorate of Internal Security of the Ministry of Internal Affairs, was quoted by Belarusian state news agency Belta earlier this week that nearly 300 police officers have had their personal data leaked since the election.

“Over 250 employees and their families were subjected to destructive pressure,” Parshin said.

Police, whose faces are often obscured by masks or balaclavas, have detained thousands of protesters since the demonstrations began after the Aug. 9 presidential election that saw Lukashenko win by a landslide. His opponents said the election was rigged in his favour.

Since then, regular demonstrations have taken place across the country to demand Lukashenko’s resignation.

Hundreds of people have since been detained and many have complained of beatings and mistreatment in custody.

The hacked document was released after almost 400 women were detained during a women’s march, according to the human rights organization, Viasna. Female protesters have become a strong presence during the protests, but in recent weeks police appear to be cracking down on them more.

Despite the arrests, thousands gathered in the capital Minsk on Sunday for the sixth straight week of protests. Many were carrying the country’s traditional red-and-white flags, chanting “Long live Belarus” and “go away.”