From palace to Piers Morgan, fallout continues from Harry and Meghan’s interview 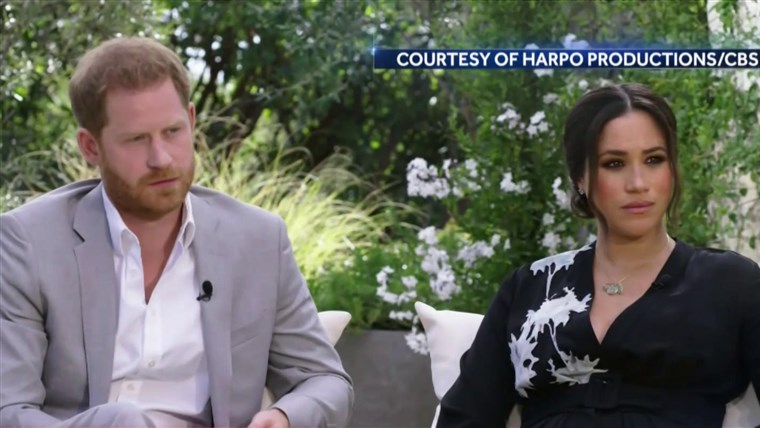 Despite the queen’s plea Tuesday night for the couple’s allegations to be “addressed by the family privately,” her 61-word statement has not curbed the insatiable appetite of the British press and members of the public.

British newspapers were on Wednesday still dominated by the public rift, unpacking the meaning behind every line of the palace’s carefully-crafted statement.

The Daily Express splashed “Recollections may vary,” while the Daily Mail led with “Poll: Now strip them of their titles.”

Piers Morgan, co-host of ITV’s “Good Morning Britain” and an outspoken critic of Meghan, faced widespread condemnation for doubting Meghan’s story, including her confession of feeling suicidal. More than 41,000 complaints were sent to Ofcom, the British TV regulator, with many commentators on social media accusing him of racism.

ITV announced Morgan’s resignation Tuesday night after 5 years with the show and on Wednesday the tabloid newspaper editor-turned-broadcaster remained defiant.

“On Monday, I said I didn’t believe Meghan Markle in her Oprah interview. I’ve had time to reflect on this opinion, and I still don’t,” Morgan tweeted, alongside a quote by former Britain’s wartime Prime Minister Winston Churchill.

He added that freedom of speech “is a hill I’m happy to die on” and he would not give in to mounting pressure for him to walk back his comments.

Ofcom announced it was investigating the show’s Monday episode under its “harm and offence rules,” after Morgan questioned Meghan’s comments, before getting into a heated on-screen exchange with Shola Mos-Shogbamimu, a Black commentator.

Reid addressed the news that Morgan “has decided to leave the program” and spoke about the polarizing qualities of her former colleague.

“He is without a doubt an outspoken, challenging, opinionated, disruptive broadcaster. He has many critics and he has many fans. You all know that I disagreed with him about Meghan’s interview,” she said on Wednesday’s show. “He has been a voice for many of you and a voice that many of you have railed against. It is certainly going to be very different. But shows go on and so on we go.”

Britain’s newspapers remains embroiled in the royal saga after its official industry body dismissed allegations of racism, in a statement panned by some journalists and politicians.

The Society of Editors, an industry organization which promotes press freedom, said it was “not acceptable for the duke and duchess” to allege their coverage was racist, “without providing any supporting evidence,” in a statement released Monday.

That response has led editors at media organizations such as The Guardian and HuffPost to condemn the body’s stance.

Meanwhile, celebrities continue to show support for Meghan’s decision to speak out.

“Thank you Meghan for your courage and leadership. We are strengthened and inspired by you,” Beyoncé shared in a statement on her website.