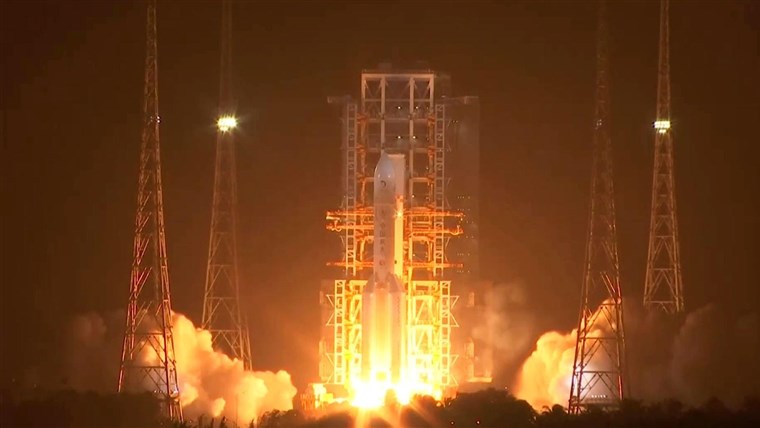 John Ratcliffe, the director of national intelligence, included the explosive claim in a long Wall Street Journal op-ed in which he made the case that China poses the pre-eminent national security threat to the U.S.

“There are no ethical boundaries to Beijing’s pursuit of power,” wrote Ratcliffe, a Republican former member of Congress from Texas.

His office and the CIA did not immediately respond to requests to elaborate on the notion that China sought to create “super soldiers” of the sort depicted in Hollywood films like “Captain America,” “Bloodshot” and “Universal Soldier.”

Last year, two American scholars wrote a paper examining China’s ambitions to apply biotechnology to the battlefield, including what they said were signs that China was interested in using gene-editing technology to enhance human — and perhaps soldier — performance.

Specifically, the scholars explored Chinese research using the gene-editing tool CRISPR, short for “clusters of regularly interspaced short palindromic repeats.” CRISPR has been used to treat genetic diseases and modify plants, but Western scientists consider it unethical to seek to manipulate genes to boost the performance of healthy people.

“While the potential leveraging of CRISPR to increase human capabilities on the future battlefield remains only a hypothetical possibility at the present, there are indications that Chinese military researchers are starting to explore its potential,” wrote the scholars, Elsa Kania, an expert on Chinese defense technology at the Center for a New American Security, and Wilson VornDick, a consultant on China matters and former Navy officer.

“Chinese military scientists and strategists have consistently emphasized that biotechnology could become a ‘new strategic commanding heights of the future Revolution in Military Affairs,'” the scholars wrote, quoting a 2015 article in a military newspaper.

One prominent Chinese general, they noted, said in 2017 that “modern biotechnology and its integration with information, nano(technology), and the cognitive, etc. domains will have revolutionary influences upon weapons and equipment, the combat spaces, the forms of warfare, and military theories.”

VornDick said in a phone interview that he is less concerned about the battlefield advantage such research might provide than he is about the consequences of tampering with human genes.

“When we start playing around with genetic organisms, there could be unforeseen consequences,” he said.

Representatives of the Chinese government did not immediately respond to a request for comment.

The overall message of Ratcliffe’s opinion piece is that China is a dangerous adversary that threatens American economic and national security.

In an interview with Fox News, Ratcliffe urged President-elect Joe Biden to “be honest” about China.

As NBC News has reported, Biden and his foreign policy advisers agree that China poses a major threat, but they say they believe the Trump administration offered more bluster than substance in response.