Britain is burning — so why aren’t its potential new leaders focusing on it?

Home WORLD NEWS Britain is burning — so why aren’t its potential new leaders focusing on it? 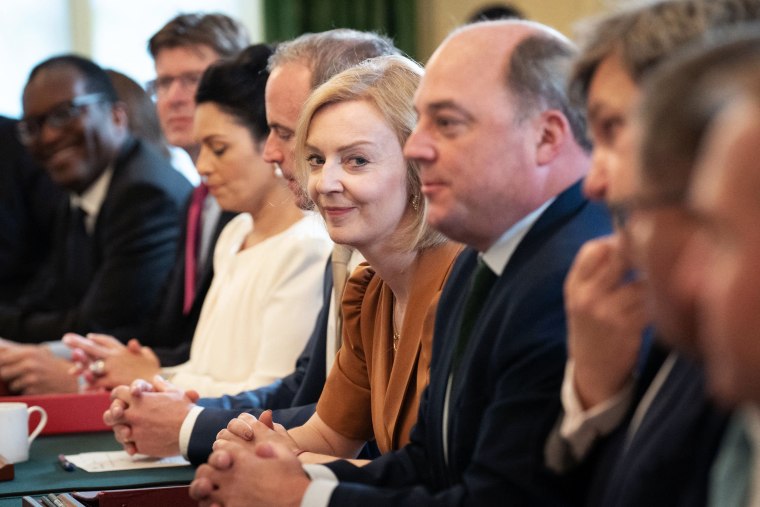 LONDON — Britain is currently a land of two parallel universes.

In one, the country has been plunged into two days of brutal, extreme heat, smashing 360-year-old temperature records, sparking unprecedented wildfires and bringing daily life for many to a stultifying halt.

In the other universe is the Conservative Party leadership contest — a realm where global warming is barely mentioned at all.

Right now those vying to become prime minister are accused of ignoring climate change and this week’s heat wave. In a vote Wednesday, the Conservative Party chose Rishi Sunak and Liz Truss as its two finalists, eliminating Penny Mordaunt.

It’s “a leadership contest that’s out of touch with reality,” said Tim Bale, a politics professor at Queen Mary University of London, who rates some of the candidates’ promises on tax cuts as equally fantastical. “They just don’t want to talk about it because, inevitably, it’s going to involve some sacrifices and disruption for people.”

The reason for this green equivocation isn’t necessarily ideological but rather more likely electioneering, Bale and other experts say.

Climate science denial is rare in mainstream British politics. And the remaining leadership candidates — Sunak and Truss — have all committed to keeping Britain’s target of net-zero carbon emissions by 2050, the same as Washington’s.

But like many in the right-of-center party, they have worried aloud about the supposed economic risks of being seen as too gung-ho on environmentalism. And that’s in the rare moments they have discussed it at all.

“If we go too hard and too fast” toward net zero “then we will lose people,” Sunak, the current front-runner, warned during an ITV News debate this week. Truss said she wanted to find better ways to achieve the goal that don’t “harm people and businesses.”

These candidates know that mainstream British voters really do worry about the environment, with only the economy and health care considered more important issues by the general public, according to a weekly survey by pollster YouGov.

Unfortunately for the vast majority of the United Kingdom’s 48 million registered voters, they have no say in choosing their next leader. The winner will instead be selected by the 350-odd lawmakers and 200,000 members of the ruling Conservative Party.

That’s less than 0.3% of the population, a tiny subset that skews way to the right of the British political center. Conservative members are 97% white — around 10% higher than the rest of the U.K. — and they tend to be richer, older men living in the affluent southeast.

Few prioritize reducing carbon emissions, with just 4 percent deeming net zero the most important task for their incoming leader, another YouGov poll found this week. The highest priority was simply beating the opposition Labour Party at the next election, the poll conducted for Britain’s The Times newspaper said.

Many economists, climate scientists and activists say this is a false dichotomy between climate and economy: If there’s anything wrecking the economy, it’s the too-slow progress on stemming the climate crisis.

That reality came crashing into the foreground for Britain this week as it broke its temperature record, topping 104 degrees Fahrenheit Tuesday, making it hotter than 98% of the planet.

Much of this typically mild archipelago with scant air conditioning was brought to a standstill. The government advised people to stay indoors and millions drew their curtains in a fruitless attempt to keep the heat out. Many live in brick, terraced houses built in the 1800s that are designed to stay warm, not cool.