From Berlin to Beijing, America’s election drama as seen by the rest of the world

Home WORLD NEWS From Berlin to Beijing, America’s election drama as seen by the rest of the world 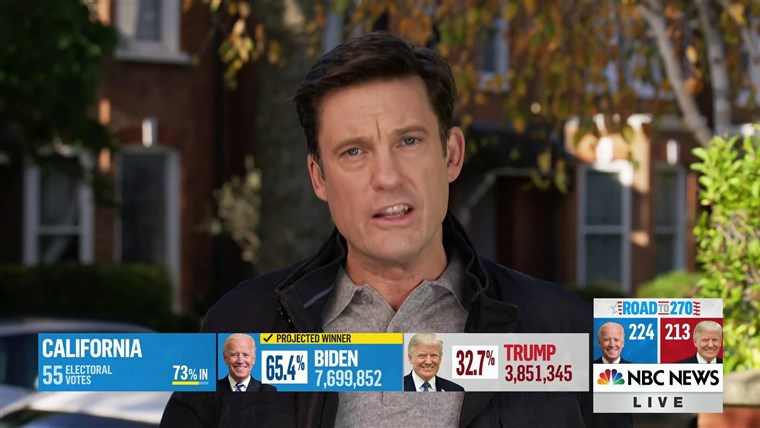 All politics is local, the truism goes. And such is the case for millions watching the United States election drama unfold from abroad.

“Today marks the end of the election process of the person who will be responsible for all the troubles in Russia for the next four years,” Ksenia Sobchak, a former Russian presidential candidate and TV anchor joked on her Telegram social media platform Wednesday.

As Americans were all consumed by days of a democratic white-knuckle ride, from Berlin to Beijing the rest of the world contemplated the U.S. presidential election and how the potential outcome would impact their lives for the next four years.

Top of the agenda for some was the environmental impact of the U.S. vote. The U.S. formally left the Paris Agreement on Wednesday — a global pact adopted five years ago by 197 countries to reduce global greenhouse gas emissions and to limit the global temperature increase, according to the United Nations.

It was a campaign promise fulfilled for President Donald Trump, one former Vice President Joseph Biden had promised to reverse were he to win the election — and a symbol to many of how the vagaries of American leadership can reverberate around the world.

“The fact that Trump pulled out of the Paris environment agreement is really something that touched me,” said Sarah Depaz, 26, a Paris-based marketing manager. “America is a big country and this has a huge impact on the environment.”

While China is the leading producer of carbon emissions, the U.S. comes in a not-so-distant second, according to the Global Carbon Atlas. The American contribution to cutting emissions is widely seen as important both in hard numbers, and as a model to other countries.

Other election observers had the coronavirus and its global economic impact top of mind.

“I think what we need is a leader who can save the world,” said Ali Nazzal, 50, a human resources consultant in the Palestinian city of Ramallah. “We need someone to protect the world from the big recession we are facing.”

For Nazzal, Trump had done “well” economically, thus far. Even as, for the Israeli-Palestinian conflict, he saw no American president having all the answers.

“I don’t see that [either] of them can solve this conflict, not Biden and not Trump. I think our conflict is more complicated than one era for one president to solve it.”

“I’m supporting Trump, but it’s not because I’m an Israeli,” said Shapiro. “It’s because he was so good for the economy and especially for Wall Street.”

Trump said last month that the U.S. was “leading the world in economic recovery,” a declaration that economists were swift to rebuff.

Others had their minds on the more immediate health of their wallets.

Asian stock markets had a skittish start Wednesday, but Asian shares climbed on Thursday and bonds extended their blistering rally as investors wagered the prospect of U.S. policy gridlock would greatly favor some industries while also restraining government borrowing, according to Reuters.

“We will pay attention to the markets because we think the election will impact stock prices,” said George Liu, 33 years old, who works in IT in Beijing.

And then there were those who spoke to the idea that the world needs a correction, a reset, with a new American president.

“A lot of people hope that Trump wins because he is good for Israelis. But I think on the larger scale, Biden is better for the world ” Galit Ofgang, a Tel Aviv musician said. “I just [want] to go back to more humane ideas.”

Agreed Alexia Guerin, 46, a nurse who works in Paris and Monaco, “I can’t wait to see if Trump is going to lose,” she said. “America is going in the wrong direction.”

For others, the prospect of either candidate winning was bleak.

“Every president in America supports Israel,” said Alaa’ Shehda, 30, who works in insurance and comes from the Israeli-occupied West Bank. “Joe or Trump, they are the same for me and it’s not good news.”

Shehda’s comments were reflected elsewhere in the greater Middle East.

Though he expressed a preference for Biden, Professor Muhammad Waheed Gharwal, Journalism Faculty of Kabul University explained “I do not think the change in U.S. president as a result of elections will change America’s strategy and politics towards Afghanistan.”

Saphora Smith reported from London, Lawahez Jabari from Ramallah in the West Bank, Paul Goldman from Tel Aviv and Nancy Ing from Paris.