Biden to withdraw all troops from Afghanistan by September 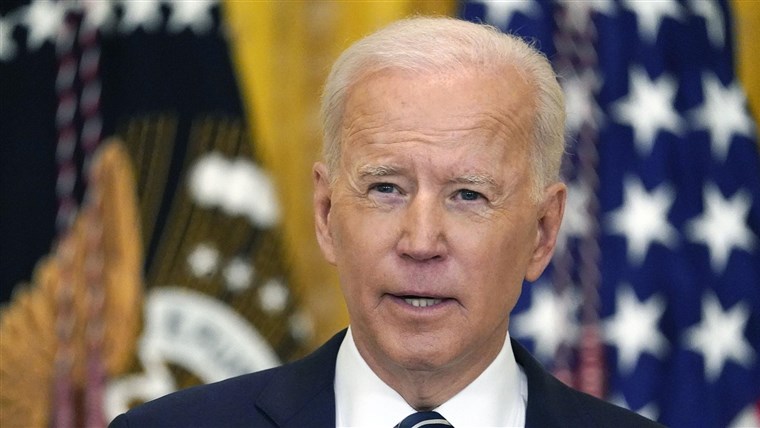 WASHINGTON — President Joe Biden will announce Wednesday that the United States will fully withdraw its troops from Afghanistan by Sept. 11, a symbolic deadline marking the 20th anniversary of the 9/11 terror attacks, senior administration officials said Tuesday.

The troop drawdown will begin before May 1, the deadline for complete withdrawal as outlined in a deal the Trump administration reached with the Taliban, a senior administration official said. The U.S. says there are roughly 2,500 troops serving in Afghanistan.

Biden’s decision comes after a three-month Afghanistan policy review. The senior administration official said the review determined that any national security threat from Afghanistan is at a “level that we can address it without a persistent military footprint in the country and without being at war with the Taliban.”

“That withdrawal may be completed well in advance of Sept. 11,” the official said. Any remaining U.S. troops in Afghanistan would be a number the administration, in consultation with allies, determines is required to protect American diplomats in the country, the official said.

The official said they shared the president’s decision with NATO allies this week. The official said the administration is committed to helping maintain the rights that women have achieved since the war in Afghanistan began in 2001, but it’s unclear how the U.S. will ensure that.

The decision was first reported by The Washington Post.

Reaction to the president’s decision from Capitol Hill was mixed.

Sen. Lindsey Graham, R-S.C., called the strategy “a disaster in the making.”

“A full withdrawal from Afghanistan is dumber than dirt and devilishly dangerous,” Graham said in a statement. “President Biden will have, in essence, cancelled an insurance policy against another 9/11.”

“I’m glad to see us moving out,” Lee told reporters Tuesday. “I want to see us get out of there, and a timely withdrawal seems like a good thing.”

The U.S. will maintain military assets in the region to counter terrorism threats and hold the Taliban to its commitments, including that it would sever ties with al Qaeda. The senior administration official, briefing reporters on Biden’s decision, said any attack by the Taliban on U.S. or allied forces as the drawdown is in progress will be “met with a forceful response.”

Under the deal with the Taliban that was signed last year, the U.S. promised to pull all troops out by May 1 in return for the group’s agreement to enter into peace talks with its adversaries in the Afghan government, and a commitment to ensure that Afghanistan is not used as a staging ground for terrorist attacks on the U.S. or its allies. The Taliban has said if the U.S. fails to abide by that agreement, the group is under no obligation to uphold its end of the deal.

Since taking office Biden has opposed keeping troops in Afghanistan indefinitely, senior administration officials have said, and military officials had convinced him to consider an extension of up to six months.

After receiving several options from the Pentagon, Biden mulled the decision for weeks, frustrating some in the military, NBC News has reported. The president’s final decision to withdraw by Sept. 11 underscores his desire to mark the symbolic anniversary of the attacks by ending a war he has long believed should wind down.

“We went to Afghanistan to deliver justice to those who attacked us on Sept. 11, and to disrupt terrorists seeking to use Afghanistan as a safe haven to attack the United States,” the official said. “We believe we achieved that objective some years ago.”

“The president deeply believes that in contending with the threats and challenges of 2021, as opposed to those of 2001, we need to be focusing our energy, our resources, our personnel, the time of our foreign policy and national security leadership on those threats and challenges that are most acute for the United States,” the official said, citing China, a global pandemic and terrorism. “And that doing that requires us to close the book on a 20-year conflict in Afghanistan.”

The official said other troops serving in Afghanistan from allied countries will also withdraw.

“President Biden will give our military commanders, the time and space, they need to conduct a safe and orderly withdrawal, not just U.S. forces but of allied forces as well on the principle of in together, out together,” the official said. “And so, we will take the time we need to execute that and no more time than that.”