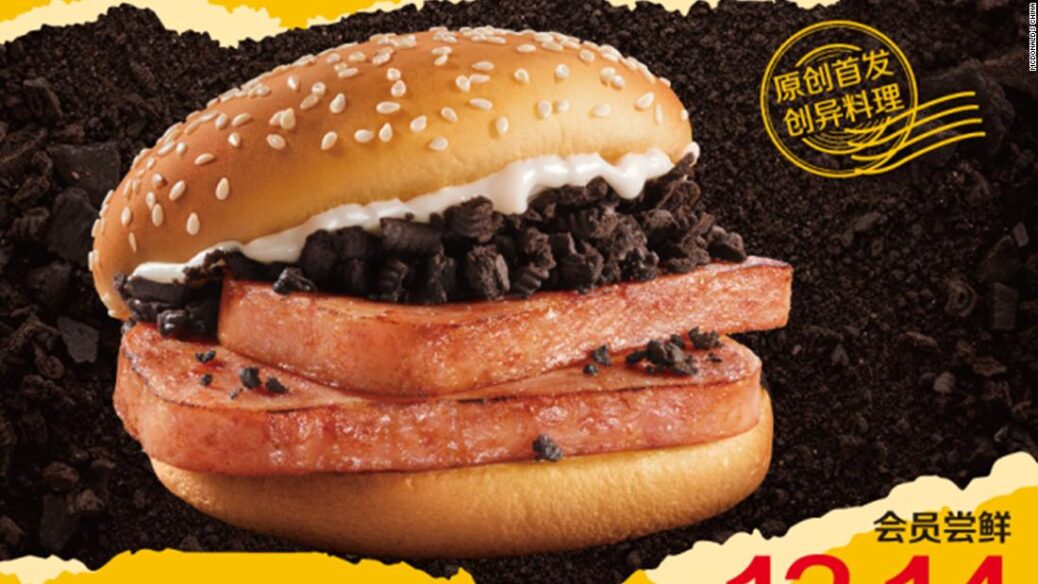 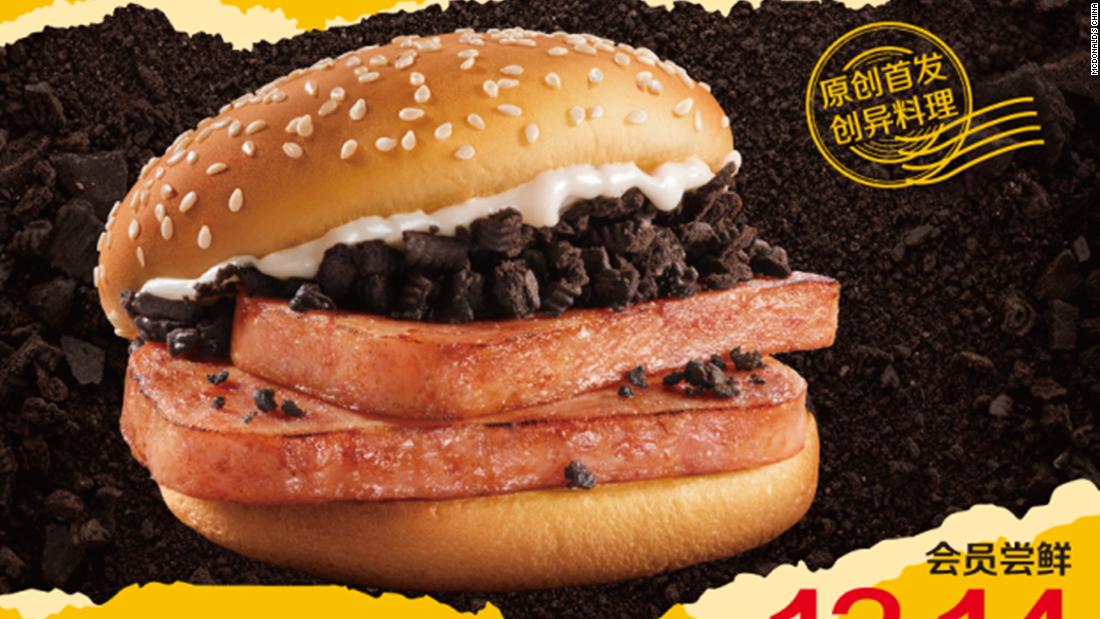 (CNN) — Just when we thought we couldn’t possibly be shocked by yet another bizarre fast food chain restaurant offering — remember Domino’s bubble tea pizza? — McDonald’s China has proved us wrong.

For one day only this week, diners were invited to gobble up Spam and Oreo burgers.

“Luncheon meat is a trending food among youngsters nowadays,” Abbie Xie, communications manager of McDonald’s in China, told CNN Travel. “It has a very strong meaty and satisfying texture.

“The flavorful and crispy Oreo, on the other hand, is a snack youngsters are familiar with. By creatively combining the two foods, it doesn’t only showcase the collision of tastes and textures, it is also quite topical socially.”

The limited-edition burger, offered on December 21, was one of McDonald’s China’s “members only” promotions — a series of discounts and special offers available every Monday.

A voucher was released for McDonald’s members in China to purchase the burger for RMB13.14 ($2).

“We had a total of 400,000 Oreo luncheon meat burgers, available at about 3,700 branches across China — each branch had a limited supply,” said Xie. “The burgers were sold out by noon in some branches. The overall sale was good and there were some fierce discussions on social media sites.”

“Oreos and luncheon meat are surprisingly delicious [together],” said one member. “I thought the sweetness and the savory wouldn’t match but it was unexpectedly harmonious and tasty.”

Another Weibo user found it good, but too small: “As someone from Shandong, I am quite fond of this level of saltiness. If you disregard the price tag and its miniature size, I’d give it 80 points (out of 100).” (People in the northeastern province of Shandong are notorious for loving salty food.)

“It wasn’t bad but it couldn’t be considered tasty,” said one Weibo user. “The Oreo crumbs were everywhere. Swallow and you would completely forget about its taste.”

Another reviewer said it was outright unpleasant: “It was sour and sweet and savory. I could taste the flavors of carsickness.”

A few users also pointed out that it could quite possibly be the “easiest McDonald’s burger to DIY at home” — great news for those of you who feel like you’ve missed out on a rare culinary treat.