Gregg Popovich on Daunte Wright shooting: ‘Makes you sick to your stomach’ 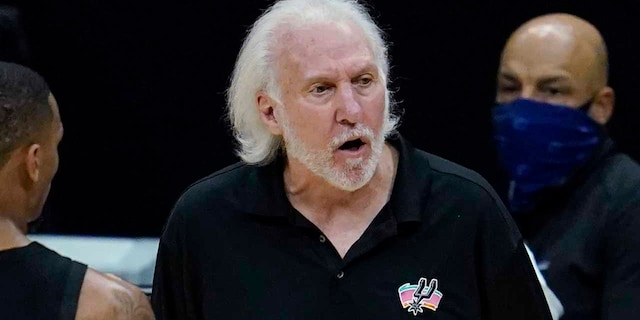 Popovich, who is known for being outspoken when it comes to social issues, said the incident just “makes you sick to your stomach.”

“How many times does it have to happen? As sick to our stomachs as we might feel, that individual is dead. He’s dead!” Popovich said on Monday, according to KSAT-TV’s RJ Marquez. “And his family is grieving, and his friends are grieving. And we just keep moving on, as if nothing is happening.”

Police shot and killed Wright, a 20-year-old Black man, in a Minneapolis suburb, on Sunday. The bodycam footage showed three police officers gathered near a stopped car that was pulled over an expired registration. Police attempted to arrest Wright for an outstanding warrant, leading to a struggle, followed by the fatal shooting.

Brooklyn Center Police Chief Tim Gannon said the officer who shot and killed Wright had intended to fire a Taser, not the handgun.

The officer was identified as Kimberly A. Potter, whose career with the Brooklyn Center Police Department has spanned more than 25 years, the Minneapolis Star Tribune reported. The Minnesota Bureau of Criminal Apprehension said Monday night that Potter is on standard administrative leave.

Philadelphia 76ers head coach Doc Rivers also spoke out on the fatal shooting on Monday. He said the discussion should not be framed as “frustrating for Black Americans.” Instead, he said we should be frustrated by “all Americans.”

“We keep hearing this ‘cancel culture’ stuff, but we’re canceling Black lives. To me, that’s more important in my opinion,” he added.