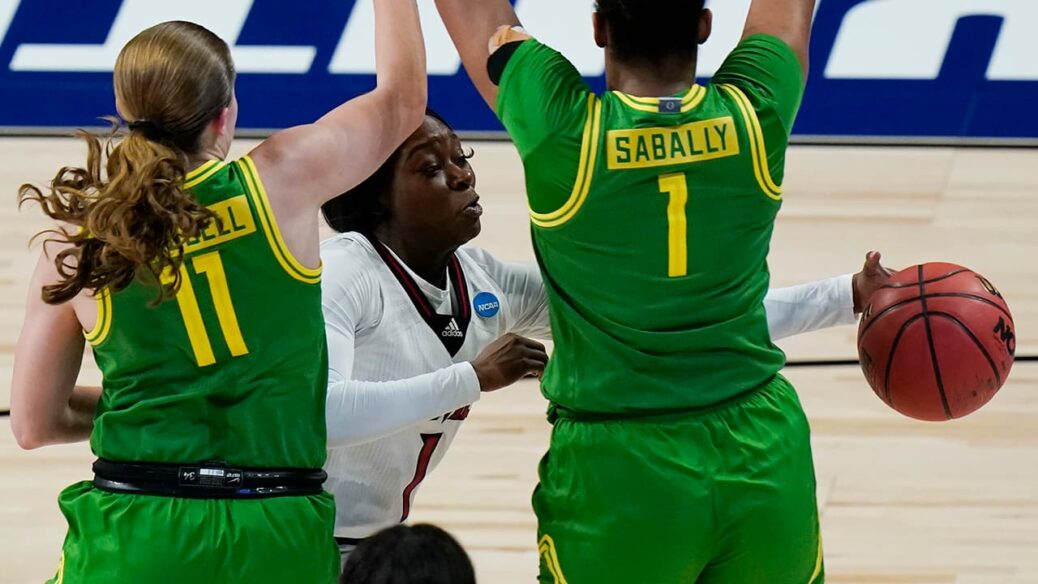 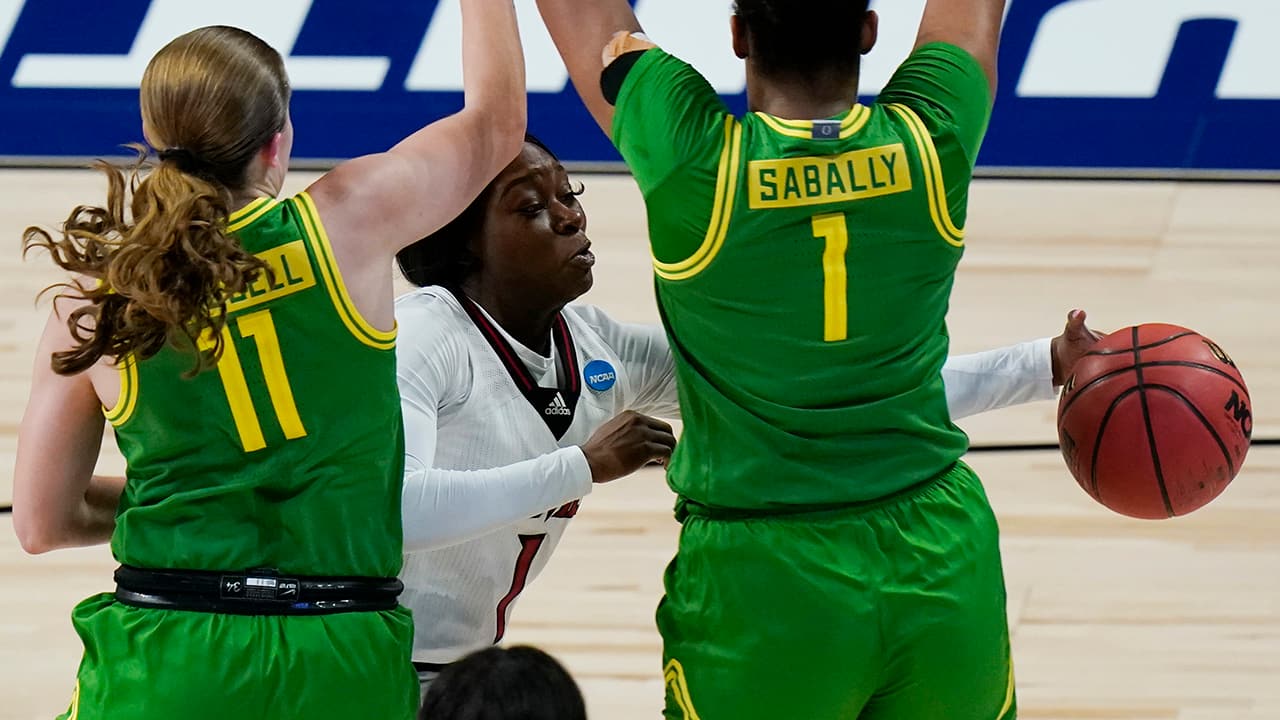 Dana Evans scored 29 points and No. 2 seed Louisville advanced to the Elite Eight of the women’s NCAA Tournament with a 60-42 win over sixth-seeded Oregon on Sunday night.

The Cardinals will face top seed Stanford on Tuesday night in the Alamo Region final.

Louisville (26-3) continued its stellar defensive play, holding Oregon (15-9) to 14 points in the first half, including six in the second quarter.

Evans provided the offense. After going scoreless in the first quarter, the All-America guard started to heat up. Oregon had freshman Maddie Scherr guarding her in the opening period before she hurt her ankle and had to come out of the game. Evans responded by scoring 13 points in the second and ended the period with a nifty drive and dish right before the buzzer to give Louisville a 29-14 advantage at the break.

Oregon rallied in the second half, cutting its deficit to 10 after three quarters. The Ducks were down 41-33 with 50 seconds left in the third after two free throws by Nyara Sabally. But she went down with a left ankle injury 20 seconds later when she stepped on a teammate’s foot. Sabally had to be helped off the court. She didn’t return and finished with 14 points.

The Ducks got within 43-37 early in the fourth quarter, but seven straight points by Evans — including two deep 3-pointers — started a 13-0 run that put the game away.

Evans capped her night with a fast-break layup off a spectacular behind-the-back pass from Mykasa Robinson, who stole the ball with a minute left.

Oregon was trying to get to its fourth straight Elite Eight and second consecutive Final Four. The Ducks had struggled heading into the NCAA Tournament, dropping five of six before getting to Texas.

Evans also struggled late in the season and hadn’t played well in the first two games of the tournament. She hadn’t scored more than 15 points in any of the five ACC or NCAA Tournament games before Sunday.

The Cardinals hadn’t played well at the start of either of their NCAA games. Coach Jeff Walz joked before the game that he would change his pregame speech after the Cardinals trailed by nine after one quarter in the first round against Marist and by 15 against Northwestern.

Louisville didn’t light it up early this time, either, but managed a 10-8 lead after the opening quarter. The teams combined to shoot 9 for 35 in the first 10 minutes.

The Ducks missed all nine 3-point attempts in the first half and finished the game 2 for 18.

Oregon coach Kelly Graves will travel to Indianapolis in support of his son, Will, who is a walk-on for the Gonzaga men’s team. The unbeaten Bulldogs will play in an Elite Eight game on Tuesday against either Southern California or Oregon.