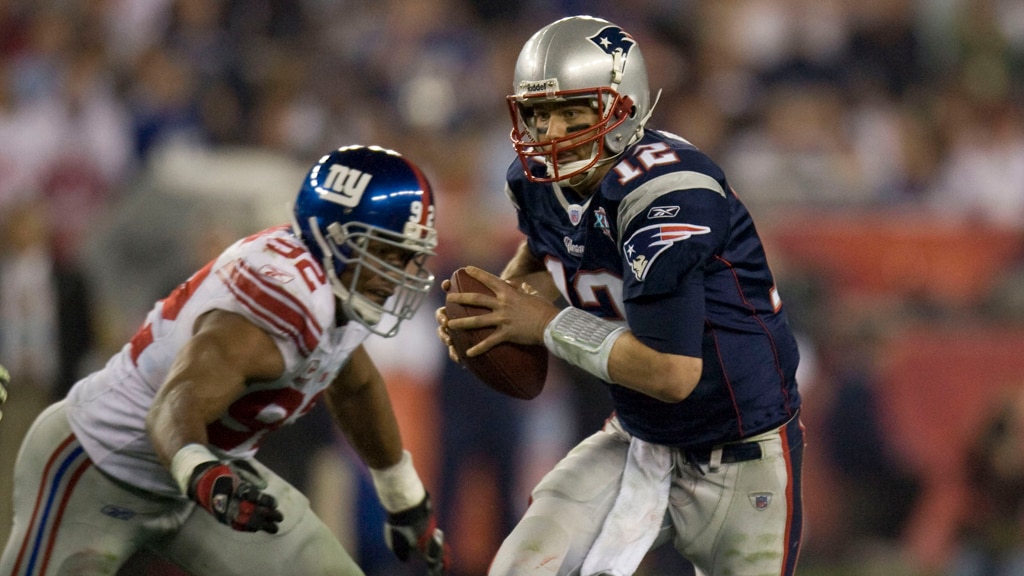 Quarterback Tom Brady will be playing in his 10th Super Bowl when the Tampa Bay Buccaneers square off against the Kansas City Chiefs at Raymond James Stadium in Tampa on Feb. 7.

Brady already has six Super Bowl titles — with a chance at a seventh ring — but to this day he is still bitter about his losses to Eli Manning and the New York Giants.

Manning and the Giants came away with victories over the New England Patriots in Super Bowls XLII and XLVI, but the big game when the Giants pulled out an improbable win over the undefeated Patriots, is the one that Manning always mentions to Brady when they see each other.

“I’ve been around Tom numerous times, and I’ve never brought up a Super Bowl or our games versus them,” Manning told the New York Post. “He actually brings it up. It still bothers him a little bit, especially the ’07 one when they had the chance to go down as the greatest team of all time.”

Even though Manning defeated Brady twice in the Super Bowl, he’s still impressed with his career, and what he’s done in his first season with the Buccaneers.

“Going to a new team, new city, new state during a pandemic, where you have a shortened off-season and different rules and kind of get the same results….at age 43, yeah, it’s so impressive,” Manning said. “It was hard to think that was going to be possible. He’s obviously got a special demeanor and a special ability to get guys to rally around him.”