Reds scrap with Cards at plate, tangle in outfield, win 9-6 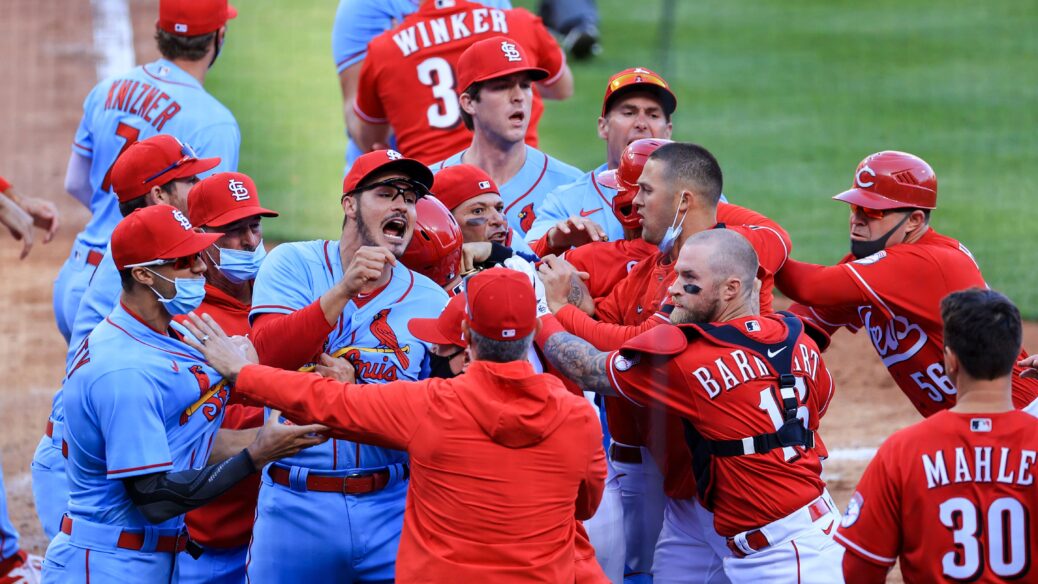 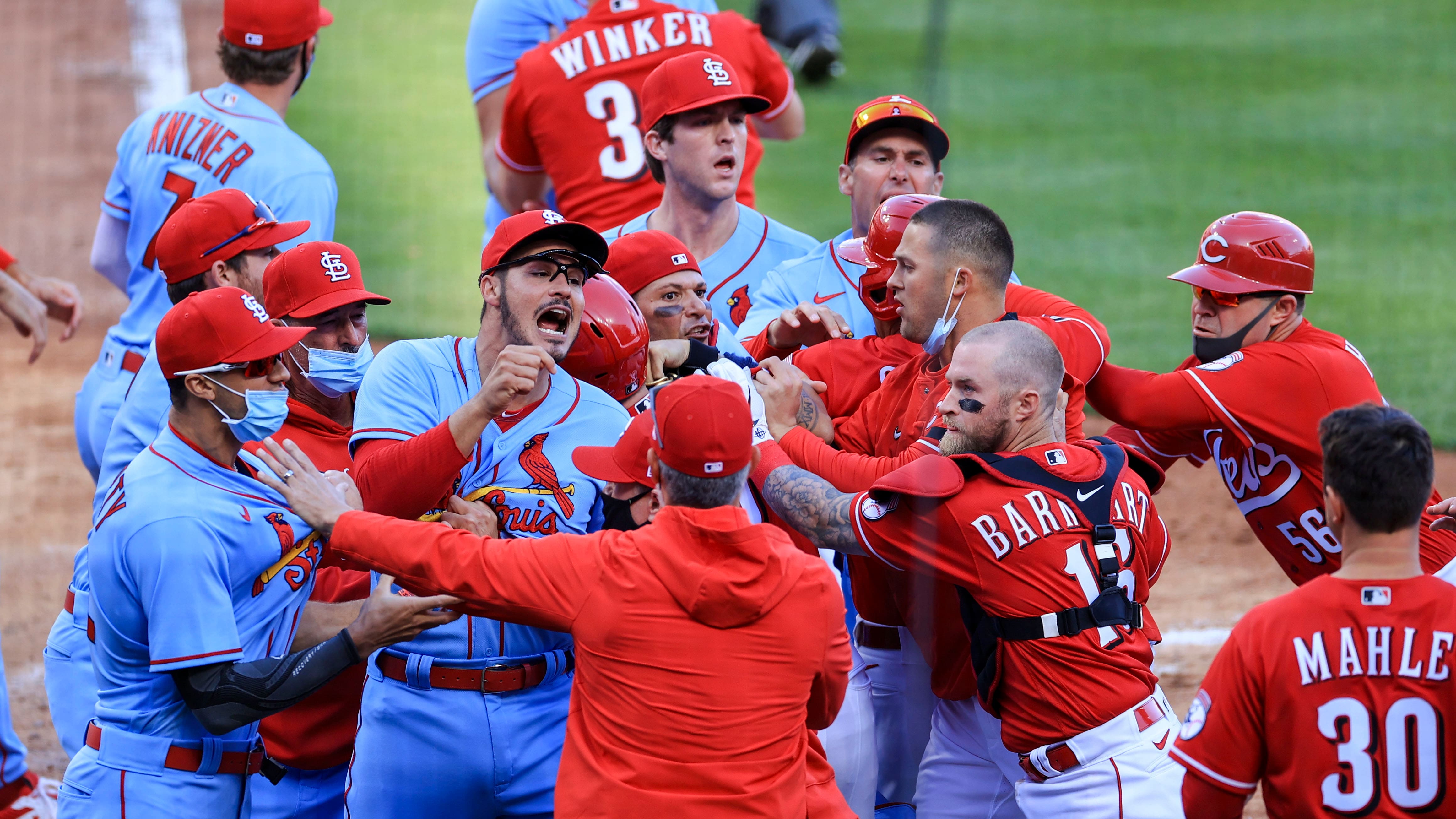 Nick Castellanos stood over, flexed and jawed at St. Louis pitcher Jake Woodford after scoring, setting off a series of scuffles that included relievers shoving in the outfield as the Cincinnati Reds beat the Cardinals 9-6 Saturday.

St. Louis starter Adam Wainwright was knocked around for six runs and chased in the third. The next inning, the teams started tagging each other.

“Our whole group was in there, fast and furious,” Cardinals manager Mike Shildt said.

Castellanos, who homered on opening day and hopped out of the box before tossing his bat, was plunked by Woodford with two outs and none on in the fourth. Castellanos retrieved the ball and offered to toss it back to Woodford before flipping it out of play.

A wild pitch soon sent Castellanos scampering home from third and he scored with a headfirst slide for a 7-2 lead as he bumped into Woodford, who took the throw from catcher Yadier Molina at the plate.

Castellanos said it was raw emotion in the moment after he scored and wasn’t trying to incite Woodford, who had put him on base with a fastball to the ribs. Woodford said it wasn’t intentional.

“I’m not out here to disrespect nobody or whatever, but I want to win,” Castellanos said.

Said Shildt: “There is no need to stand over somebody and taunt somebody.”

As Castellanos began walking away, Molina rushed up and tapped him from behind, and the benches and bullpens emptied in a wild scene.

“It’s just him playing hard, being a competitor, and we’ve got his back,” said Tucker Barnhart, whose two-run homer ignited a six-run third for the Reds.

There was more pushing and shoving before order seemed to be restored. But as relief pitchers for both teams were heading back to their bullpens, they tangled in the outfield.

Castellanos was the only player ejected. Aristides Aquino replaced Castellanos and led off the sixth inning with a home run.

Umpire crew chief Jim Reynolds said Castellanos was ejected because after sliding into home, he “re-engaged the pitcher in unnecessary fashion.”

Wainwright (0-1) lasted only 2 2/3 innings and gave up five earned runs and seven hits.

Back in 2010, the Cardinals and Reds got into a major brawl at Cincinnati. Molina and Brandon Phillips began barking at the plate and eventually Reds pitcher Johnny Cueto got pinned against the backstop and tried to kick his way out.

Castellanos said Molina told him Woodford hadn’t thrown at him intentionally. The Reds outfielder said he respects the longtime star Cardinals catcher enough to believe him.

“That guy could have punched me in the face, and I’d still ask him for a signed jersey,” Castellanos said.

Reds: CF Nick Senzel didn’t start after hurting his left shoulder making a diving catch in Thursday’s opener. Tyler Naquin started in his place, but Senzel came into the game in the fifth inning as part of a double switch. Manager David Bell said OF Shogo Akiyama (hamstring) and RHP Sonny Gray (back) will soon report to the alternate site in Louisville, Kentucky, to continue their rehab.

The Cardinals send RHP Carlos Martinez to the mound to face Reds right-hander Jeff Hoffman on Sunday in the finale of the three-game series.