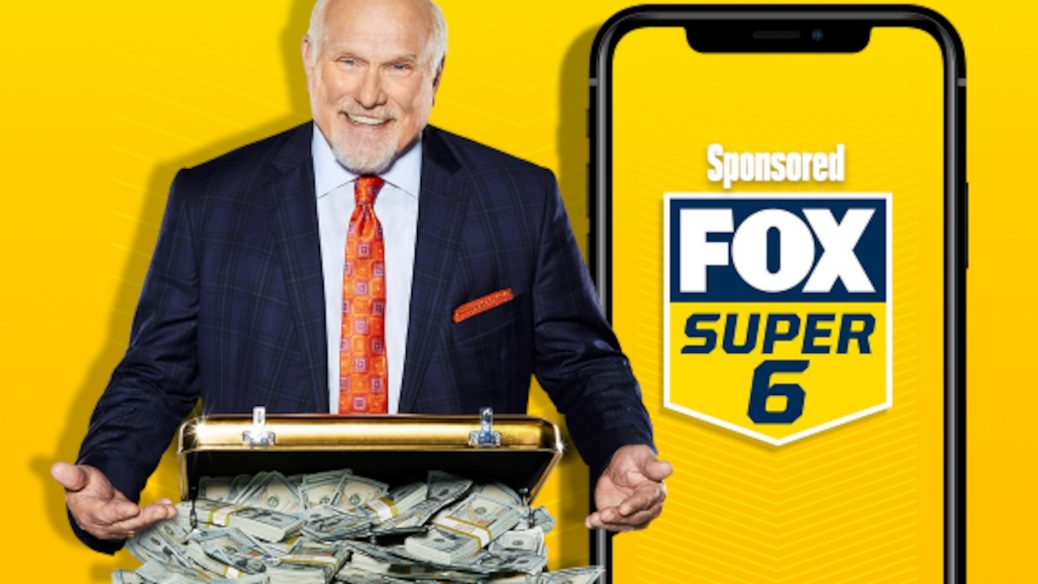 In another college football week that was marked by postponements and cancellations due to the COVID-19 pandemic, there’s still a lot of very intriguing matchups slated for this weekend.

The biggest is the matchup of Top 10 teams in Columbus when perennial power and No. 3 Ohio State hosts surprising No. 9 Indiana in FOX’s “Big Noon Kickoff” on Saturday.

Here’s the schedule of games taking place in the contest, including five on the FOX family of networks:

Just download the FOX Super 6 app on your phone, pick all six of the college football games listed and the margins of victory in each. If you do that, you could win the jackpot of $25,000. Just download the app in the Apple Store or Google Play. The best part is its free!

Two teams coming off their first victories of the season try to keep some momentum going. Illinois downed Rutgers 23-20 in Piscataway last weekend, rallying back from 10 point deficits twice. Isaiah Williams was huge from the quarterback spot with his feet, rushing 31 times for 192 yards and a touchdown. Still, the Illinois offense has struggled to post numbers- averaging only 17 points per game. Meanwhile, Nebraska ran out to a big lead then held on to beat Penn State 30-23 in Lincoln. Luke McCaffrey took over at quarterback and scored two touchdowns- one rushing, one passing- as the Nebraska offense took advantage of two Nittany Lions turnovers.

An unexpected clash for the top spot in the Big Ten comes as the surprising Hoosiers travel to Columbus and look to end a 24 game losing streak to the Buckeyes dating back to 1990. Martin Penix Jr. has been a breakout performer for the Hoosiers at quarterback, but one of the most important guys on Saturday for Indiana could be Stevie Scott, who has become a workhorse running back who will try to eat clock and keep the Buckeyes explosive offense with Heisman contender quarterback Justin Fields on the sidelines. If Indiana can dominate in time of possession, they have a chance against the blue blood Buckeyes.

Quick: Name the leader in the Big XII? It’s not Oklahoma, Oklahoma State or Texas. It’s Iowa State, who is 5-1 within the conference and who has a 1,000 yard running back in Breece Hall with 13 rushing touchdowns. But the Cyclones live on the edge- they average 32.9 scoring but allow 26.7 points per game. The flip side of the coin is the Wildcats, who are 4-3 and have been forced to sit for two weeks after a 20-18 loss to Oklahoma State. Kansas State has the same profile- they play tight games but haven’t found a way to close the deal.

The FOX Super 6 app is the place to go for your college football weekend. You could win up to $25,000 if you pick all six games this weekend.

The Bedlam rivalry has a chance to truly cause chaos in the Big XII. If Oklahoma State wins on Saturday, their path to the Big XII title game appears to be clear with no ranked opponents in their final three games. This will be a style fight- the Cowboys win with defense and hold opponents to just 17.8 points a game. The Sooners are high flying offense thanks to quarterback Spencer Rattler, who has thrown for 2,000 yards and 18 touchdowns for an Oklahoma offense that averages 46.1 points a game.

Second game of the delayed PAC-12 season for the Wildcats and Huskies. Arizona lost a heartbreaking 34-30 game in the final minute last week to USC. The Wildcats feature sophomore quarterback Grant Gunnell, who threw for 286 yards and three touchdowns last week.  Meanwhile, Washington running back Sean McGrew rushed for 91 yards and a touchdown as part of a balanced offensive attack in the Huskies 27-21 win over Oregon State.

PAC-12 After Dark heads to Northern California where David Shaw and the Cardinal try to get back on track after losses to Oregon and Colorado. The Stanford defense has struggled to this point, allowing 464 yards per game in those games. Davis Mills did play against Colorado after being a late scratch due to COVID-19 protocol against the Ducks, throwing for 327 yards and a touchdown. Meanwhile, Washington State’s 43-29 loss to Oregon last week still showed the Cougars ability to put points up. Jayden de Laura has gotten off to a strong start at quarterback for Washington State, throwing four touchdowns and only one interception in the first two games of the season.

One of the best weekend slates on the college football schedule is a great reason to sign up for the FOX Super 6. Download the app today and start picking these six games for free. You could win $25,000.