Song of the Week: Indianapolis Hip-Hop Trio 81355 Bury the Past in Hope of a Better Future on “Capstone”

Home MUSIC Song of the Week: Indianapolis Hip-Hop Trio 81355 Bury the Past in Hope of a Better Future on “Capstone” 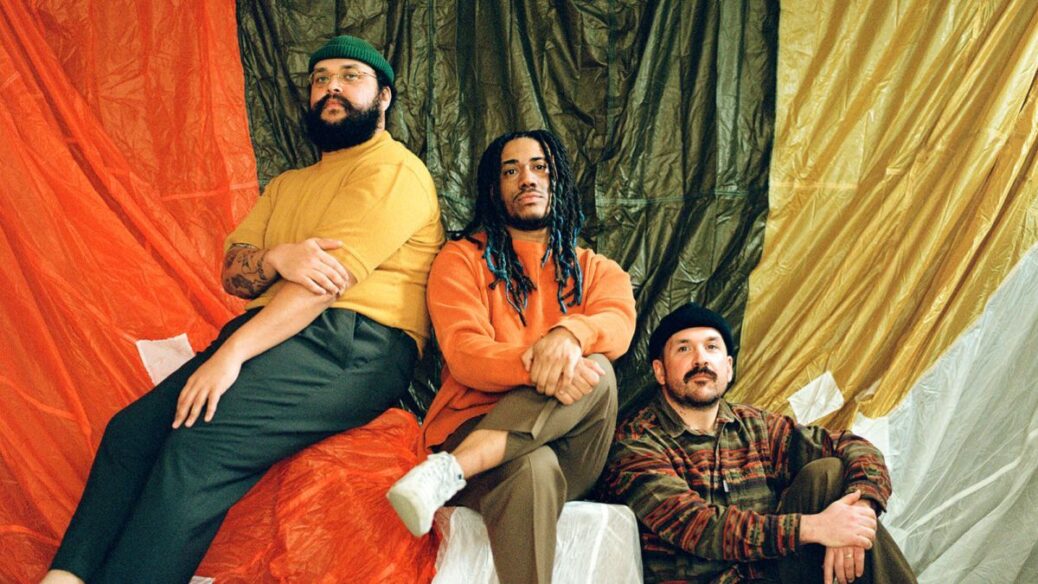 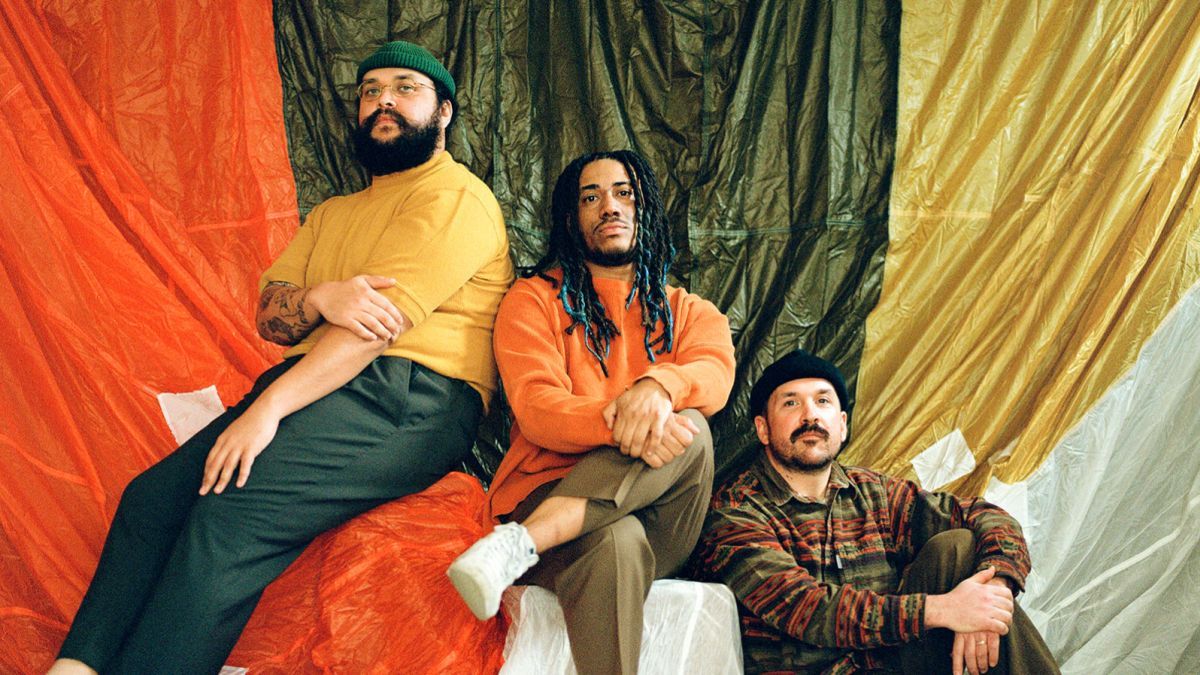 Song of the Week breaks down and talks about the song we just can’t get out of our head each week. Find these songs and more on our Spotify Top Songs playlist. For our favorite new songs from emerging artists, check out our Spotify New Sounds playlist. This week, hip-hop trio 81355 return with the second single off their upcoming, full-length debut.

If there’s any initial impression to be gathered from hip-hop trio 81355, comprised of three staples of the Indianapolis music scene (Sirius Blvck, Oreo Jones, and Sedcairn Archives), it’s that great music can come from anywhere. It’s commonplace to see artists emerging from the expected staples — Los Angeles, New York, Chicago, Atlanta, and Nashville — and, so often, it’s harder to find gems like 81355. This collaborative effort has already started to gain traction — their debut album as a group will be released May 28th on 37d03d, the label co-founded by Bon Iver’s Justin Vernon and The National’s Aaron and Bryce Dessner.

The group’s latest single, “Capstone”, is an eerie, deceptively mellow track with verses from Sirius and Oreo, accompanied by a music video featuring stark visuals of the group being quite literally buried alive. The song feels thematically in line with this current age: that of a battered, fractured nation, scraping to heal from wounds both surface-level and bone-deep. The song is steeped in the Black experience in America; it also feels inextricably connected to the pandemic, as so much art of this era has to be by sheer nature of existence. These are stories both old and new, but the idea of feeling buried alive by the weight of them all is one that’s become all too familiar for so many.

It’s all the more fitting that the group is emerging from Indianapolis, representing voices from corners of the country that are heard from less often than others. Proudly idiosyncratic and tethered to their local punk and art scenes, 81355 (pronounced “Bless”) is a compelling reminder that, so often, the most exciting things around the corner for art and music aren’t coming from a board room — they’re coming from neighborhood clubs, house shows, and basements.

Spring is here and it looks like Freddie Gibbs is ready to hop to it. He’s just released a new single called “Big Boss Rabbit” alongside a grainy music video, both of which see him boasting about his undeniable talents in the hip-hop scene. “Big Boss Rabbit” is the third single Gibbs has released since partnering with Warner Records, following “4 Thangz” with Big Sean and his ScHoolboy Q collaboration “Gang Signs”. Over quick trap drums, Gibbs uses the new song to rap nonstop about the fruits of his labor, the cash in his pocket, and the designer luggage he totes around. “I’m the best in the world,” he chuckles at one point. “It’s facts.” –Nina Corcoran.

Tuareg psych-rock artist Mdou Moctar is one of the best guitarists of this current era, and he’s back with more new music up his sleeve. Moctar has released the title track from his upcoming album, Afrique Victime, due out May 21st via Matador, along with a black-and-white music video that splices live performance scenes together.

This is the second single Mdou Moctar has shared from Afrique Victime, following “Tala Tannam”. This new seven-minute rallying cry sees him knead a pulsing groove and mesmerizing guitar riff into a foundation that stabilizes his mournful chants. “The wind born in Tunisia spread all over Arabia/ Africa is a victim of so many crimes,” he sings. “If we stay silent it will be the end of us/ Why is this happening?” It’s dizzying and powerful all at once, like a burst of psych rock meant to bring a tear to your eye. –Nina Corcoran

Chicago producer oddCouple has teamed up with Jamila Woods for a new single called “Reflections”. It’s the title track from his upcoming solo album that’s due out later this spring. Although oddCouple has a pair of respected projects under his own name, the composer is best-known for his production work with other Chi-town figures like Chance The Rapper, Noname, Joey Purp, Saba, and many others. However, some of his most esteemed credits are for his work on Woods’ albums; he executive-produced her 2016 debut, HEAVN, and also contributed heavily to her 2019 follow-up, Legacy! Legacy!.

In a press release for “Reflections”, oddCouple dubbed the R&B champion “my most trusted collaborator,” so it’s fitting that he’d enlist her to help introduce this new chapter in his career. The DJ’s sound is all over the place, but this new song is a groovy and slightly psychedelic neo-soul track with trappy hi-hats, thunderous drums, and oceanic synths. It’s pretty, transfixing, and emotional all at once, and it comes paired with a music video that’s full of trippy visual aids. –Eli Enis

St. Vincent – “The Melting of the Sun”

Ahead of her appearance on Saturday Night Live this weekend, St. Vincent has shared the second single from her upcoming album, Daddy’s Home. The song was co-produced with Jack Antonoff, who also plays multiple instruments. Kenya Hathaway (Donny Hathaway’s daughter) and Lynne Fiddmont provide backing vocals while Doveman plays the organ. Lyrically, “The Melting of the Sun” pays homage to St. Vincent’s “inspirations — musical, personal and other,” according to a press release. Among those referenced in the song: Nina Simone, Joni Mitchell, and Tori Amos. Daddy’s Home is due out on May 14th through Loma Vista Recordings. –Alex Young

Rising nu-metal revivalists Tetrarch will unveil their new album, Unstable, on April 30th. Ahead of its release, the Atlanta outfit have unleashed the new single “Negative Noise”, a heavy affair, calling to mind the more extreme end of the nu-metal spectrum — with a definite nod to Slipknot. “‘Negative Noise’ is one of the heaviest songs on the new record,” stated frontman Josh Fore. “It mixes big riffs with thick bass, extreme drums and some of the most intense screams I’ve ever done. One of the highlights of the song is Diamond [Rowe]’s guitar solo that she absolutely killed and I know will turn so many people’s heads.”

He added, “Lyrically, the song is about constantly being surrounded by negativity and people trying to pull us in a million directions. More than ever, there is so much static around us, and we wanted to write a song about dealing with it and blocking out all of the noise.” –Spencer Kaufman