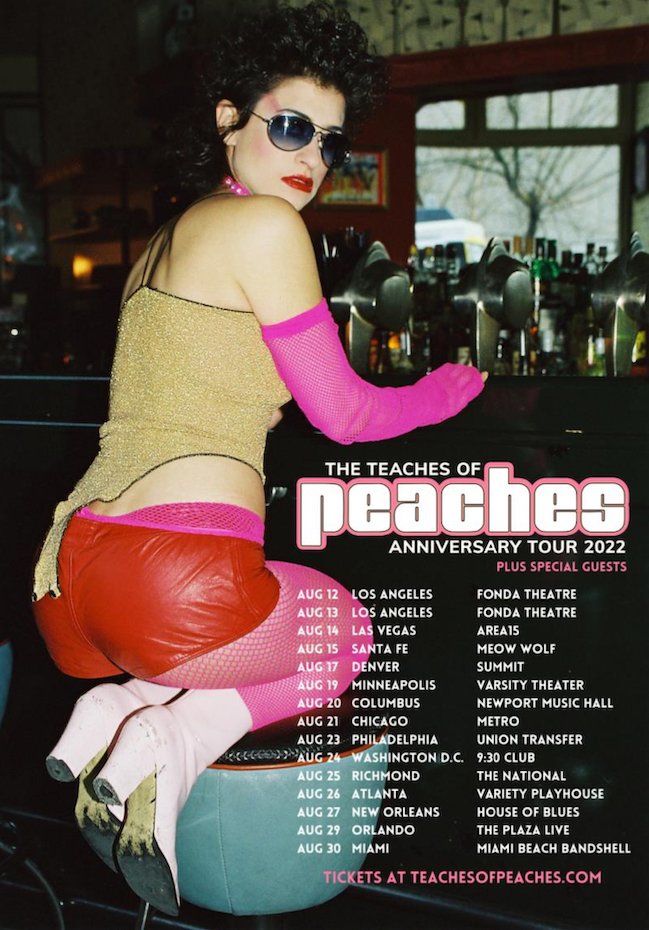 Peaches is taking another bite out of The Teaches of Peaches 20th anniversary tour with more North American dates cropping up in August.

Following a run of previously announced European dates in July, the second leg will kick off with two nights in Los Angeles on August 12th. The new route takes her east via Las Vegas, Denver, Minneapolis, and Chicago to a full East Coast stretch that includes Philadelphia; Washington, DC; and Atlanta. After stops in New Orleans and Orlando, the tour wraps in Miami on August 30th. “Special guests” are teased on the tour poster, seen below, but yet to be announced.

The first North American leg of the Canadian artist’s “Teaches of Peaches” anniversary tour recently concluded with an “extravagant performance” at Boston’s House of Blues on May 29th that Consequence deemed was “just as extra as you’d expect.” Check out the full recap and exclusive photos from the show here.