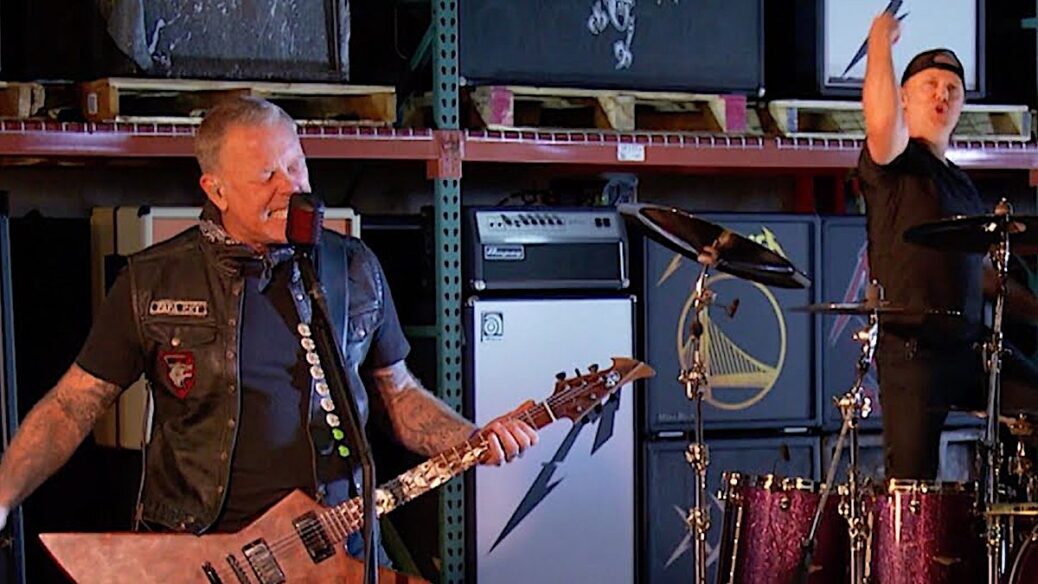 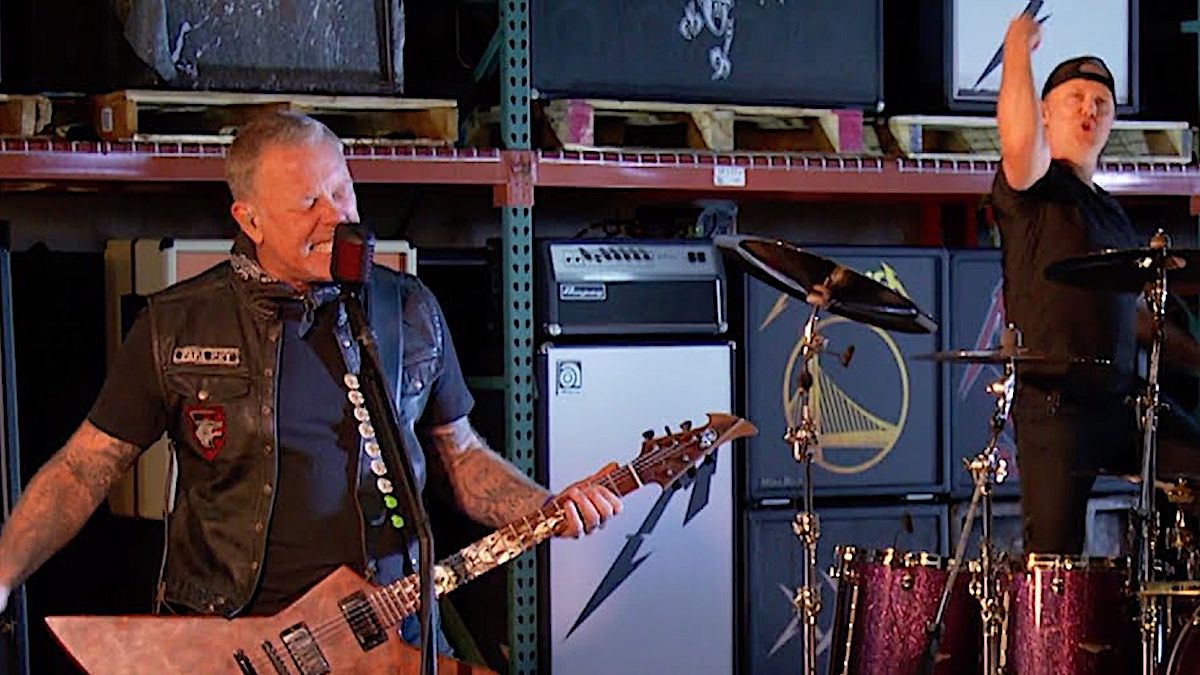 Metallica rocked a special Super Bowl edition of The Late Show With Stephen Colbert on Sunday night. The metal masters offered up a rousing rendition of “Enter Sandman”, set against a special backdrop that paid homage to the band’s recent concert history.

Entering their 40th year as a band, Metallica sounded as strong as ever on the late-night performance, with frontman James Hetfield delivering a powerful vocal. The metal icons played in front of a stack of speaker cabinets from various tours and special concerts of the past 20 years, including shows at Yankee Stadium (“Mariano Rivera Day”), Oracle Park (San Francisco Giants “Metallica Night”), and the band’s own 2013 Orion Music + More Festival in Detroit, among others.

The pandemic forced Metallica off the road in 2020, but the metal legends still made the most of the year. After entering rehab in late 2019 to deal with addiction issues, a healthy-looking Hetfield returned to the band for a series of special gigs. Over the summer, Metallica filmed a concert for a one-night screening at drive-in theaters across North America, and rocked a mini-set on The Howard Stern Show. In November, they played a livestream concert that benefitted the band’s All Within My Hands Foundation.

In addition, Metallica have been working on the follow-up album to 2016’s Hardwired … To Self-Destruct. However, drummer Lars Ulrich recently said the writing sessions are moving at a rather slow pace.

As of now, the only 2021 shows Metallica have scheduled are two headlining nights at the Aftershock festival, October 8th and 10th in Sacramento, California.

Metallica’s performance of “Enter Sandman” on Colbert followed the recent unveiling of a commercial for Ford’s new F-150 Raptor that features the iconic song. Watch the late-night gig and the Ford commercial below.