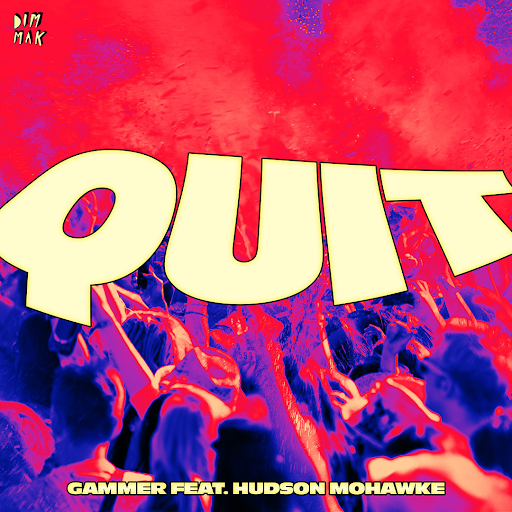 Following the most recent addition to his forthcoming EP in “Replay the Night” with Staysick feat. Nytrix, UK-based producer Gammer switches gears and goes back to basics with Hudson Mohawke on their heartening new collaboration “Quit”. A melodic track layered with lighthearted lyrics paired with a bouncy bassline, Gammer’s “Quit” is out on October 29th via the renowned Dim Mak label.

“I’ve been the biggest Hudson Mohawke fan ever since I can remember so when he asked to make some happy hardcore I was so excited! I feel we’ve really captured the magic of our respective genres. Hardcore will never die!!!” – Gammer

Transitioning from a longing vocal section into an electrified synth filled build up and drop, “Quit” demonstrates the musical versatility and fundamentals Gammer has built a career on. While he has displayed a willingness to dabble in other styles, Gammer fans have come to know and love him for his electrifying, explosive productions. This invigorating tune takes you on a tour through Gammer’s hardstyle abilities with his change in rhythm, punchy kicks, fake out drops, and seamless transitions. Locked and loaded as a guaranteed party starter, this latest release on Steve Aoki’s imprint is a testament to Gammer’s capacity to please any crowd.