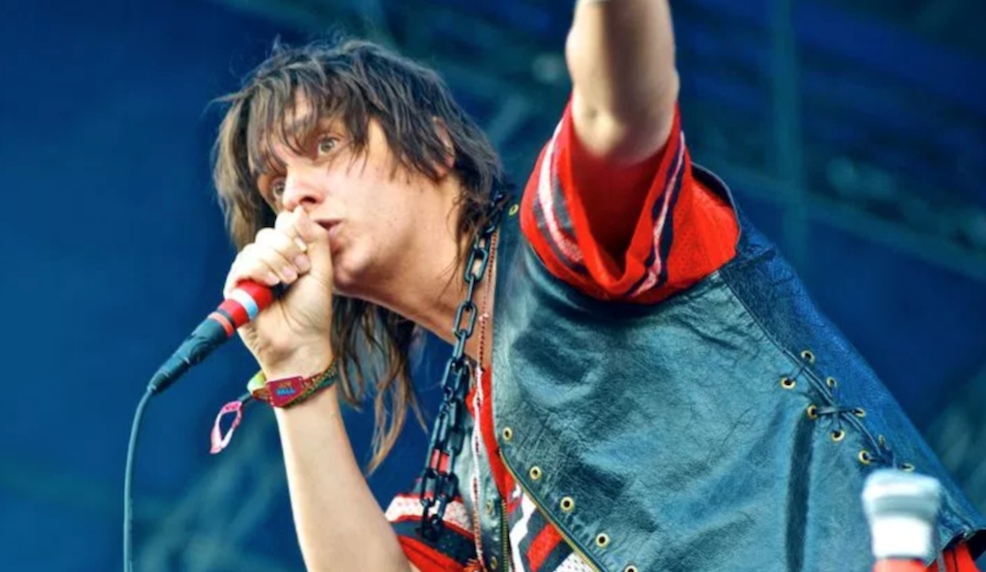 Julian Casablancas has a new gig: The Strokes/Voidz frontman will curate and host his very own radio station in the next Grand Theft Auto Online map. What’s more, both Mac DeMarco and David Cross will be making guest appearances on the channel.

The channel is part of a December 15th GTA update called The Cayo Perico Heist, which brings the game’s classic car-jacking mischief to a lavish island. The surprisingly tasteful soundtracks and hilarious on-air banter of GTA’s radio stations have always been one of the game’s best features, and Casablancas’ K.U.L.T. 99.1 Vespucci Beach, “Low Power Beach Radio”, will surely keep the streak alive.

In addition to audio from DeMarco and Cross, the station boasts an eclectic mix of sounds ranging from Joy Division, The Velvet Underground, Danzig, and the exclusive premiere of a new Voidz song called “Alien Crime Lord”. The map will also feature another new station from the UK producer Joy Orbison dubbed “Still Slipping Los Santos”, which promises a mix of house, techno, drill, and drum-and-bass.

The music-packed Cayo Perico will also introduce a new feature to the game called The Music Locker, an “underground club” that features DJ sets from Moodymann, Keinemusik, and Palms Trax. And as if that wasn’t enough, Flying Lotus will be contributing a brand new mix to his “FlyLO FM” station that boasts a guest appearance from Tierra Whack and new music from Madlib, MF Doom, and Flying Lotus himself.

Check out the map’s official trailer before The Cayo Perico Heist goes live next Tuesday.

In other Casablancas news, The Strokes recently released a Roman Coppola-directed music video for their New Abnormal track “The Adults Are Talking”.

Meanwhile, David Cross is the focus of the latest season of our documentary podcast Assembly. The series follows the veteran comedian as he crafts his new standup show. Listen and subscribe now.