Computer World at 40: How Kraftwerk Predicted Our Techno-Utopian Fate 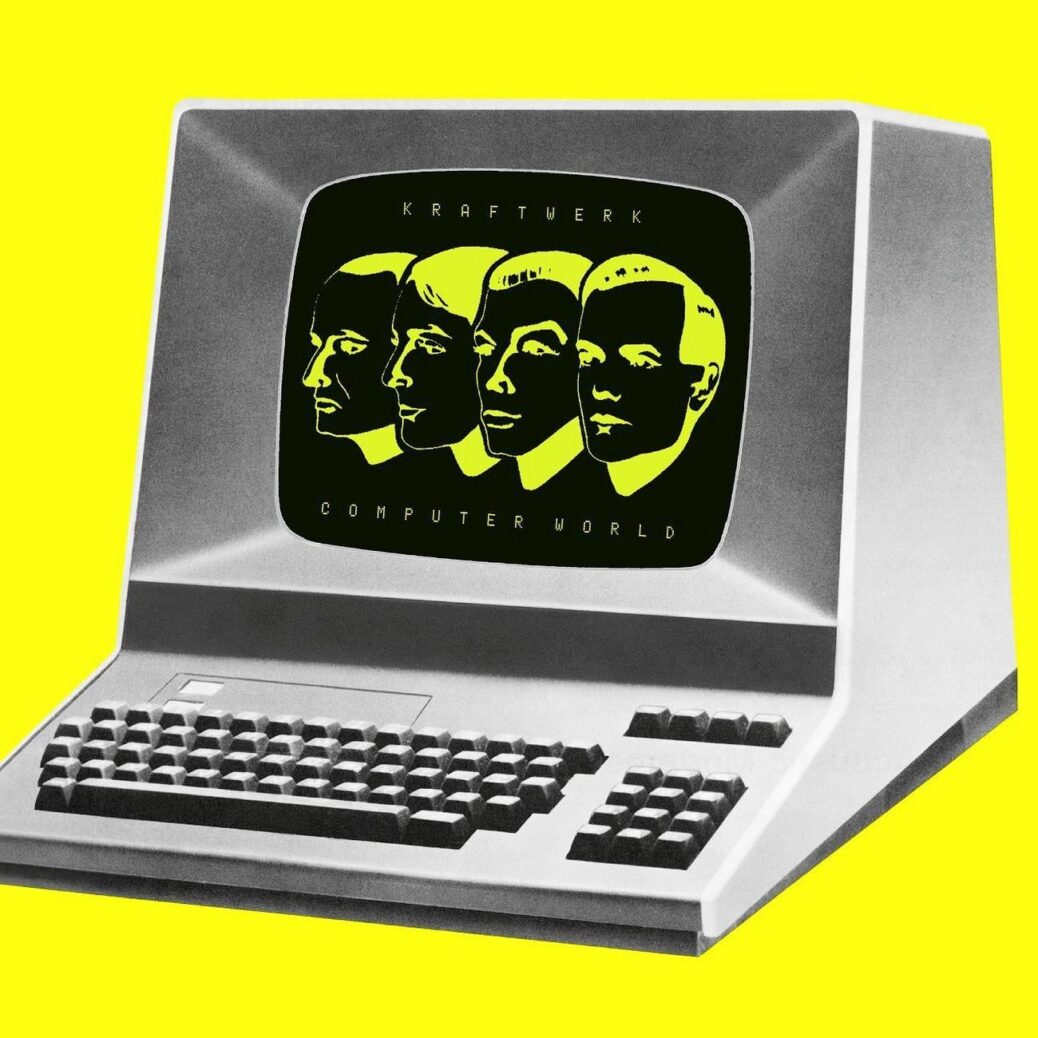 Memory is subject to corruption, but some of us can still recall a very primitive era for personal computers. In the late seventies, early prototypes included the Apple II, Commodore PET and the TRS-80. Programmed with obtuse software, their joys and intrigues remained esoteric, elusive. Beyond the hardware, the Internet was an unknown realm; email and social media were not yet invented, and video chats were simply science fiction. Despite all of these limitations, the rich geography of a Computer World was envisioned by German electronic pioneers Kraftwerk.

Released on May 10th in 1981, Kraftwerk’s eighth studio album was informed by the nascent information age. Raised in affluent, West German families, Ralf Hütter and the late Florian Schneider had long enjoyed access to the most expensive and sought-after electronic gear. However, the elaborate arrangements used in previous releases had made touring difficult, so along with Karl Bartos and Wolfgang Flür, they worked towards something more modular.

On Computer World, the group embraced the sounds of everyday objects. These included a Casio pocket calculator, a Bee Gees-themed toy keyboard, and a Speak & Spell translation device manufactured by Texas instruments.

As self-proclaimed robots, Kraftwerk were destined to embrace the personal computer. For their previous album, 1978’s The Man-Machine (Die Mensche-Maschine), the band aimed to synthesize themselves through a singular, technological vision. In a CREEM interview from 1975, Lester Bangs asked Ralf Hütter if machines could, one day, manipulate the musician. Hütter replied, “Yes. We do this. lt’s like a robot thing, when it gets up to a certain stage. lt starts playing…it’s no longer you and I, it’s lt.”

This kind of mechanical progress had long propelled the music of Kraftwerk. First it was the fun, fun, fun of the Autobahn; then the station-to-station efficiency of the Trans Europe Express; and finally, the cardiovascular endurance of Tour de France. Through Computer World, the group proposed a form of transportation that was not directional — but dimensional. Similar to the radio channels running through Radio-Activity, the PC offered a magic portal, a landscape composed of ones and zeros.

“I program my home computer,” they declared, “beam myself into the future.” And here we are, in the future. A digital dystopia. For as much as computers have changed in the last 40 years, so too have they changed our way of life. Small enough to fit in our hand and so addictive that we never want to let go. Such access has led to a dependency, a constant yearning for the glow of a screen; the neverending scroll.

The “Pocket Calculator” has evolved; its functions extend beyond those described on the lead single from Computer World. In addition to adding, subtracting, “controlling and composing,” we traverse the networks, engage the platforms, and telecommute. When the globe was shuttered in 2020, these “pocket calculators” became more vital than ever. As social distancing measures were implemented, smartphone users saw their screen time increase exponentially. Throughout lockdown, a profound sense of “Computer Love” prevailed. Our COVID malaise foretold by the four-piece from Dusseldorf on the title track: “Another lonely night, another lonely night/ Stare at the TV screen, stare at the TV screen/ I don’t know what to do, I don’t know what to do/ I need a rendezvous, I need a rendezvous.”

Longing for companionship, our subject calls in a “data date,” the terms of which are unclear but not unfamiliar. To computers we give our time, our attention and our love, but most importantly we give our information. These encoded “Numbers” are fundamental, as the album’s fourth single suggests, its lyrics operating outside the realm of words. An interview from the Computer World circuit found Hütter musing on the significance of these digits: “Now that it has been penetrated by micro-electronics our whole society is computerized, and each one of us is stored into some point of information by some company or organization, all stored by numbers.”

Which leads us to “Computer World 2,” the seedy second part. It is here that we encounter the Twitter bot, the facial scan, the ransomware, and the crypto-currency: “Business, numbers/ Money, people.” After forty years, digital privacy is still a wild frontier. With each click and scroll we encounter a new set of conditions. In 1981, the purveyors of personal data were “Interpol and Deutsche Bank/ FBI and Scotland Yard.” Now our information is used for political gain, harvested by companies like Cambridge Analytica.

And we entrust our personal data with readiness, because as always, “It’s More Fun to Compute.” The song proves the maxim by virtue of repetition. Computing in 2021 is more fun than anything. So fun in fact, that many of us have become addicted to the process, fixated on the constant feed. The ubiquity of screens affects our happiness, our sleep, our sense of identity. We find it difficult to escape computers, to subvert their joys. In an effort to restore focus, we block websites, employ timed sessions, deprogram our phones. More than ever, we have become a Computer World.

As for Kraftwerk, the group enjoyed a similar kind of digital apotheosis. Computer World is still regarded by fans and critics as their last significant LP. In promotional photos for the release, the four members appeared glossy and stiff. Mannequins made in their likeness lurched forth with robotic arms, like “Show Room Dummies”. But these cybernetic aspirations were not always so well received. The group was accused of using technology to eclipse the traditional pop star image. In this regard, their intentions were always explicitly clear. Hütter had once asserted, “We are not artists nor musicians. First of all, we are workers.”

While performing “Numbers” on the Computerwelt tour, the four members of Kraftwerk would regularly approach the edge of the stage and play hand-held devices for the crowd. During these colloquial encores, Florian Schneider was known to shred a mini keyboard behind his back, a tongue-in-cheek send-up of contemporary rock guitarists. Engaging the audience in this way would further demystify the image of the musical artist. An egalitarianism was established with the crowd and a sense of humanness was restored to the performers.

The impact of Computer World on popular culture was both immediate and enduring. By way of commercial success, the album introduced Kraftwerk’s music to a wider audience, most notably the burgeoning DJ culture. Only a year after its release, the single “Numbers” was sampled by Arika Bambaataa and Soulsonic Force for the electro smash hit “Planet Rock”. As excerpts from their songs proliferated, Kraftwerk found themselves embroiled in a multitude of lawsuits. And yet, legal action proved to be futile. Time itself could not dim the glow of Computer World. The album persists as a touchstone of electronic music, transmitting its melodies into songs by LCD Soundsystem and Coldplay.

In 1981, computers were dense, immovable devices. Our present relationship with these machines would be difficult to anticipate based on their capabilities at that time. Still, on Computer World, Kraftwerk offer a close approximation to our modern connected lifestyles: An environment where technology is so advanced that we sometimes need to remove ourselves in order to experience the joys of being human.

With the “data dates” that we fulfill, our “pocket calculators” always close at hand, seldom is a moment spent offline. Perhaps there is a lesson within the incandescent textures of Computer World. If we consider it as a whole, the album represents a techno-utopia, a future unlike our own, where harmony is achieved between the physical world and the digital one.