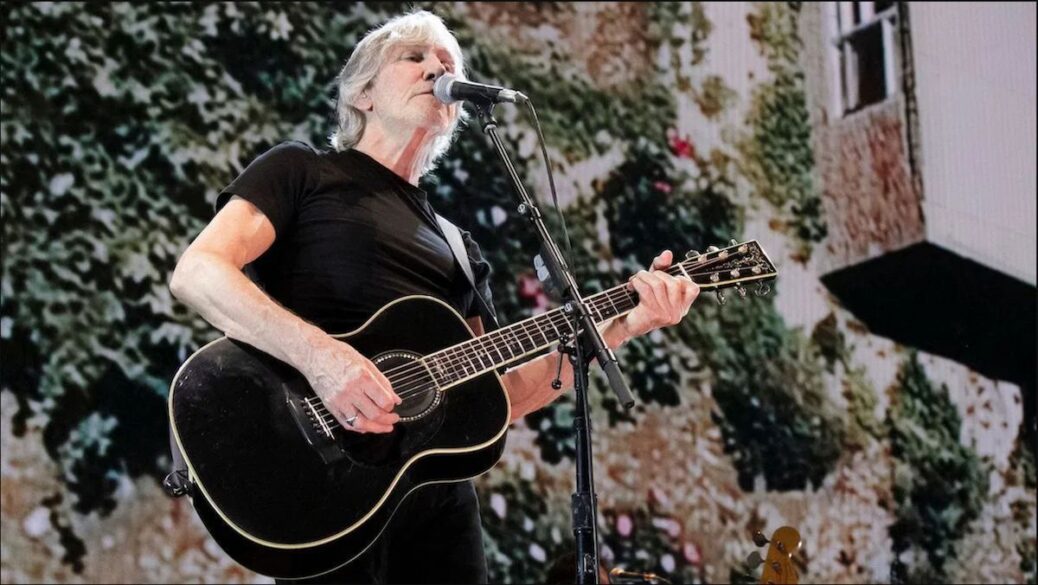 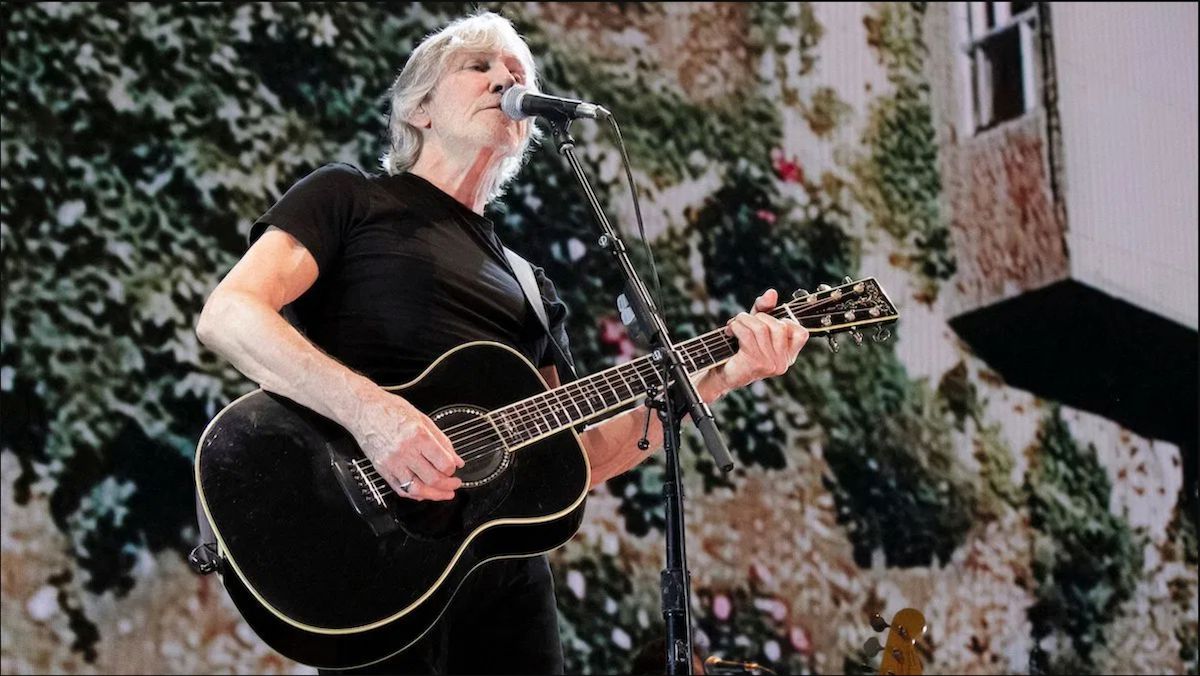 It’s been over 35 years since ex-Pink Floyd bassist and lyricist Roger Waters left the band that made him famous, but he’s still finding ways to keep himself busy. Outspoken and irreverent, Waters’ career as a solo musician has been underscored by his shocking quotes about world politics, whether he’s defending Palestine or lashing out at Donald Trump.

Amid creative differences, the founding member left Pink Floyd in 1985. Since then, he’s put music under his own name pretty steadily, from his 1992 art rock opus Amused to Death to his classical works like Ça Ira.

But no matter what he’s working on in the music world, Waters always has time to speak his mind — for better or for worse.

Below, we’ve rounded up just eight of his most incendiary quotes over the past year and a half.

In June 2021, Waters claimed that Facebook and Instagram offered him a “huge amount of money” for the right to use Pink Floyd’s “Another Brick in the Wall (Part 2).” In a video taken at the People’s Forum, Waters condemned Facebook and Instagram for the censorship of WikiLeaks founder Julian Assange, who is wanted in the US on charges of espionage related to leaked classified information about the Iraq and Afghanistan wars.

“This is something that I actually put in my folder when I came out here today,” Water said in the clip, pulling out a piece of paper. “You have no idea what it is — nobody does — because it arrived on the internet to me this morning. It’s a request for the rights to use my song, ‘Another Brick in the Wall (Part 2),’ in the making of a film to promote Instagram… So it’s a missive from Mark Zuckerberg to me — right, arrived this morning — with an offer of a huge, huge amount of money and the answer is, ‘Fuck you! No fucking way!’”

02. When he accused David Gilmour of telling “a lot of whopping porky pies about who did what in Pink Floyd”

Though it’s been decades since their initial breakup, the drama between Pink Floyd members has yet to cease. In 2020, Waters insinuated that a reissue of the band’s 1977 album, Animals, was being delayed over disputes between him and the band’s guitarist, David Gilmour (the remaster is finally on the way). As Waters tells it in a note on his website, the “redacted” liner notes largely credit project’s conception, songwriting, and cover art design to him, though Gilmour evidently “wants that history to remain secret.”

“This is a small part of an ongoing campaign by the Gilmour/[Polly] Samson camp to claim more credit for Dave on the work he did in Pink Floyd, 1967-1985, than is his due. Yes he was, and is, a jolly good guitarist and singer. But, he has for the last 35 years told a lot of whopping porky pies about who did what in Pink Floyd when I was still in charge. There’s a lot of ‘we did this’ and ‘we did that,’ and ‘I did this,’ and ‘I did that.’”

03. When he blamed Israel for the murder of George Floyd

Last June, at the height of the Black Lives Matter protests in North America, Waters shared his two cents on the relationship between the US and Israel in an interview with the Middle East Media Research Institute. He described Jewish-American billionaire Sheldon Adelson as a “a right-wing fascist racist bigot” and a “puppet master pulling the strings of Donald Trump,” later saying that “Zionism is an ugly stain, and it needs to be gently removed by us.”

None of this is really surprising coming from Waters, considering he’s long been outspoken against the treatment of Palestinians by Israel. However, he then proceeded to indirectly blame Israel for the murder of George Floyd last year, citing the Israel Defense Forces’ use of kneeling on necks.

04. When he said that a post-coronavirus Pink Floyd reunion “would be fucking awful”

Last year, despite their tumultuous history, the surviving members of Pink Floyd held a peace summit to discuss various band ventures and hopefully brush their conflicts under the rug. Unfortunately, it seems like peace wasn’t the result.

“I wrote out a sort of a plan because we’d come to sort of a — I don’t really want to talk about this — but my plan didn’t bear fruit,” Waters told Rolling Stone. “This was just, ‘Can we release the remastered vinyl version of Animals without it turning into the Third World War?’ Wouldn’t that be nice? I actually suggested going democratic. I said, ‘Why don’t we just have a vote? There’s only three of us…’ No, no, they wouldn’t have that. God knows why. Not that there is a God — you know what I mean?”

When asked if a reunion was in the cards post-coronavirus, Waters swiftly set the record straight: “It would be fucking awful,” he said. “Obviously if you’re a fan of those days of Pink Floyd, you would have a different point of view. But I had to live through it. That was my life. And I know in the wake of it, I’ve been cast as something of a villain by whoever, whatever, I can live with that. But would I trade my liberty for those chains? No fucking way.”

05. When he claimed David Gilmour banned him from Pink Floyd’s website

Not long after that failed peace summit, Waters joined the mass of musicians filming at-home performances in an effort to weather the pandemic. Eyebrows raised when his rendition of the Pink Floyd song “Mother” got no recognition from the band’s website or any of their social media. “It does bring up the question of why is this video not available on a website that calls itself the Pink Floyd website?” Waters said in a response video. “Well, the answer to that is because nothing from me is on the website. I am banned by David Gilmour from the website.”

Waters added, “I suggested that because whoever the 30 million of you are who subscribe to the web page, that you do that because of the body of work that the five of us created. That’s Syd (Barrett), me, (the late) Rick (Wright), Nick and David, over a number of years. And in consequence, it seems to me that it would be fair and correct if we should have equal access to you all and share our projects…I think [Gilmour] thinks that because I left the band in 1985, that he owns Pink Floyd, that he is Pink Floyd, that I’m irrelevant and I should just keep my mouth shut.”

He did offer one other solution, however: “Just change the name of the band to Spinal Tap, and then everything will be hunky dory.”

Waters might be British, but he has a lot of strong opinions about politics on the other side of the pond. Though he’s publicly decried former President Trump on multiple accounts, he also made it clear last year that Biden wasn’t exactly his first pick, either: “I’m so flabbergasted and gobsmacked by the way the Democratic National Committee has railroaded Bernie [Sanders] again,” he told Rolling Stone. He added that he couldn’t imagine Biden beating Trump in the 2020 election calling the former “a fucking slimeball” with “no appeal to anybody.”

Waters continued, “I obviously don’t know where I stand on that lesser of two evils question…I’m not sure the path to a new America that is not ruled by the current ruling class — by money, plutocracy, and a capitalist society — will be made any easier with Biden as president.”

07. When he called Donald Trump a “mass destroyer of everything that any of us might love”

Had 2020 gone according to plan, Waters would’ve spent the months leading up to the election on his “This Is Not a Drill Tour.” The US shows, which were postponed due to the pandemic, were intended to bring awareness to not only the election, but the political landscape of the US as a whole. The tour was preceded by a screening of his concert film, Us + Them, which was also emblazoned with anti-Trump imagery and messages.

“This is a man who has failed at fucking everything in his life except becoming the biggest…tyrant and mass murderer and mass destroyer of everything that any of us might love or cherish in the whole [world], only because he has the power,” Waters said, according to Rolling Stone. “Unfortunately, he has his finger on the button on it, and he’s right. In ‘Pigs,’ when we put up that he has a bigger button and it works, it does. And it’s working all over the world, murdering brown people for profit.”

08. When he changed the lyrics of a protest anthem to once again condemn Trump

Like most of us, Waters spent the majority of last year cooped up at home. Still, the world shutting down couldn’t stop him from combining the two things he does best: playing music and fervently hating Donald Trump. In April 2020, he recorded himself playing a cover of “The Right to Live in Peace,” though he gave the protest anthem — originally recorded in 1971 by the late Chilean folk artist Victor Jara — a 2020 twist.

“This is for the people of Santiago & Quito & Jaffa & Rio & La Paz & New York & Baghdad & Budapest and everywhere else the man means us harm,” Waters said before launching into the song: “From my cell in New York City/ I can hear the casarolazos/ I can smell you Pinero/ All fucking rats smell the same/…So beware Bolsonaro, Giuido and Modi and Trump.”