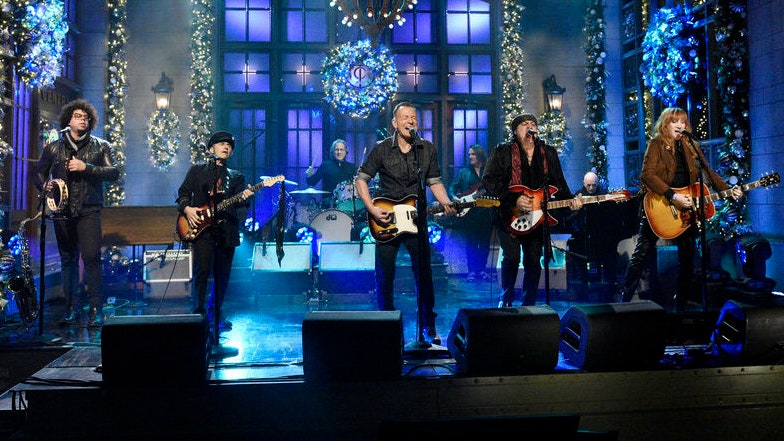 Bruce Springsteen was the musical guest on Saturday Night Live this weekend, returning to the program with the E Street Band for the first time since 2015. They played “Ghosts” and “I’ll See You in My Dreams” from Letter to You, watch both below along with host Timotheé Chalamet’s opening monologue.

Springsteen released Letter to You in October, his first record with the E Street Band since 2014’s High Hopes. Chalamet, meanwhile, is set to portray a young Bob Dylan in a forthcoming biopic directed by James Mangold. Dua Lipa takes the stage next week (December 19) with host Kristen Wiig.

In one sketch, The Dionne Warwick Talk Show, Chalamet appeared as Harry Styles, whom Warwick (Ego Nwodim) didn’t recognize, with Pete Davidson making a brief appearance as Machine Gun Kelly. In another sketch, Chalamet played a young man on a farm singing a song to a beloved tiny horse. Questlove made a guest appearance as himself in a sketch about an XXL Rap Roundtable, where Chalamet and Davidson played clueless face-tattooed rappers. 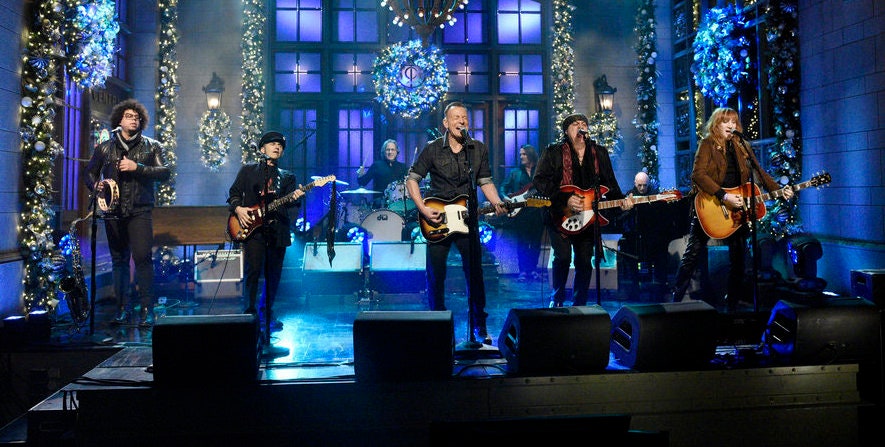