Bridgerton Tries to Add Some Substance to Its Decadent Style in Season 2: Review

Home MUSIC Bridgerton Tries to Add Some Substance to Its Decadent Style in Season 2: Review 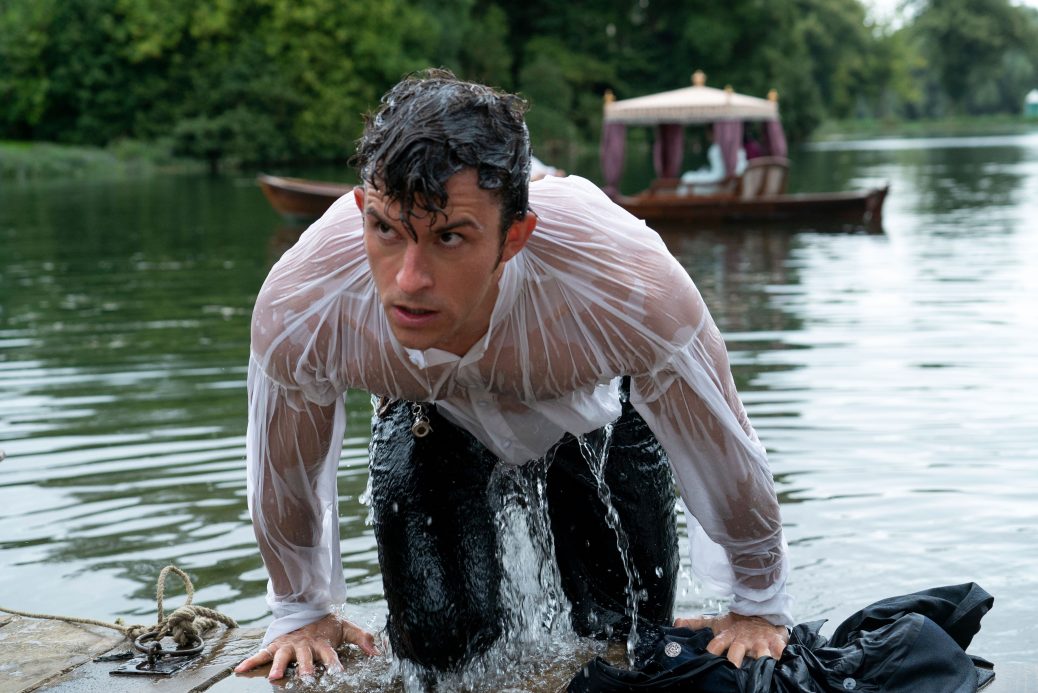 The Pitch: When it premiered in December 2020, Netflix’s Bridgerton provided plenty of steamy romance and escapism, both of which were in short supply as the world prepared to enter the second year of the COVID-19 pandemic.

Season 1 of the lush period drama, adapted from Julia Quinn’s Bridgerton book series, followed Daphne Bridgerton (Phoebe Dynevor) and Simon Basset (Regé-Jean Page), the reluctant Duke of Hastings, as they went from co-conspirators to marrieds, setting Regency-era London ablaze. Their exploits, and those of the rest of the ton, were chronicled by the acerbic (and anonymous) Lady Whistledown, whose influence at times rivaled that of the Queen (Golda Rosheuvel).

The second season follows the tradition of Quinn’s books and shifts the focus to a different Bridgerton: this time, Anthony (Jonathan Bailey), who’s also ambivalent about his role as Viscount. When we last saw Anthony, he seemed quite disillusioned by love, but the new arrival of Kate Sharma (Simone Ashley) and her sister Edwina (Charithra Chandran) is bound to change that.

There’s no doubt that Bridgerton will have many fans swooning again; the real question is, can some new faces and storylines bring greater thematic heft to the series, which has always prized style over substance?

Pride And Prejudice and Delayed Gratification: Bridgerton has never shied away from the Jane Austen comparisons, but the new episodes make much more pointed reference to the British author’s works — specifically, Pride And Prejudice. (The Season 2 trailer even prominently features a recreation of the famous “dripping Mr. Darcy” scene from the 1995 BBC One adaptation.)

Both Anthony and Kate are proud and driven by their preconceptions of each other, which leads to some spirited debate, followed by another round of spirited debate (sadly, that is not a euphemism for anything). The new season shows the same restraint that Austen did in writing a romance, which means there are plenty of jaws clenched with desire, heaving bosoms, sharp intakes of breath, and longing looks, but little, ah, consummation.

Production on Season 2 was shut down multiple times by COVID, which likely limited the physical intimacy on screen — that was certainly the responsible decision, though it does take a lot of the fun out of a show like Bridgerton, which has always offered more titillation than truly sweeping romance.