States, NYC move ahead with boosters for all as FDA deliberates

Home LIFESTYLE HEALTH & FITNESS States, NYC move ahead with boosters for all as FDA deliberates 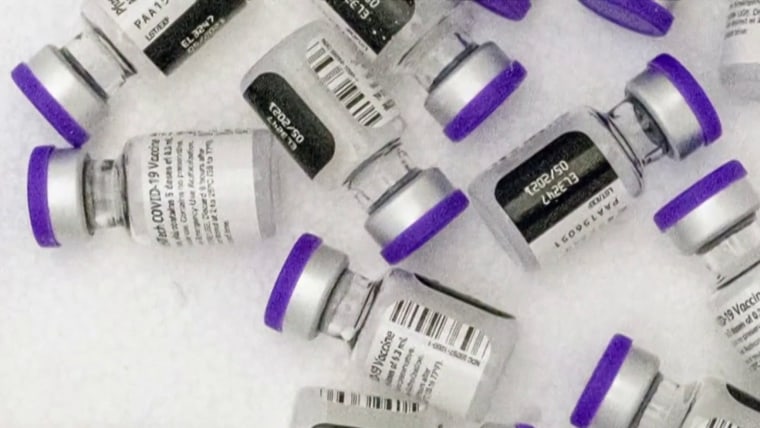 All adults in New York City joined a growing group of people in the United States on Monday who can get a Covid-19 booster shot, even though federal health agencies haven’t yet signed off on the move.

Mayor Bill de Blasio and Health Commissioner Dr. Dave Chokshi made the announcement, which skirts both authorization from the Food and Drug Administration and a recommendation from the Centers for Disease Control and Prevention.

New York City’s move to open up booster eligibility to all adults came just days after three states — California, Colorado and New Mexico — announced that they will administer  the booster to any fully vaccinated adult who wants one, as long as it’s been six months since their second dose of either the Pfizer-BioNTech or the Moderna vaccine or two months since their first Johnson & Johnson shot. New York City will follow the same criteria.

The Pfizer and the Moderna booster shots are currently authorized for people ages 65 and up, those living in long-term care facilities and people ages 18 to 64 who are at a higher risk due to their jobs or an underlying medical condition. The Johnson & Johnson  booster is  available to anyone initially vaccinated with that brand’s vaccine two months earlier.

Nearly 30 million boosters have been administered in the U.S. as of Monday, according to the CDC. The majority have gone to people over 50, with just under 6 million administered to people ages 18 to 50.

The states are taking matters into their own hands less than a week after Pfizer asked the FDA for emergency use authorization for their booster shot for all adults, a move that would essentially do away with the complicated criteria surrounding eligibility for the shot. The FDA has not yet made a decision on Pfizer’s request.

But those criteria haven’t meant the boosters are out of reach for the general public.

“They don’t need to provide any proof or documentation of a specific medical condition or employment. In practice, I think those individuals who want to get a booster dose regardless of their eligibility are doing so anyway and it’s nearly impossible to enforce that,” said Dr. Martin Backer, associate director of the Vaccine Center at NYU Langone Hospital-Long Island.

Dr. Jesse Goodman, an infectious disease specialist at Georgetown University Medical Center and a former chief scientist with the FDA, called the decisions to move forward without official signoff “unfortunate, ill-considered, and a dangerous precedent for state or local governments to unilaterally extend use of the booster dose of Covid vaccines beyond current recommendations.”

“Any such decisions should be made nationally and only after independent review by FDA and CDC, as is in process,” Goodman said. “Acting based on personal opinions or politics, and with incomplete data, is irresponsible and undermines protections in place to help ensure the best possible decisions.”

A push for boosters for all

The pivot toward boosters for all may appear jarring; in September, amid the Biden administration’s push for boosters for all adults, the FDA’s influential advisory committee denied Pfizer’s original request to recommend boosters for everyone 16 or older, citing myocarditis, a rare but serious inflammatory heart condition seen primarily in young men, among  its concerns.

Dr. William Moss, executive director of the International Vaccine Access Center at the Johns Hopkins Bloomberg School of Public Health, was not initially in favor of boosters for everyone.

“When this came up in September, I was definitely in the camp that said there was insufficient data to justify booster doses in young, healthy adults,” he said. “The data presented to the FDA at that time showed vaccine effectiveness for the mRNA vaccine remained high and that I see as our primary goal with these vaccines.”

But  since then, Moss said more information on waning immunity, as well as the safety of boosters, has come to light and will have to be considered.

Recent data has shown that the vaccines, especially the mRNA vaccines, remain effective against severe illness and hospitalization even now that nearly all cases are caused by the delta variant — even better than health officials expected during the vaccine development phase. A study on veterans published last month in Science found that for people 65 and younger, Pfizer’s vaccine remains more than 84 percent effective at preventing death due to Covid. Moderna’s effectiveness against death was more than 81 percent and Johnson & Johnson’s was 73 percent.

However, studies are also now showing that protection against infection, with or without symptoms, has weakened. A study published in early October in The Lancet found that for fully vaccinated people, Pfizer’s two-dose vaccine was 93 percent effective against infection with the delta variant one month after vaccination — but dropped to 53 percent after four months.

“The pandemic is in flux. We need to keep an open mind to new information,” said Dr. Ofer Levy, director of the Precision Vaccines Program at Boston Children’s Hospital and FDA advisory committee member, noting that additional safety data, that was not yet available during the September FDA meeting, is now available, and must be considered.

Both Levy and Moss recognize that the benefits of boosters must still be weighed against rare adverse events.

“An additional dose does raise a concern because there will be some risk associated with that,” Moss said. “The most serious one people are concerned about is myocarditis, especially in younger males, which is higher with Moderna,”

Although vaccine-induced myocarditis is rare, decisionmakers aren’t taking it lightly. Though there were no cases of myocarditis in Pfizer’s and Moderna’s booster clinical trials, those trials may not have been large enough to detect such a rare side effect.

Instead, U.S. officials have often had to look to Israeli data, where boosters have been given to all people 12 and up since late August. Data presented by Israeli scientists at an Oct. 14 FDA advisory committee meeting identified 17 cases of myocarditis or myopericarditis (another type of heart inflammation) in males ages 16 to 59 who received a booster shot. Those rates were lower than the number of cases seen after the second dose of the vaccine.

“No one wants to give a vaccine to someone who is healthy and have a new health problem develop as a consequence of that. We have to very carefully weigh those pros and cons when we recommend any vaccine,” Backer said.

Experts are also in disagreement about what the aim of boosters should be: to prevent serious illness and death, or both serious cases and transmission.

“It’s a very important question. I’m not sure what the uptake is going to be should Pfizer be granted an EUA for everyone older than 18,” Moss said.“Right now, about 15 percent of fully vaccinated people have got booster doses, and I think the coverage will be lower as you go into lower age groups. I don’t think this is going to be a game changer in terms of the pandemic control in the U.S.”

According to Backer, boosters can only offer so much protection if a portion of people are still unvaccinated.