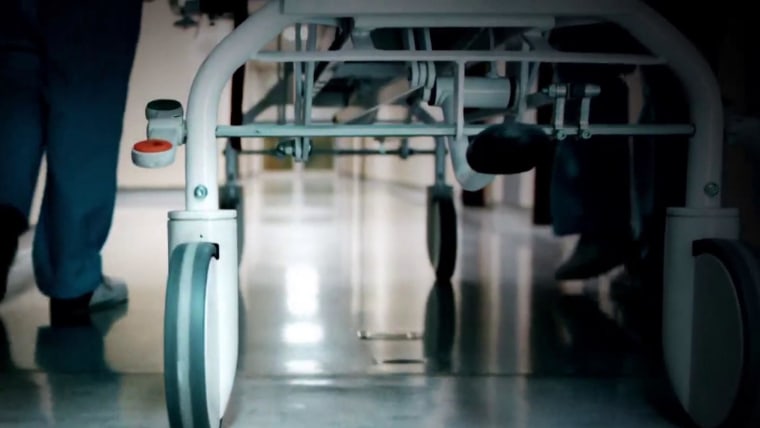 Just months into the pandemic, Kelly White, a 52-year-old mother of three, found herself extremely nauseous and unable to handle alcohol.

White, of Chicago, had been laid off when the country locked down, and she found herself at home with nothing to do. Having struggled with alcohol in the past, she found comfort in drinking, and began to increase her alcohol intake by threefold, often starting early in the morning and drinking throughout the day.

She said, however, that it all felt very normal to her.

“When I was drinking my vodka watching the news, they were drinking wine,” she said. “I felt like alcohol was very acceptable at all hours of the day. It didn’t matter.”

That changed one day last July when she felt so sick she had to go to the hospital. There, doctors discovered that she had inflammation of the liver from drinking, called alcoholic hepatitis, as well as cirrhosis, which is a permanent scarring of her liver.

White is not an outlier. The number of Americans being treated for severe liver disease from alcohol increased during the pandemic, experts told NBC News.

“What we’ve seen during Covid-19 is really a dramatic increase in hospital admissions for alcohol-associated liver disease,” said Dr. Brian Lee, an assistant professor of clinical medicine and a liver transplant specialist at the Keck School of Medicine at the University of Southern California.

I felt like alcohol was very acceptable at all hours of the day. It didn’t matter.

“Because of things like lockdowns or being stressed out at home, people started to drink more, didn’t realize that they were drinking harmful amounts,” he said. And then they come “into the hospital with life-threatening liver disease.”

Lee said that USC has seen a 30 percent increase in hospital admissions for alcohol-related liver disease since March 2020. That includes people who had a previously under-control alcohol problem as well as those who had no history of issues with alcohol, a trend Lee said is worrisome.

The typical patient, Lee said, is a young woman under the age of 35 with no prior history of alcohol problems. Women have been disproportionately affected by the pandemic, and that may cause them to drink more, especially those with the added burden of child care.

“They may have been drinking one or two glasses of wine a night before the pandemic,” he said. “Now they’re drinking maybe half bottles or a full bottle of wine and then come into the hospital with end stage liver disease and they didn’t even know.”

Experts say it will take about two years to collect nationwide data on the increase in hospitalizations for alcohol-related liver disease, but emerging data supports Lee’s observations at USC.

A recent study published in the journal Alcohol and Alcoholism found that hospital referrals to a liver care center at Johns Hopkins Hospital in Baltimore for alcohol-related liver damage were up nearly 50 percent during the final months of 2020 compared to the same period in the year prior.

Researchers from Johns Hopkins University looked at records of nearly 500 patients who were referred to a care center specializing in the treatment of liver disorders. They found that in 2020, 46 percent of patients referred to their liver care center were due to alcohol-related liver disease, compared to 31 percent the year prior.

Alcohol-related liver disease “carries with it such grave implications,” said study co-author Dr. Victor Chen, an assistant professor of Medicine at Johns Hopkins, including bleeding in the gut or liver cancer later in life.

Dr. Raymond Chung, director of the hepatology and liver center at Massachusetts General Hospital, said that he has seen a roughly 40 percent increase in patients admitted for alcoholic hepatitis during the pandemic compared to years prior.

Like Lee, Chung also noticed a striking increase in hospital admissions in those under the age of 40. The rate was twice as high as previous years at his institution, and the youngest patient was in their late 20s.

“It’s the collateral damage of Covid-19,” Chung said. “It’s the isolation, depression, loss of jobs, the despair and hopelessness that have been triggered by Covid-19.”

Chen, of Johns Hopkins, said he wasn’t surprised by the rising rates of alcohol-related liver problems, calling them a “natural progression” from past surveys that have shown not only were Americans buying more alcohol, they were also consuming it in greater amounts.

One survey from the American Psychological Association found that 1 in 4 Americans reported drinking more because of stress from the pandemic. Another study, also conducted during the pandemic, found a 41 percent increase in the number of days that women drank heavily, defined as four or more drinks within several hours.

The mortality rate for severe alcoholic hepatitis can be as high as 40 percent, Chen said, because there are few treatment options available. For those who fail initial therapy, the risk of death can rise to 70 percent.

Liver damage from alcohol can appear relatively quickly in people who are consuming high amounts.

If the consumption of alcohol is heavy enough, just a few months of heavy drinking may be enough to induce permanent damage to the liver, Chung said.

The warning signs of liver damage can include abdominal pain, yellowing of the skin and nausea or vomiting.

For many Americans, the pandemic is no longer top of mind: Lockdowns have long been lifted and life is returning to some semblance of normalcy. But for Lee, the number of patients with alcohol-related liver disease is still rising, a worrying new trend.

“We have seen a dramatic decline in Covid-19, but we’re still seeing the surge of alcohol-associated liver disease that has persisted,” he said. “What does that mean for the future?”

In White’s case, while she is left with permanent scarring of her liver, she has not had a sip of alcohol since her hospitalization last summer, and will be celebrating one year sober on July 20.