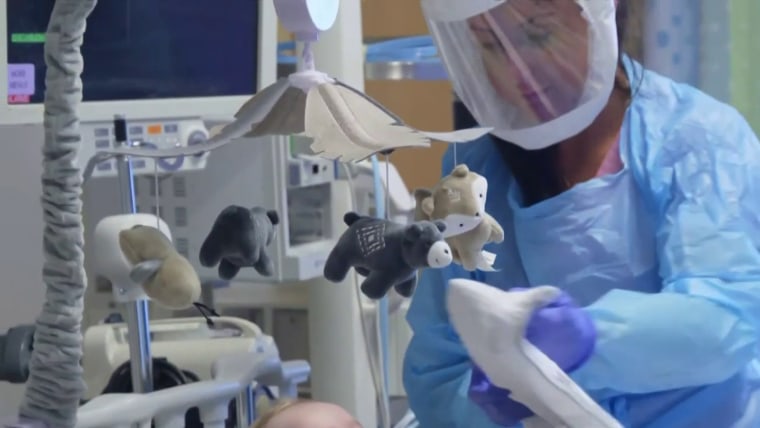 Nearly 1 million cases of Covid-19 were reported among children in the United States last week, the American Academy of Pediatrics said Tuesday.

The new case count is likely an underestimate of the true number of pediatric Covid cases, the AAP said, because many kids are either tested at home with rapid tests that are never reported to health officials, or not tested at all because of the shortage of tests.

Despite the dramatic spike, the rise is due to the increased overall spread of the omicron variant, and does not suggest that the virus has changed somehow to make kids more susceptible, said Dr. Mark Kline, the physician-in-chief at Children’s Hospital New Orleans.

Omicron is simply contagious in a way that earlier variants were not. As of Tuesday, the variant accounted for 99.5 percent of all Covid cases in the U.S., according the Centers for Disease Control and Prevention.

“That figure of a million is really eye-popping,” Kline said. “But I don’t think that omicron has a unique propensity for children. Kids are being affected like everybody else.”

Pediatric Covid cases have accounted for 20 to 25 percent of all U.S. cases since November. Last week, children represented 21.4 percent of weekly reported cases, according to the AAP.

Less than a third of kids ages 5 to 11 have received at least one dose of a Covid vaccine, and no vaccines are available to kids under age 5.

“They’re the only age group left that is 100 percent unvaccinated,” Kline said. “We know that a lot of these cases are occurring in very young children.”