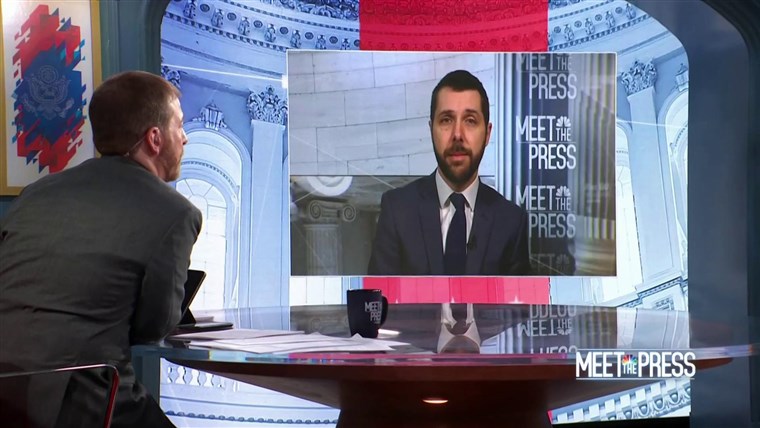 WASHINGTON — President Joe Biden has agreed to meet a group of 10 Republican senators who have proposed a slimmed-down coronavirus relief plan that they say can win bipartisan support.

The Republicans’ proposed package is much smaller than Biden’s $1.9 trillion proposal, and includes $160 billion for vaccines, $4 billion for health and substance abuse services, the continuation of current unemployment aid and unspecified “targeted” economic assistance and help for schools.

The invitation came late Sunday after the senators requested the meeting.

“We appreciate the president’s quick response to our letter, and we are pleased to accept his invitation to the White House tomorrow afternoon to discuss the path forward for the sixth bipartisan Covid-19 relief package,” read the letter, led by Sen. Susan Collins of Maine.

It is a Republican-only proposal at a time when Democrats control the White House and Congress. But it will test Biden’s calls for unity and bipartisanship while promising lofty policy goals.

Brian Deese, the director of the National Economic Council, said Sunday on NBC News’ “Meet The Press” that Biden “is open to ideas wherever they come.”

“What he’s uncompromising about is the need to move with speed on a comprehensive plan,” he said.

Speaking Sunday on CNN’s “State of the Union,” Portman said he hopes Biden will meet with the lawmakers and strike a deal rather than have Congress advance legislation through a special budget process known as reconciliation, which would allow Democrats to bypass the Senate’s 60-vote threshold and approve a larger relief bill without Republican support.

Portman, who recently spoke with Biden after he announced that he will not seek re-election in 2022, said the amount Republicans would agree to in such a negotiation would be far less than the $1.9 trillion the administration seeks.

“Let’s focus on those who are struggling,” he said, adding: “We really want to help those who need it the most. And at a time of unprecedented deficits and debts — and a debt, as the percentage of the economy, is as high as it’s been in our nation’s history since World War II — we need to be sure this is targeted.”

Republican lawmakers have largely rejected Biden’s $1.9 trillion plan, balking at the price tag. But the new Republican offer is likely to face progressive pushback, as Democrats like Rep. Pramila Jayapal, D-Wash., have described Biden’s offer as only a “promising start.”

It will be a slog for Biden to secure 10 Republican votes on a major Covid-19 bill. The senators have not yet made public a fully fleshed-out proposal. And just three of the signatories — Collins, Murkowski and Romney — have track records of breaking with their party on politically salient votes.

“It’s a pandemic and the largest economic contraction in 90 years,” he added. “We must ignore those who call anything a Republican proposes a compromise, and anything a Democrat proposes partisan. We have to deliver.”

In an interview on ABC News’ “This Week,” Sen. Bernie Sanders, I-Vt., said Democrats are more likely to work with Republicans in a bipartisan manner on other legislative ventures rather than dramatically alter course on the Covid-19 relief proposal.

“We all want bipartisanship. And I think you’re going to see more of it as we move down the pipe,” he said, pointing to infrastructure and lowering the cost of prescription drugs. “We are going to look forward to working with Republicans. But right now, this country faces an unprecedented set of crises.

“We have families who are watching this program right now who cannot feed their kids,” he said. “We have millions of people who face eviction. We are in the midst of the worst pandemic in 100 years. We have got to act, and we have got to act now.”

Sahil Kapur is a national political reporter for NBC News.

Allan Smith is a political reporter for NBC News.