How ‘vaccine nationalism’ could prolong the Covid-19 pandemic 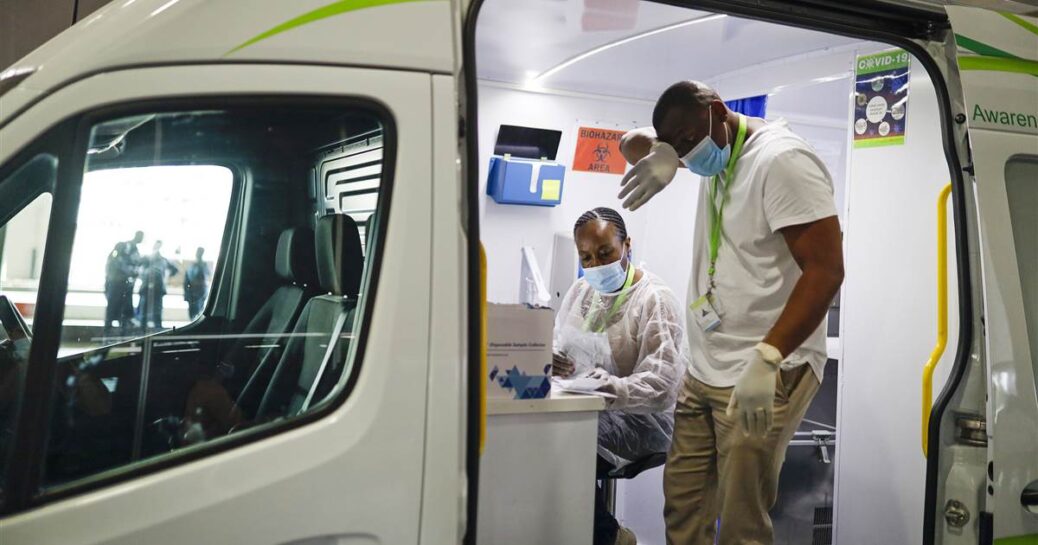 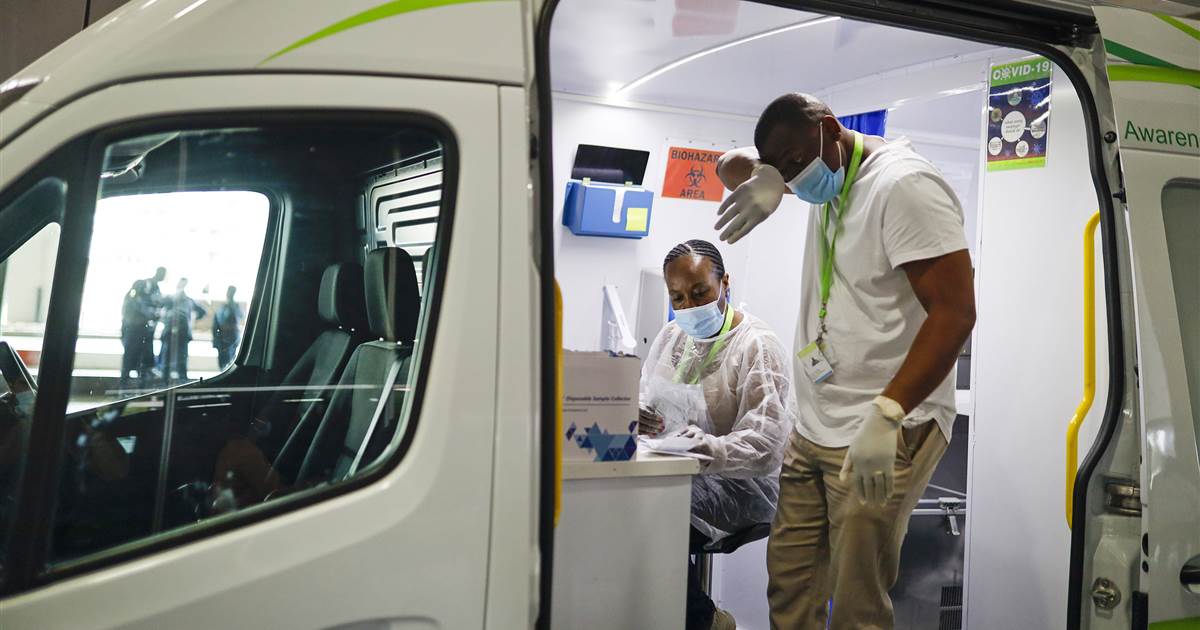 In late December, the West African nation of Guinea injected 25 of its senior officials with doses of the Russian Sputnik V Covid-19 vaccine. Unshaken by safety concerns, national leaders took to state TV to celebrate.

“We are the guinea pigs,” one said.

Nearly a month later, there has still not been a single dose of a licensed Western vaccine administered on the continent of Africa — even as roughly 60 million doses have been given worldwide.

This drastic disparity represents an outcome long feared by public health experts. It also underscores the colossal challenge ahead for the global coalition, known as COVAX, scrambling to secure vaccine doses for the world’s poorest nations.

“The price of not solving the vaccine distribution problem internationally will be measured in lives,” said Thomas Bollyky, director of the global health program at the Council on Foreign Relations.

Even before the arrival of vaccines, the spread of the coronavirus laid bare the advantages wealthy nations enjoy in securing such critical resources as hospital ventilators and personal protective equipment for medical workers.

The same dynamic has played out in the global race to amass vaccine doses.

A small group of rich countries — comprising just 16 percent of the world’s population — have locked up 60 percent of the global vaccine supply, according to Duke University’s Global Health Institute.

Canada has already preordered enough potential doses to vaccinate its entire population nearly six times, and the U.S. has enough purchase options to vaccinate every American nearly five times, according to the institute.

The hoarding of vaccine doses has left the rest of the world scrambling.

Australia, Canada and Japan account for 1 percent of the world’s coronavirus cases, Bollyky said, but they have amassed more doses than all of Latin America and the Caribbean, which have close to 20 percent of cases. The coronavirus mortality rate in Africa rose to 2.5 percent this week, officials said, dwarfing the U.S. rate of 1.7 percent.

“What has happened here is nations have decided to worry more about the reactions of their populations at home rather than what is needed to be done to bring this pandemic under control,” said Bollyky, author of the book “Plagues and the Paradox of Progress.”

This “vaccine nationalism” has severe consequences, according to public health experts like Dr. Larry Brilliant.

Brilliant, a leading epidemiologist who helped eradicate smallpox, said the hoarding of vaccines by rich nations could trigger a tragic boomerang effect.

“Being at the front of the line doesn’t help you as much as making sure that everybody gets across the line,” said Brilliant, the founder and CEO of Pandefense Advisory, a group of experts working to combat the Covid-19 pandemic.

“Until everybody in the world is safe, no one is safe,” Brilliant added. “This is a pandemic. If one country is left unvaccinated, this disease will bounce back and forth. And all of us will be constantly besieged by it.”

COVAX was formed precisely for that reason.

The initial goal of the coalition, which includes global health groups like the World Health Organization and over 190 nations, is to buy 2 billion doses by the end of 2021 in order to inoculate 20% of the population in the 100 or so poorest countries.

“It’s the greatest logistical challenge on a scale we’ve not seen before in global public health,” said Gian Gandhi, COVAX coordinator for UNICEF, which is leading the group’s efforts to buy and deliver vaccines.

The total cost is expected to reach up to $17 billion, Gandhi said, but the coalition has only $2 billion on hand and has yet to receive even a single dose of coronavirus vaccine despite having agreements in place to secure 1.97 million doses.

COVAX did, however, make additional strides this week.

The coalition on Friday announced the signing of an advance purchase agreement with Pfizer for up to 40 million doses of its vaccine. COVAX also said it will exercise an option to receive its first 100 million doses of the AstraZeneca vaccine.

And earlier in the week, newly elected President Joe Biden announced that the U.S. would reinstate ties with the WHO and join the COVAX coalition, in a reversal of Trump administration policy.

But the coalition is still several billions short of the money it needs to pull off its ambitious goal.

“It doesn’t have the funding and the resources that it needs,” Brilliant said.

The COVAX initiative was born in part from a history lesson: an attempt by the global community to prevent rich countries from monopolizing vaccines in bilateral deals, like they did with swine flu vaccines in 2009.

The concept resembles a funding pool, where members pay into a central fund in return for enough vaccines to immunize 20 percent of their population.

For rich countries that can afford to negotiate their own supplies, it’s insurance in the event that a vaccine candidate they have preordered does not get approved by regulators. But for the world’s poorest countries, COVAX is a lifeline — the only viable path to receiving vaccine doses.

COVAX’s distribution will run out of the largest humanitarian warehouse in the world, a donation to UNICEF from the Danish government. The space spans three football fields, stacked higher than a mid-rise building with commodities from syringes to therapeutic food, soccer balls to water drilling rigs.

A box of supplies can travel from the Copenhagen hub to anywhere in the world within 72 hours. The vaccines — once secured — will be shipped directly by the manufacturers.

“If there are vaccines that are going unused and being saved for a rainy day, those should be donated, because more can be produced,” said Gandhi, UNICEF’s chief of market shaping and supplier financing.

Both Canada and the European Union have said they are willing to donate surplus vaccines, but nothing has been cemented. According to UNICEF, COVAX has not received any donated vaccines.

Meanwhile, some nations that are struggling to get access to vaccines are doing what Guinea did, turning to less regulated vaccines out of China and Russia.

The state-backed doses already have takers in over a dozen different middle-income countries, including Argentina, Mexico, Turkey, Brazil and Egypt.

“The challenge that we have with COVAX is that currently, it’s a charitable enterprise,” Bollyky said. “At the end of the day, charity is going to seem to a lot of politicians and national leaders as a second-order issue.”

“Until we recognize that having this initiative succeed is in our self-interest … we’re not going to see the kinds of investment and the kinds of behaviors from national leaders that we need to see to make progress,” Bollyky added.

One such argument is purely economic. According tothe RAND Corp., global GDP would drop nearly $300 billion each year if only high-income countries can get vaccinated, with $30 billion in losses specifically for the U.S. But if high-income countries paid for the supply of vaccines, they would get back $4.80 for every $1 spent, the policy research nonprofit estimated.

There are also many secondary consequences if developing nations are left unprotected. If COVAX can’t vaccinate front-line health care workers in developing nations, it could disrupt long-standing vaccination programs, Gandhi said, leading to a resurgence of diseases like measles and polio, which the world is close to eradicating.

But the biggest consequence of unequal global vaccination is a prolonged pandemic. A failure to vaccinate in Mali or Mozambique could mean a resurgence of the virus in America, endangering large numbers of people who won’t or can’t get the vaccine, such as children and people who are immunocompromised.

“No child and no individual is safe,” Gandhi said, “until everyone is safe.”