Countries emphasize importance of AstraZeneca shot as they look to alternatives 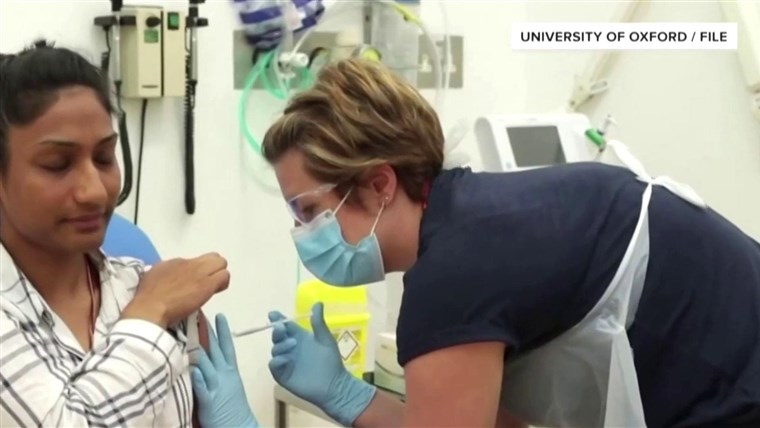 Australia said on Friday it had ordered more alternatives for the AstraZeneca vaccine, setting back its vaccination rollout, and Hong Kong delayed deliveries of the shot amid concern about a possible very small risk of rare blood clots.

The Australian decision effectively puts paid to plans to have its entire population vaccinated by the end of October, highlighting the delicate public health balancing act the issue has created.

Millions of doses of the AstraZeneca shot have been safely administered around the world and millions more have been ordered but some countries have limited its use to older age groups as a precaution while cases of clotting are investigated.

Australia said it had doubled its order of the Pfizer shot after health authorities recommended that those under 50 take it instead of AstraZeneca, which had been the mainstay of its vaccination program.

The Anglo-Swedish company said it respected the Australian recommendation and was working with regulators around the world “to understand the individual cases, epidemiology and possible mechanisms that could explain these extremely rare events.”

European and British medicine regulators said this week they had found possible links with extremely rare cases of brain blood clots, while emphatically reaffirming the vaccine’s importance in mass vaccination against Covid-19.

The European Medicines Agency received reports of 169 cases of the rare brain blood clot by early April, after 34 million doses had been administered, Sabine Straus, chair of the EMA’s safety committee, said this week.

Most of the cases reported had occurred in women under 60.

On Friday, the EMA said that if a causal relationship is confirmed or considered likely, regulatory action will be needed to minimize risk. It also said it was looking into Johnson & Johnson’s shot over reports of blood clots.

The AstraZeneca shot is by far the cheapest and most high-volume vaccine launched so far, making it likely to be central to many of the worldwide inoculation programs that are vital to curbing the global pandemic and averting damaging lockdowns.

Germany, one of several European countries which have recommended alternatives to AstraZeneca for people under 60, said on Friday a surge in infections meant a new lockdown was needed.

“Every day in which we don’t act, we lose lives,” Lothar Wieler, president of the Robert Koch Institute, said.

Hong Kong Health Secretary Sophia Chan said the city would delay shipments of the AstraZeneca vaccine it had ordered this year to avoid other countries going short.

“We believe that AstraZeneca vaccines will not need to be supplied to Hong Kong this year, so as not to cause a waste when the vaccine is still in short supply globally,” she said.

The government was considering buying a new type of vaccine that may offer better protection, she added.

The Chinese-ruled city had ordered 7.5 million AstraZeneca doses, which were scheduled to arrive in the second half of 2021. But Chan said the global financial center had sufficient alternatives.

Costa Rica said on Thursday it would use the AstraZeneca shot after assessing the EMA’s guidance.

More than 40,000 doses of the vaccine arrived in the country on Wednesday, the first delivery under an agreement for a million vaccines with the COVAX mechanism of the World Health Organization and GAVI alliance to ensure vaccines reach poorer states.

All the countries recommending age limits have emphasized that the vaccine is effective and its benefits far outweigh the risks of catching Covid-19 for older people.

The top health body in France, where vaccine hesitancy is high, recommended on Friday that those over 55 who had received a first dose of the AstraZeneca shot be given an alternative for the second one.

The Haute Autorite de la Sante suggested they get a new-style messenger-RNA vaccine, confirming an earlier Reuters exclusive. Two such vaccines, one from Pfizer and BioNTech and another from Moderna, have been approved for use in France.

The French health body also said there should be an interval of 12 weeks between the two shots in such cases and recommended a study to assess the immune responses given by these mixed vaccine prescriptions.