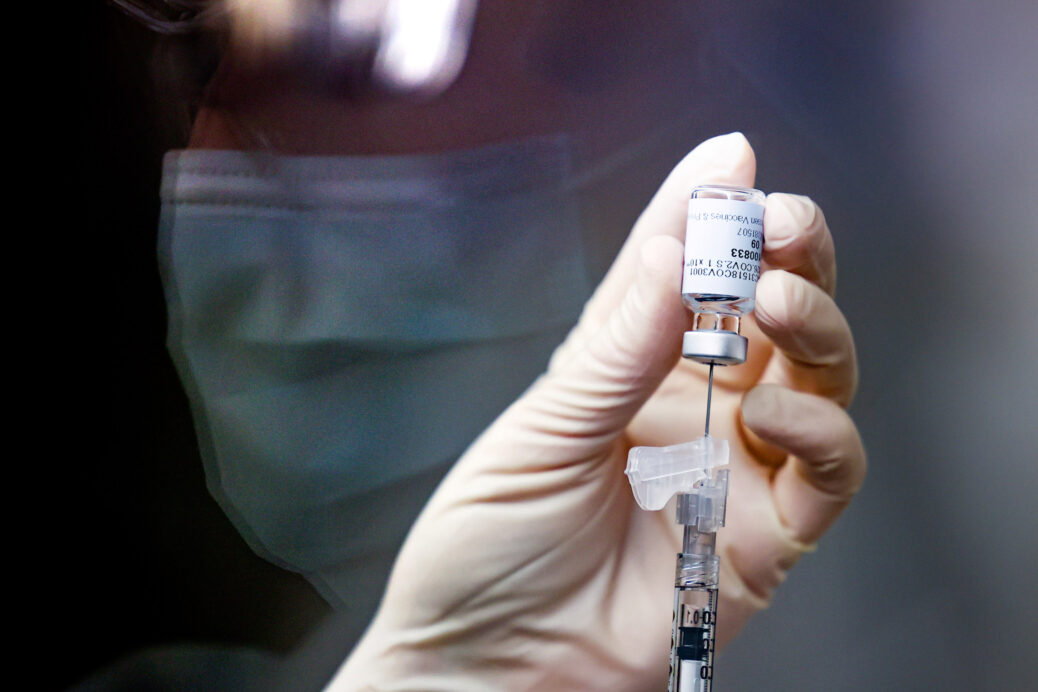 When it was first detected, the South African variant looked worrisome because of the large number of mutations it had gained, 23 in all, and how many of these were in the critical spike protein, which the virus uses to attach to human cells. That strongly suggested the virus was evolving to avoid antibodies.

Since then, researchers have gathered more alarming clues about 501Y.V2, including from a study that showed that antibodies in blood serum from around 50 people previously infected were frequently unable to block the new variant.

“When you test the blood from people in the first wave [we find] in nearly half the cases there is no recognition of the new variant,” Penny Moore, a researcher at the University of the Witwatersrand in Johannesburg, said during the same broadcast.

That’s concerning, but vaccinations may elicit a broader, more powerful immunity than a passing infection, so it’s impossible to say they won’t still work. And Moore said that blood from some patients, especially those who’d become very sick, were still able to neutralize the variant, at least in lab tests. “That is important when we think of vaccine, some vaccines elicit very high level of antibodies and others do not,” she said.

Another signal in favor of vaccines is that, so far, there is no clear evidence that the new strain is more likely to re-infect people who’ve had covid-19 before. If natural immunity does in fact hold up, then immunity gained from a vaccine likely would as well. “Are we seeing a systematic increase in reinfection? The data don’t allow us to say,” Karim says. Reinfection could still be prevented, he says, because the body “has two immune mechanisms, B cells that make antibodies, and T cells that go around gobbling things up and killing them.”

Researchers say that laboratory tests alone can’t prove whether vaccines will work against the new variants, and why they hope results from actual ongoing trials of vaccines in South Africa, the UK, and elsewhere may soon give better answers. “We are expecting an answer pretty soon,” Karim says. “But we want to see the actual data, and it is not yet available.”

Scientists are looking at two major possibilities where these variants are coming from. One hypothesis is the virus is evolving inside immune-compromised people, where it can persist for months while learning to dodge the immune system. Another idea is that variations are arising in cities like London, which suffered big infection waves early in 2020. Millions were infected, but if their antibodies waned over the year, then their bodies could be selecting for virus variants able to resist what remains of their immune response.

Some scientists now think that evolved variants are probably cropping up everywhere, not just in Britain and South Africa, but just haven’t been detected yet. “We expect as people increase genomic surveillance, multiple variants will be discovered, especially in places that have had a lot of cases for a long time,” says Tulio de Oliveira, who studies viral genomes at the University of Washington. “Unless we can suppress transmission to almost zero, the virus will keep outsmarting us.”

Scientists say they are fairly sure the variants in South Africa and the UK spread faster, causing about 50% more follow-on infections than the original strain from China. Part of the evidence is how fast the UK variant, called B.1.1.7, has taken hold elsewhere, outcompeting older versions. It already accounts for nearly half of cases in Israel, which is facing a peak in infections despite a big vaccination campaign. The 501Y.V2 variant, meanwhile, has already been seen in at least 10 countries.