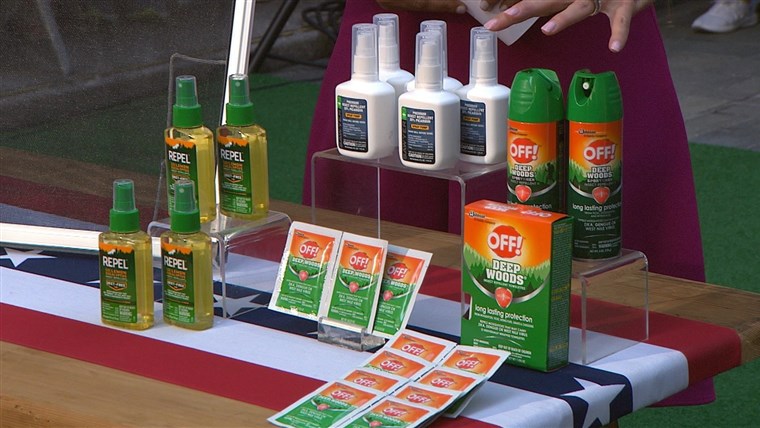 A new type of insect repellent will be making its way to drugstore shelves — and it smells like grapefruit.

Monday, the Environmental Protection Agency announced that it had approved a new ingredient, called nootkatone, that repels and kills mosquitoes and ticks. The naturally occurring ingredient — which is responsible for the characteristic scent of grapefruit — was discovered by the Centers for Disease Control and Prevention and developed into an insecticide. It’s also found in Alaska yellow cedar trees and is widely used in the cosmetic industry to make perfumes and colognes.

In registering the new ingredient, the EPA is acknowledging that it is safe and effective, and formally giving the greenlight for companies to use nootkatone to develop new products for people and pets.

“Studies show that when products are formulated from the new ingredient, nootkatone, they may repel and kill ticks, mosquitoes, and a wide variety of other biting pests,” the EPA said in a statement. Diseases transmitted by these insects include Lyme disease, malaria and the Zika virus.

The CDC worked with Evolva, a biotech company, to develop and research the ingredient.

Studies have shown that nootkatone may work as well as other insect repellents, such as DEET. Protection from insect bites is expected to last several hours with nootkatone, the EPA noted.

The introduction of a new chemical — the first since 2009 — can also help fight resistance to many common insect repellents seen by insects today. (When insects develop resistance to an ingredient, the product is less effective.)

“I think it’s a major contribution to our arsenal of repellents,” Dr. Brian Fallon, director of the Lyme and Tick-Borne Diseases Research Center at Columbia University in New York City, said of nootkatone.

Companies interested in developing products with nootkatone will be able to submit them for review by the EPA, and products could be available to consumers starting in 2022.