CDC has not seen emergence of a highly contagious U.S. variant of coronavirus 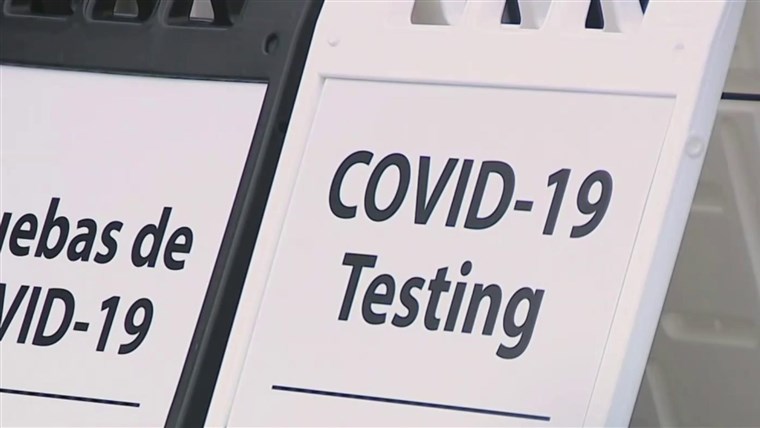 EDITOR’S NOTE: (Jan. 8, 2021, 8 p.m. ET): After an earlier version of this article was published, the Centers for Disease Control and Prevention issued a statement saying it had not seen the emergence of a new U.S. variant of the coronavirus, though it noted there may be many variants emerging across the globe. The New York Times reported that the suggestion of a highly contagious new U.S. variant was based on speculation by Dr. Deborah Birx and was opposed by the CDC. NBC News has not confirmed that report and Dr. Birx declined to comment when reached by NBC News. The article has been updated to reflect these developments.

A White House coronavirus task force report said the explosive surge of coronavirus cases in the United States in recent months might be caused by a more contagious U.S. variant of the virus. But a separate statement by the Centers for Disease Control and Prevention said its researchers had not seen the emergence of a U.S. variant.

“This fall/winter surge has been at nearly twice the rate of rise of cases as the spring and summer surges,” according to the White House task force document, which was sent to the states. “This acceleration suggests there may be a USA variant that has evolved here, in addition to the U.K. variant that is already spreading in our communities and may be 50 percent more transmissible.”

The CDC statement, however, was far more skeptical about that possibility. It is likely that there are many variants of the coronavirus across the globe, the statement said, but “to date, neither researchers nor analysts at CDC have seen the emergence of a particular variant in the United States as has been seen with the emergence” of variants in the United Kingdom or South Africa.

The New York Times reported that the task force hypothesis was the result of speculation by Dr. Deborah Birx, the White House coronavirus coordinator, and said that the CDC had urged her not to include the speculation in the document. Contacted by NBC News, Dr. Birx declined to comment.

The task force document, which was also posted online by the state of Kentucky, does not identify a specific new strain nor confirm that one has been detected in the U.S. Rather, the document suggests that the possibility of a new strain could potentially explain the rapid acceleration in cases in recent months.

The document, dated Sunday, Jan. 3, comes as states across the country are detecting cases of the more contagious U.K. variant. In the U.K., rapid spread of that variant, known as B.1.1.7, sent the country into strict lockdown this week as cases surged.

In the U.S., cases started to surge in the fall. Daily case counts first topped 200,000 on Dec. 6, and the daily average has topped that number since then, according to NBC News data.

“I would be surprised if there weren’t new variants that show up in the United States,” said Dr. Richard Besser, former acting director of the Centers for Disease Control and Prevention and current president of the Robert Wood Johnson Foundation. Besser is not a member of the White House coronavirus task force.

If any of those variants somehow caused the virus to spread more easily or silently, Besser said it would be “even more of a reason why we need to follow the advice of public health: social distance, wash your hands, wear masks and avoid those situations where we know that viruses spread more easily, such as enclosed indoor spaces.”

Indeed, the document re-emphasizes the need for preventative efforts to slow the spread.

“Aggressive mitigation must be used to match a more aggressive virus; without uniform implementation of effective face masking (two or three ply and well-fitting) and strict social distancing, epidemics could quickly worsen as these variants spread and become predominant,” it reads, referring to both the U.K. variant and the potential U.S. variant.

A member of the task force confirmed the document’s authenticity to NBC News.

Mutations in the coronavirus are common, and a new mutation is introduced about every two weeks, according to the CDC.

The more widespread a virus is, the more opportunities it has to mutate, scientists say.

“The more we’re not curtailing the spread, the more opportunities the virus has to evolve,” Gigi Kwik Gronvall, a senior scholar at the Johns Hopkins Center for Health Security, said in an earlier interview with NBC News.

The coronavirus has probably mutated thousands of times since the original strain appeared in Wuhan, China, in late 2019, said Brian O’Roak, a human geneticist at Oregon Health & Science University. Samples of the virus in O’Roak’s own lab mutated 15 to 20 times compared to the original strain, he said.

Even for variants that become more common, most of the time the changes are silent, meaning they’re tiny shifts in the virus’s genetic code and don’t affect its behavior. But other mutations, like those in the U.K. variant, can be significant and affect how the virus behaves.