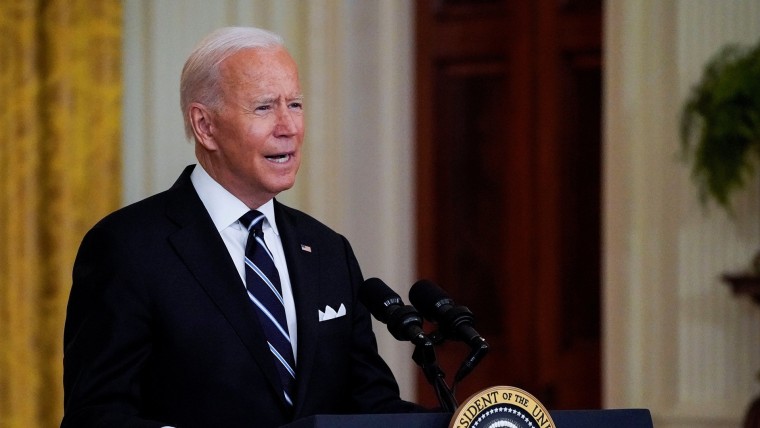 The announcement Wednesday by top U.S. health officials that booster shots against Covid-19 will be offered to all Americans beginning next month has spurred renewed criticism about existing vaccine inequities and fears that the world’s poorer nations will remain unprepared for new and potentially deadlier variants of the coronavirus.

As the Biden administration formally released its plan, officials and scientists with the World Health Organization and other international public health experts forcefully pushed back at it as “immoral” and “unconscionable.”

“We’re planning to hand out extra life jackets to people who already have life jackets, while we’re leaving other people to drown without a single life jacket,” Dr. Michael Ryan, the emergencies chief at WHO, told reporters.

Me too. There’s no reasonable defence for a boosters for all policy currently. The reality seems to be that lives in rich countries are believed to be worth more than the lives of fellow humans in poorer countries. Even considering obligations of states to their own, it’s immoral

If none of us are safe until all of us are safe, why are we talking about booster shots while less than 2% of Africa’s population is fully vaccinated?

Dr. Tedros Adhanom Ghebreyesus, the director-general of WHO, wrote in Time magazine last week that the public health agency supported a global moratorium on Covid-19 booster shots through at least the end of September so that vaccine supplies could be redirected toward immunizing at least 10 percent of the population of every country.

While federal health data shows that about half of the U.S. population is fully vaccinated against Covid-19, global health trackers estimate only 24 percent of the world’s population is also fully inoculated, with just 1.3 percent of people in low-income countries having received at least one dose.

“It’s unconscionable that some #COVID19 vaccine-producing companies are reporting record profits, and some countries are offering boosters, while so many people remain unprotected,” Adhanom Ghebreyesus tweeted Tuesday. “No one is safe until everyone is safe.”

Dr. Matshidiso Moeti, the regional director of Africa for WHO, expressed her concern Thursday that the vaccination disparities between richer and poorer countries will only worsen, telling reporters, “as some richer countries hoard vaccines, they make a mockery of vaccine equity.”

Israel said in July that it would begin offering a third shot of the Pfizer-BioNTech vaccine to people over 60.

U.S. health officials, however, believe action is needed now no matter the age group. With the highly transmissible delta variant raging across the country and leading to hospital bed shortages in several states amid evidence that vaccine protection appears to be waning over time, booster doses “will be needed to maximize vaccine-induced protection and prolong its durability,” the officials said.

They added that the U.S. still has the capacity to help other nations by increasing efforts to supply vaccines and by “building further on the more than 600 million doses we have already committed to donate globally.”

Rochelle Walensky, the director of the Centers for Disease Control and Prevention, addressed the criticism during an interview Thursday on the “TODAY” show that the U.S. appears to be prioritizing already-vaccinated Americans over shipping additional vaccines to other nations.

“I don’t think this is a choice in terms of if we have to choose one or the other. We’re going to do both and we have been doing both,” Walensky said, adding that the U.S. anticipates giving 100 million booster shots by the end of the year, while distributing 200 million vaccines worldwide.

While some public health experts say a booster shot against Covid-19 will probably be warranted at some point, it may be too early to start promoting them for all people without fully understanding how effective they have been.

“Certainly, for individuals who are immunocompromised, it makes sense to get them boosters because they’re not necessarily able to respond to the adequate dosing structure,” Eleanor Murray, an epidemiologist and assistant professor at Boston University’s School of Public Health, said. “But the data is not quite there in terms of how much waning immunity we might be expecting in people, and it’s possible the changes in vaccine efficacy may have to do with the changes in behaviors of people.”

She has argued that while boosters would “only slightly reduce” how many new people a single person infects with the delta variant, the better strategy would be to expend resources to increase the number of people who are fully vaccinated.

In addition, the virus that causes Covid-19 has already shown that it has been mutating, and epidemiologists worry that with cases of the virus moving and shifting through unvaccinated populations, potentially deadlier and more contagious strains will arise.

“When Covid-19 is uncontrolled and allowed to rip through populations, it has devastating consequences, as we saw in India,” Dr. Madhukar Pai, the Canada research chair in epidemiology and global health at McGill University in Montreal, said in an email. “So, when vaccines are not widely available, we will see more and more countries with uncontrolled outbreaks and new variants emerging. This will keep the Covid-19 pandemic going for years.”

Pai said he can see a rationale for booster shots in immune-suppressed people, but does not believe they are necessary yet for wealthier nations like the United States because it “further skews Covid vaccine supply” away from deprived, low-income countries.

“In an ideal world, if vaccine supply were unlimited, this will not be a big issue. But right now, vaccine supply is limited,” Pai said. “It is a zero-sum game, and rich nations (mostly G7) have procured a giant share of vaccines and pre-ordered booster doses. Pharma companies will always give preference to orders from rich nations. So, where does that leave low- and middle-income countries?”

That’s the challenge involving questions of “moral responsibility” that countries like the U.S. need to further examine if the pandemic is going to end sooner than later, Murray said.

The issue is particularly urgent, she added, when the U.S., despite all of its resources, has failed to fully vaccinate as large a share of its population compared with other economically advantaged nations.

Meanwhile, other countries such as Vietnam and Australia illustrated largely effective and responsive efforts to combat the spread of Covid-19 over the past year. Murray said those governments that stepped up should be “rewarded” through ensuring they have adequate vaccine stock.

But the longer all nations don’t get enough vaccines against Covid-19, the more devastating effect there will be globally, Pai added, especially in lower-and middle-income countries that will also face a disruption to routine health services and more people being pushed into extreme poverty.

“Without vaccine protection, no country can handle the delta variant,” he said. “We will see massive surges and the risk of even worse variants.”