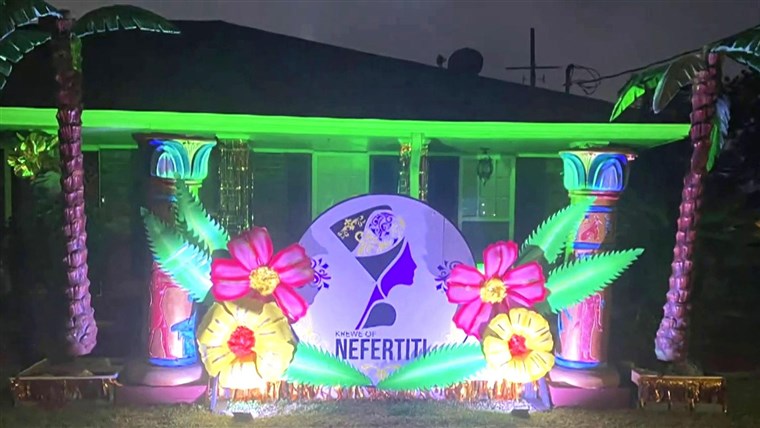 Some bars in New Orleans have replaced the festive Mardi Gras flags that hang from their businesses at this time of year with white ones.

Beaux Church, director of Café Lafitte in Exile, Good Friends Bar and Rawhide 2010, said the white flags indicate the businesses have surrendered to the citywide crackdown during New Orleans’ most famous celebration.

“We had already purchased all of our food and drink supplies … and we had the rug pulled out from under us at the last minute,” Church said. “All of the bar owners would have been much better off with at least two weeks’ notice.”

Citing coronavirus-related concerns,Mayor LaToya Cantrell said on Feb. 5 that all bars in the city would be closed for five days — from the Friday before Mardi Gras through Fat Tuesday itself, which falls on Feb. 16 this year. Liquor sales are not allowed in the French Quarter, even from liquor stores, and to-go beverages are banned during the five days. Already, parades and large gatherings are prohibited, and masks and social distancing are required.

Officials are hoping to avoid a repeat of Mardi Gras 2020, which attracted over a million people to New Orleans to celebrate Carnival and unknowingly contributed to the outbreak and caused the city’s hospitals to reach capacity.

That means the city’s tourism-dependent economy — made up of restaurants, bars, small shops and hotels already hit hard by the pandemic — will have little to look forward to this Carnival season.

Cantrell said the restrictions are “necessary” and would prevent the deadly virus from spreading.

“This year, knowing what we know now, I’m doing everything I can to keep our people safe and save lives,” she said. “I’d rather be accused of doing too much than doing too little.”

New Orleans is currently losing up to $130 million in visitor spending per week because of Covid-19, according to New Orleans & Company, which promotes tourism in the city.

“New Orleans has a reputation and brand that far outweighs its actual size … and what we are seeing is the devastation of the largest part of our economy,” said Stephen Perry, the agency’s CEO and president.

Before the coronavirus crisis, tourism and hospitality were among the top industries in the city and state. In 2019, Louisiana attracted nearly 53 million domestic visitors, who spent about $18 billion, according to a report by D.K. Shifflet, a consumer travel research firm.

Cantrell’s decision to expand restrictions during such a busy and lucrative time followed large gatherings on Bourbon Street and in other parts of the city in the days leading up to the holiday weekend, which Cantrell called “unacceptable.”

Church said safety measures are essential but added that businesses and staff depended on the festivities for an uptick in sales in what has been a troubling time for many people in the city.

“We were bringing back a lot of our employees for the holiday in hopes of making enough revenue to keep some of them for a while,” Church said. “We are a tight group, and it’s sad whenever you have to let that many people go.”

Like Church, business owners and operators in the city have struggled for nearly a year, facing reduced hours and varying regulations, which has led many to question if their businesses can survive the pandemic. The latest restrictions are another blow to a tourism and hospitality industry fighting to get by.

Without the usual Mardi Gras festivities, many businesses will miss out on an anticipated bump in profits, said Markus Schuckert, professor and director of the Hospitality Research Center at the University of New Orleans.

Usually, during the Mardi Gras season, hotel occupancy is at a minimum of 90 percent. However, the average occupancy for 2021 is around 20 percent, according to the Greater New Orleans Hotel & Lodging Association.

“Mardi Gras is a mega event that is by locals for locals and tourists,” Schuckert said. “It involves the whole city and creates a huge impact in terms of revenue because you have so many people coming here to spend money.”

New Orleans council member Kristin Gisleson Palmer, whose zone includes the French Quarter, said her district is the biggest driver of the city’s earnings and the area hardest hit since the pandemic.

“It’s very concerning. … I am fearful that neighborhood bars and restaurants will close, and I am hearing from owners that every little bit of income helps, and they were relying on [Mardi Gras],” Palmer said.

Shelly Oechsner Waguespack, president of Pat O’Brien’s, a French Quarter bar, said she was disappointed by the city’s latest clampdown and is struggling with the idea of closing up amid Carnival.

Waguespack said the bar’s earnings were down 75 percent in 2020 compared to the year prior. Also, she had to terminate some 170 staff members and currently only has about 30 people working.

“It’s our New Orleans weekend, and the fact that we can’t celebrate takes away a huge chunk of our being,” Waguespack said. “People don’t realize it, but Mardi Gras to us is a lot more than beads in the streets. It’s a whole culture.”