Solar panels are a pain to recycle. These companies are trying to fix that.

Home TOP STORIES Solar panels are a pain to recycle. These companies are trying to fix that. 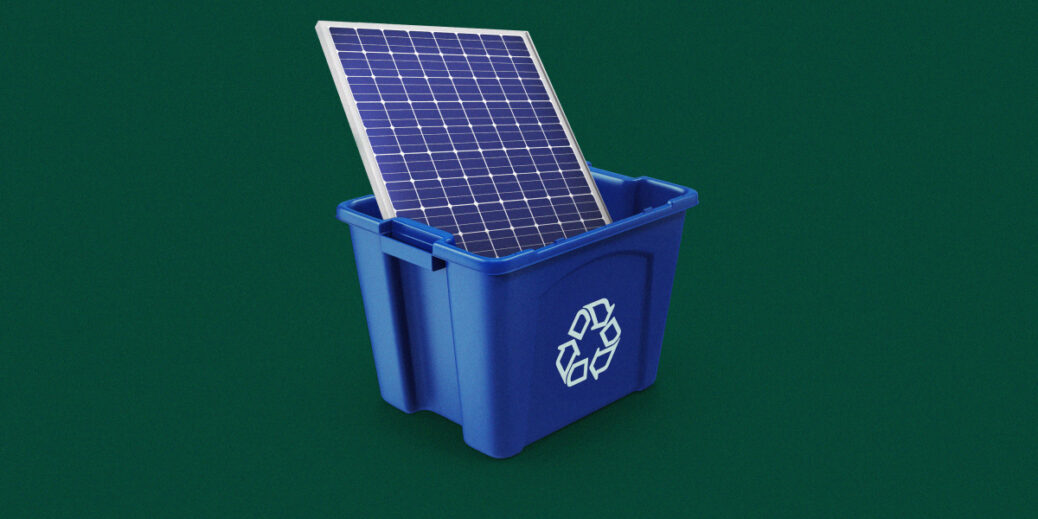 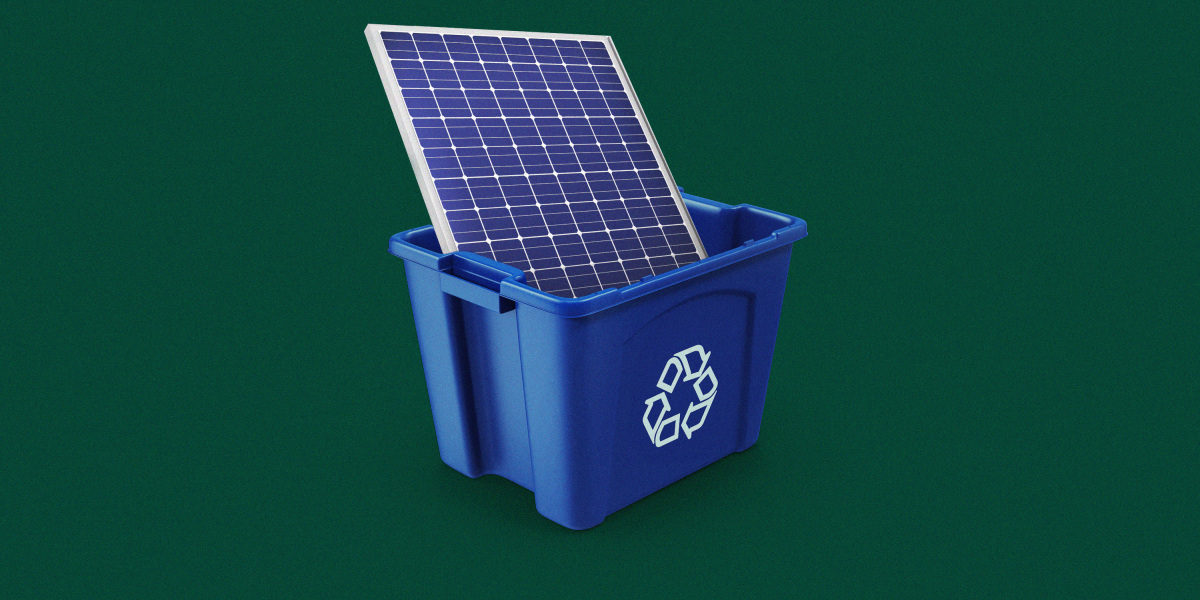 Expanding solar-power production is key to reducing emissions worldwide. Globally, solar panels produced 720 terawatt-hours of energy in 2019, accounting for around 3% of the world’s electricity generation. And it took about 46 million metric tons of solar panels to do it.

About 8 million metric tons of decommissioned solar panels could accumulate globally by 2030. By 2050, that number could reach 80 million. Recycling these panels could provide a new source for materials that would otherwise need to be mined (potentially under unsafe or exploitative working conditions), making solar a more sustainable piece of the clean-energy puzzle.

What’s in a solar panel?

Solar panels are laid out like a sandwich with cells in the center. About 90% of commercial solar panels use silicon as the semiconductor, which converts light into electricity. Thin strips of metal, usually silver, crisscross the surface of silicon crystals in each cell and move electricity into the panel’s copper wiring.

The solar cells are encased in a protective barrier, usually a transparent plastic called EVA. Another layer of glass goes on top, and a different kind of plastic, like PET, covers the back. The whole thing is surrounded by an aluminum frame.

This layered construction protects cells from the elements while allowing sunlight through, but it can be difficult to deconstruct when the panels have reached the end of their life.

Some companies try to refurbish and reuse panels that have lost efficiency, or at least rescue some of their components. Reuse is the simplest and cheapest way to “recycle” panels—it requires the least processing and commands the highest price.

A panel might cost around $55, while a used panel might be resold for around $22. Or the used panel’s components might be sold for a total of up to $18, according to Meng Tao, an engineering professor at Arizona State University and founder of a solar-panel recycling startup called TG Companies.

Although some resellers offer used panels for sale to residential customers, they don’t offer much price savings. Panels only make up, at most, about half the cost of a residential solar array, with the other equipment and permits accounting for the rest. Given that used panels don’t generate as much electricity, the money saved by buying them might not be worth it.

Used panels that can’t be resold are destined for either the landfill or some type of recycling. In the absence of federal mandates, Washington recently passed recycling requirements for manufacturers, and other states are now considering doing the same. The EU, meanwhile, requires manufacturers to collect and recycle used solar panels and fund research on end-of-life solutions for the technology they produce.

Some waste facilities can recycle solar panels using mechanical methods. Most pop off the aluminum frame and grind all the glass, silicon, and other metals into a mixture called glass cullet, which can be sold for building materials or other industrial applications.

But cullet isn’t worth much—around $3 for a panel’s worth of the mixture. And it’s not clear if there will be buyers for all the cullet that would result from recycling many more solar panels, Tao says. Being able to extract pure, valuable materials might help make recycling more profitable.

In 2018 the waste management company Veolia, based near Paris, opened what it says is the first recycling line developed specifically for recycling solar panels. Located in Rousset, France, the plant also uses a mechanical recycling process, although since it’s designed for solar panels, more components are recycled separately than at facilities using general e-waste recycling equipment. But some companies are betting that other methods, like thermal and chemical processes, will be even more efficient.

ROSI Solar, a French startup founded in 2017, recently announced plans to build a new recycling plant in Grenoble, France. Yun Luo, ROSI’s CEO, says the company has developed a process to extract the silver, silicon, and other high-value materials from used panels. The plant should open before the end of 2022 with a contract from Soren, a French trade association.

Soren is also working with a French logistics company called Envie 2E Aquitaine, which will try to find other uses for decommissioned solar panels. If the panels aren’t operational, the company will remove the aluminum frame and glass before passing them along to ROSI to recycle, Luo says.

ROSI focuses on recovering silver and high-purity silicon, since these two materials make up over 60% of a panel’s cost. The company uses a proprietary chemical process on the remaining layers, focusing on removing the tiny silver threads that transmit electricity through a working solar panel.

Luo declined to go into specifics but says the company can recover nearly all the silver in a solid form, so it’s easier to separate from the other metals, like lead and tin. Luo says that the company also recovers the silicon in a pure enough form to process and reuse in new panels or EV batteries.