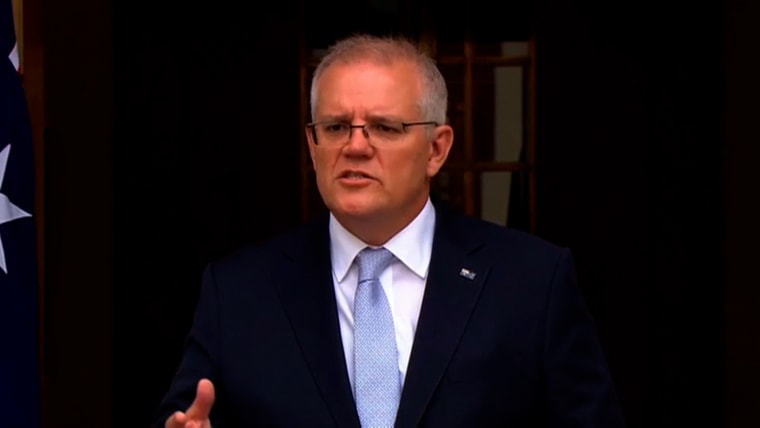 Tennis star Novak Djokovic‘s appeal against his visa cancellation in Australia has been adjourned until Monday, leaving his chances at defending his Australian Open title in question after he was blocked from entering the country.

The Serbian star will now have to remain in a quarantine hotel in immigration detention as he awaits a decision, according to The Associated Press.

Meanwhile, Rafael Nadal expressed some sympathy for his rival’s plight on Thursday, but said that ultimately, Djokovic would have to accept the consequences of his decisions.

Australian authorities barred Djokovic, the world’s top-ranked male player, from entering the country on Wednesday, before ordering him to leave early Thursday morning local time. The Australian Border Force confirmed it had canceled his visa after he “failed to provide appropriate evidence” to meet the country’s entry requirements.

The decision came after Australians expressed outrage over news that Djokovic, 34, had been given Covid vaccination “exemption permission” to travel to Australia to play in the tournament as the country grapples with another surge in Covid-19 cases.

Australian Prime Minister Scott Morrison was among those who said the  record nine-time Australian Open champion should not get special treatment to enter the country, which has imposed some of the world’s strongest border restrictions in the midst of the pandemic.

“Rules are rules,” Morrison said as he stressed that “ultimately this is the responsibility of the traveler.“

“It is for the traveler to be able to assert and back up their ability to come into the country consistent with our laws,” he said.

Under Australia’s current border restrictions, those who are unvaccinated can only enter the country if they have a valid medical exemption.

At a later news conference, the Morrison said that Djokovic had not been “singled out,” but suggested that the tennis star had attracted the attention of Australian border authorities because of his past statements condemning vaccine mandates.

“They (the Australian Border Force) act on intelligence to direct their attention to potential arrivals,” he said.

“When you get people making public statements about what they say they have and what they’re going to do and what their claims are, well, they draw significant attention to themselves and anyone who does that, whether they’re a celebrity, a politician, a tennis player, a journalist, whoever does that well, they can expect to be asked questions more than others, before you come,” Morrison said.

Federal Circuit Court Judge Anthony Kelly said there had been a delay in receiving an application for a review of Australia’s visa decision, according to the AP. Meanwhile, a lawyer for the government said they agreed that the tennis player should not be deported until Friday at the earliest.

In an Instagram post on Wednesday, Serbian President Aleksandar Vucic said he had told Djokovic over the phone that “the whole of Serbia is with him.”

Vucic said Serbian officials were “doing everything to see that the harassment of the world’s best tennis player is brought to an end immediately.”

If Djokovic is deported from Australia, it would risk dashing his chances of competing in the Australian Open, which starts Jan. 17.

Also on Thursday, Spanish tennis star Nadal said that while he was unhappy about the whole situation, Djokovic was ultimately responsible.

“In some way I feel sorry for him,” he told reporters after winning a match at the Melbourne Summer Set ATP 250 tournament, according to Sky Sports, which is owned by NBC News’ parent company, Comcast. “But at the same time, he knew the conditions since a lot of months ago, so he makes his own decision.”

“I believe in what the people who knows about medicine say, and if the people say that we need to get vaccinated, we need to get the vaccine,” said Nadal, who is double vaccinated and who contracted Covid himself just last month after playing an exhibition in Abu Dhabi.

He also empathized with those outraged by Djokovic’s initial exemption.

“It’s normal that the people here in Australia get very frustrated with the case because they have been going through a lot of very hard lockdowns, and a lot of people were not able to come back home,” he said.

The Victoria state government is requiring that all players, staff and fans attending the Australian Open, be fully vaccinated unless there is a valid reason for exemption.