After FDA approval of Pfizer vaccine, several steps still left before kids under 12 can be vaccinated

Home LIFESTYLE HEALTH & FITNESS After FDA approval of Pfizer vaccine, several steps still left before kids under 12 can be vaccinated 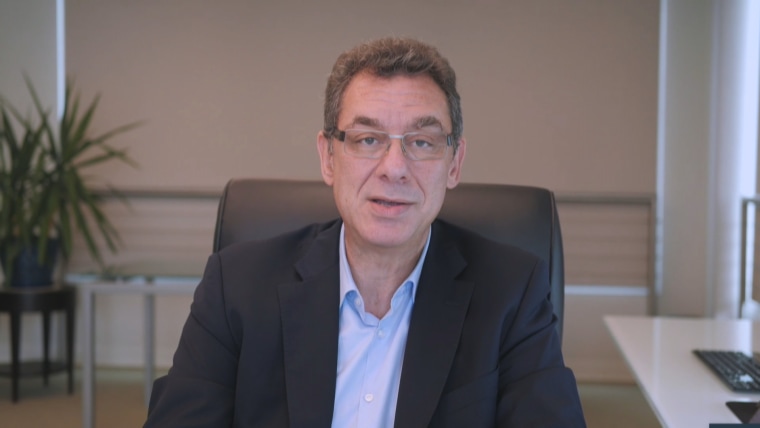 The Food and Drug Administration’s decision to grant full approval to Pfizer-BioNTech’s two-dose Covid-19 vaccine Monday for people ages 16 and up is a pandemic milestone, but parents may wonder what it means for their young children who still aren’t authorized to get vaccinated.

While Mondays approval doesn’t cover young people ages 12 to 15, they can still get the Pfizer vaccine through emergency use authorization.

No Covid vaccines have been authorized or approved for use in children under 12. Emergency use authorization for younger children is expected in the fall or winter. But several steps need to be taken first, including the completion of clinical trials.

Dr. Peter Marks, the director of the FDA’s Center for Biologics Evaluation and Research, said in a video news conference Monday that trials for vaccines for children continue and that the agency “has to wait for the company to submit the data from those trials so that we have a good safety dataset, because we certainly want to make sure that we get it right in the children ages 5 through 11 and then even in younger children after that.”

The Pfizer vaccine has been shown overall to be safe and highly effective in preventing severe illness among people ages 12 and up, but vaccinating younger children requires extra scrutiny and study. Researchers at Pfizer and Moderna — whose vaccine is approved for people 18 and older — are seeking to answer questions about how safe and effective the vaccines are in children and trying to determine the proper dosage.

Pfizer CEO Albert Bourla told NBC News’ Lester Holt on Monday that the company is running “very large studies right now” with children under 12. He said it expected that studies on children ages 5 to 11 would be completed in September and that the company could then submit the data to the FDA.

Pfizer expects data on toddlers up to age 4 soon afterward, NBC News has reported. Moderna’s timeline for data on children is likely to be in late fall or early winter.

The FDA has asked for four to six months of follow-up safety data from the children’s clinical trials — compared to two months’ follow-up data required for the adult vaccine trials.

The American Academy of Pediatrics, or AAP, said in a statement Monday it “has called on the FDA to work aggressively to authorize a vaccine for ages 11 and younger” as the delta variant spreads throughout the country among unvaccinated people, including children. The organization also discouraged parents from seeking the vaccine “off-label” — a practice in which doctors prescribe approved drugs for unapproved uses — citing a lack of safety and efficacy data.

The AAP said there were 180,000 new cases of Covid-19 among children and adolescents in the week that ended Thursday.

“The clinical trials for the Covid-19 vaccine in children ages 11 years old and younger are underway, and we need to see the data from those studies before we give this vaccine to younger children,” AAP President Lee Savio Beers said in the statement. “The dose may be different for younger ages. The AAP recommends against giving the vaccine to children under 12 until authorized by the FDA.”

NBC News reported last month that emergency authorization for Covid-19 vaccines in children under 12 could come in early to midwinter, according to an FDA official. The agency hopes to then move quickly to full approval for that age group.

Daniella Silva is a reporter for NBC News focusing on the economic recovery and its effect on families, as well as immigration.