What scientists want to know about the new coronavirus variant in the U.K.

Home LIFESTYLE HEALTH & FITNESS What scientists want to know about the new coronavirus variant in the U.K. 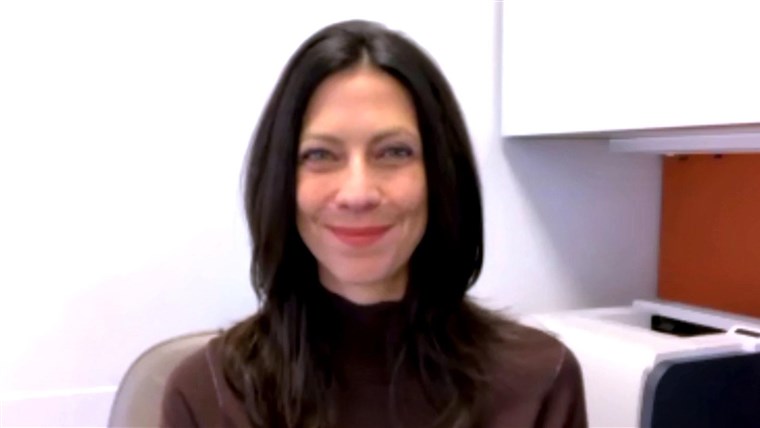 A new variant of the coronavirus first identified in the United Kingdom has sparked alarm across the globe, but scientists say there is still much to learn about whether these changes to the virus make it more infectious.

The variant, called B.1.1.7., has a handful of mutations in its genetic code. Some of these mutations slightly alter the virus’s so-called spike protein, which allows it to bind to and infect cells. These alterations to the spike protein could potentially make the virus spread easier.

But whether the new variant is in fact more transmissible is a major question for scientists.

British officials have based their claims on modeling projections, looking at the increase in cases and how many people have the new variant, but scientists don’t yet have lab data to confirm this, said Jason Kindrachuk, an assistant professor of medical microbiology and infectious diseases at the University of Manitoba in Canada.

In other words, it’s not yet known if the surge in cases in the U.K. is in fact because of a change conferred by the variant, or if it’s simply due to the variant being at the right place at the right time.

As the U.S. Centers for Disease Control and Prevention noted in an update to its website on Tuesday, “although a variant may predominate in a geographic area, that fact alone does not mean that the variant is more infectious.”

“We need to get that biological validation,” Kindrachuk said. “The epidemiology data and even some of the viral load data that came out yesterday suggests that there’s certainly some smoke there.”

These experiments could also answer other questions Kindrachuk has, including whether the new variant does more damage. Tissue samples from animals could be studied to see how it affects organs like the lungs.

“Within a few weeks you could have a very good indication of what you’re looking at with this variant,” he said.

Angela Rasmussen, a virologist at the Georgetown Center for Global Health Science and Security in Washington, agreed that more research is needed to confirm whether the new variant spreads more easily.

There are several factors scientists can look at that could play a role in making the variant more contagious.

“It’s unclear right now whether that is because the virus grows to higher levels, is better at binding its receptor and infecting cells, or is being shed in greater amounts,” Rasmussen said.

In studies in animals, “you could see if more variant virus is shed in the upper respiratory tract or if it can be transmitted more readily to other animals.”

Another factor that could allow a virus to spread more easily is if it becomes more stable, Adriana Heguy, director of the Genome Technology Center at NYU Langone Health in New York City, said. For example, a mutation improving the stability of the spike protein would give the virus a greater chance of infecting someone.

“I believe our U.K. colleagues are doing the experiments right now to determine if it’s more transmissible, [and] why it appears to be so,” Heguy said in an email.

Still, Rasmussen noted that regardless of whether the variant turns out to be more transmissible, “we have a huge issue with uncontrolled spread of all SARS-CoV-2 variants as it is.”

“I implore those concerned about this variant to consider that they can protect themselves against this and all other variants by implementing as many exposure reduction measures as possible,” she said. Those tried-and-true measures include wearing masks, staying home, washing hands regularly and avoiding travel, enclosed spaces and gatherings with people outside your household.

One thing that the emergence of the new variant has made clear is that scientists must pay greater attention to how the virus is changing in the real world. Though mutations are common, and indeed expected, these changes could ultimately affect how well drugs and vaccines work against the virus.

BioNTech, the German company that has partnered with Pfizer on a Covid-19 vaccine, said in a statement that it is “currently investigating the impact of our vaccine on this mutation.” Several countries, including the U.K. and the U.S., have started administering Pfizer-BioNTech’s vaccine, and the European Union authorized use of the vaccine on Monday.

“So far we have tested approximately 20 different mutations and the vaccine was able to address all of them,” the statement continued. “It is too early to draw any conclusions at this stage, but our vaccine is able to mount a strong and broad immune response so we remain optimistic.”

If the vaccine did need to be modified, it would take about 6 weeks to do so, BioNTech CEO Ugur Sahin said during a press conference Tuesday.

David Engelthaler, a geneticist at the Translational Genomics Research Institute in Arizona, said that we need to increase our surveillance of genetic changes to the coronavirus to study how the virus is changing in real time.

“It’s becoming more and more clear that we really need to watch this virus closely. It is not a static thing. It is continuing to evolve and change in slight ways that may make a big difference” he said. “Otherwise the virus will always be 10 steps ahead.”

The U.K. has a robust system in place to monitor for genetic changes in the virus; in the U.S., however, just 0.3 percent of infections have been genetically sequenced, according to the CDC. That means that while the variant has not been reported in the U.S., it’s possible that it’s already here, undetected.

Rasmussen and Kindrachuk both described the new variant as a “wake-up call” to expand genetic sequencing of the virus in the U.S., regardless of whether this variant turns out to be more transmissible.

Heguy also advocates for such a system. She’s been involved with sequencing genomes of the coronavirus in New York City and was part of the team that discovered that most of the cases in the city’s spring surge had come from Europe, not China.

Right now there is no reason to believe that the current vaccines won’t be effective against the new strain identified in the U.K., she added.

But Heguy isn’t ruling out the possibility that Covid-19 vaccines may need to be modified in the future, depending on how the virus evolves.

“In the end, it’s possible that seasonal adjustments to the vaccine may need to be done, like for flu. We don’t know yet.”